Home Thought Leadership Why Foreign Banks Are Absent In Nigeria 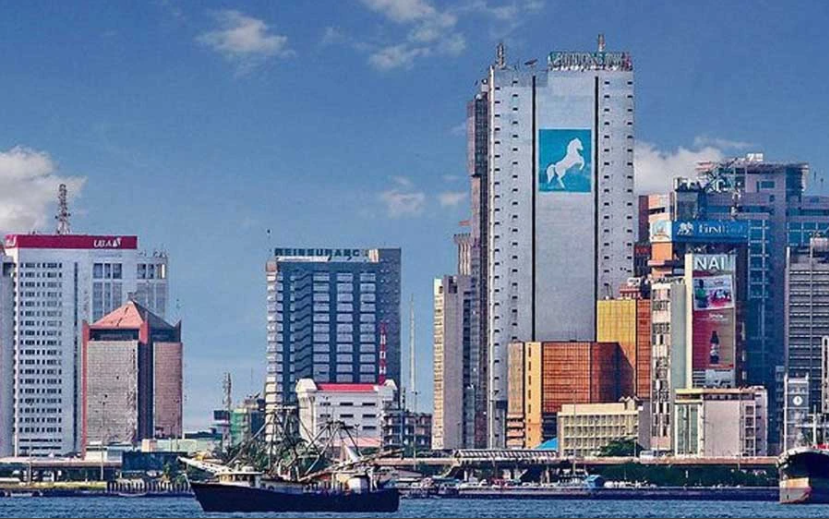 Privately owned Nigerian banks hold 94% of Nigerian banking assets. Only one other country in the world – Israel – has a higher share of ownership by local banks. The share of banking assets is the most reliable way to measure market power and competitive position.

Some of the world’s largest banks are active in other parts of Africa. But they are either not present in Nigeria or have minimal activity in the country.

This competitive dynamic is unlike other countries’ banking industries. It’s also unlike other industries in Nigeria, which are dominated by foreign firms.

One theory about the reason is that foreign firms experience challenges outside their own countries simply because they are foreign. Another is that local banks have an easier time since they’re rooted in the country.
But these theories don’t hold water in Nigeria. It is Africa’s largest and most populous country. It has the second largest financial sector in sub-Saharan Africa. And with annual average GDP growth since independence above 4%, Nigeria is on par with the fastest growing African economies. Its per capita GDP growth has been ahead of all except Egypt. Overall, Nigeria offers attractive opportunities for foreign banks.

For decades, the country has been among Africa’s major recipients of foreign direct investment in other industries.

But, in contrast to the market position and competitive prowess of foreign banks in most other African countries, their activity in Nigeria is tiny. They focus on serving the cross-border transactions of large foreign multinationals investing in Nigeria. Vast opportunities in this market are left untapped.

Our in-depth study of the Nigerian banking industry, published in 2019, offers some clues as to why.

The drivers
The paper was based on interviews with industry experts and practitioners. We also reviewed published and unpublished documents on the industry and its historical development.

Common explanations for the superior performance of local firms focus on government support via subsidies, taxes, and the like. Less attention has been paid to government policies in shaping the market structure and creating a competitive environment that is conducive to developing competitive strength. This study demonstrates how such regulation enables Nigerian banks to dominate the market and arrest the growth of foreign banks.

Policymakers in other countries may want to emulate this approach to upgrade their local banking industry based on indigenous capabilities.

What is different about Nigeria’s banking industry?
Nigeria’s regulatory approach towards both foreign and indigenous banks has been a unique one since independence. It created a balanced market structure that allows banks to innovate and upgrade their capabilities.

This regulatory approach encouraged the emergence of banks large enough to develop competitive strength and invest in capability development.

The three largest banks in Nigeria account for about 40% of total banking assets in the country. This is half that of South Africa and the average for sub-Saharan Africa. It is also considerably lower than the averages of all other emerging regions.

This suggests the industry has been sufficiently fragmented to prevent strong market players from reducing incentives for capacity development. This fragmentation created competitive pressure that forced the banks to upgrade their capabilities to survive and succeed.

By the end of the 2010s, there were over 20 banks in Nigeria licensed to provide banking services. The number has been declining continuously since independence in a consolidation process imposed by a series of regulatory interventions. These raised the minimum capital requirements for entry into the industry and continuous operation to ensure adequate capitalization.

A strict governance code imposes corporate governance standards that conform to international best practices with high levels of transparency and accountability. A revised capital base requirement introduced in response to the 2008 financial crisis set the capital base level at 15% of common equity, far above the 4.5% required by international standards.

These moves aimed to secure the strength of local banks and the stability of the industry.

Our study demonstrates that an open and liberal environment that does not shield local firms from foreign competition can lead to positive outcomes.

An example for all.
Government policies have long been recognized as a decisive factor in the competitive strength of national firms in a global world. Most of the time, however, the focus has been on governments prohibiting foreign entry and setting up the terms of foreign firms’ local activity.

Our study offers important lessons for policymakers: it draws attention to market structure as a determinant of indigenous capability development. Policymakers in other African countries and elsewhere should consider this as they design banking industry policies.

The balance between firms’ size (which provides the means for capability development) and competitive intensity (which offers incentives to do so) is the critical aspect of market structure that requires regulatory attention. Policymakers should shape this balance in a manner that maximizes capability development.