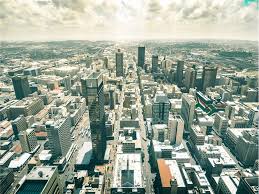 How Africa’s population evolves, and how its economies develop, will affect nearly every region of the world. The continent’s growth will depend on modernizing agriculture, improving education and eliminating barriers to the movement of goods, people and capital.

If climate change is the most important matter of common concern around the world, what comes second? Perhaps nothing close. But by my lights, the usual looming questions—about the fate of American power and influence, Brexit, the related viability of the European Union, and the many uncertainties surrounding the rise of China—seem almost parochial in comparison to one that gets immeasurably less international attention: the future of employment in Africa, where unprecedented demographic transitions are underway.

Based on current projections, the continent’s population of nearly 1.2 billion people will rise to 2.5 billion by the middle of this century—more than China and India combined. From there, it becomes harder to predict with any certainty, but Africa could very well have a staggering 4 billion people or more by 2100, according to United Nations projections, meaning that the continent alone would account for more than a third of the human population.

This is at once a topic that lends itself to lots of fear-mongering and racism as well as disinterest and neglect, none of which the world can afford. That is because how Africa’s population evolves, and how the continent’s economies develop, will affect nearly everything people near and far assume about their lives today.

Europe—more deeply connected by history to Africa than most Europeans realize, and positioned right on the continent’s doorstep—will be the most dramatically affected. But as a new African diaspora swells, virtually every region of the world will be too. Think of Israel, which has tried to pay thousands of African migrants to leave the country, offering plane tickets and $3,500. Think of Latin America, which has become a surprising migration route for Africans hoping to reach the United States. Think of faraway China, where an African community in the hundreds of thousands—estimated to be the largest in Asia—is centered in the city of Guangzhou. Think of the United States itself, already home to one of the largest African diasporas in the world, by virtue of its history of slavery, as well as through more recent migrations. All will see much larger populations of African immigrants seeking to build new lives, likely orders of magnitude more.

Africa’s huge population growth will surely lead to alarmist calls from outsiders on how to limit this demographic boom. Yet Africans should not and will not submit to the proposition that they are any more of a problem than people from any other part of the world, especially given the history of the slave trade that for centuries drained the continent of millions of its most able-bodied people to serve the needs of other countries. People from Africa are as much of a resource as humans anywhere. Europe today already faces its own stark demographic challenges, but they are precisely the opposite of Africa’s. Europe’s crisis is one of falling birth rates—some of the lowest in the world—and an aging population. This demographic decline is already leading to shortages in the European labor market and other economic strains.

Against the current tide of xenophobic populism, European leaders must find the courage to embrace African immigration much more actively. Since African migrants will be coming to Europe one way or another, the smartest approach is a form of enlightened self-interest that gradually increases immigration levels and works to welcome more and more African labor and talent into the European workforce. To succeed, governments and civil society will need to work to educate Europeans about what is at stake for them, and not make integration seem merely inevitable, but positive.

But this all comes back to jobs, and for good reason. Employment in Europe, North America and even further afield will not be enough to meet the needs of Africa’s burgeoning population. Employment in Africa is the most urgent challenge, but one that much of the world is ignoring. Instead, observers and policymakers in both Europe and the United States get riled up about reports of China’s economic advances across Africa, or more recently—and even more laughably, given the size of its economy—Russia’s.

Some commentators also pretend that China is in the process of industrializing Africa. This is largely a fantasy, and an unhealthy one, because it makes space for magical thinking about the continent’s problems and thereby avoids serious focus on the daunting challenges at hand. Through no real fault of its own, China is mostly an obstacle to African industrialization. That’s because China industrialized decades ago and now dominates with overwhelming advantages of scale most of the sectors that newly industrialized economies, like those in Africa, seek to enter. African economies trying to follow China’s lead, therefore, face historically uncommon challenges. Coupled with another challenge that Africa faces—its severe Balkanization into 54 mostly small states, many of them further handicapped by being landlocked—the prospects of deep or widespread industrialization become even more unlikely.

The practical solutions for Africa are threefold. First, agriculture, not industry, is the key to providing work for the hundreds of millions of Africans to come. In many African countries, more than 50 percent of the labor force already works in agriculture; in some states, like Burundi and Burkina Faso, it is more than 80 percent. Yet Africa has the least productive agriculture of any continent, according to the World Economic Forum, and at the same time has the most unexploited productive land.

Every bit of this equation has to change, with the help of every major foreign partner. Agriculture can become a dramatically larger source of wealth for the continent and its peoples, one that gives them hope and reasons for sticking around. “The continent’s best bet is agriculture—modernizing agriculture,” W. Gyude Moore, a former Liberian minister of public works, and now a fellow at the Center for Global Development, told me. “A robust agriculture sector that begins to trade with other sectors of the economy will be the basis of a sustainable path to industrialization. It will provide food security and improve balance of payments, as food imports decline.”

The second pillar is education. Here again, every self-described African partner should be redoubling its investments, in good measure for reasons of self-interest. Better education on the continent—from universal literacy and schooling for girls to vocational training and higher education—will help the continent modernize, raise incomes and encourage people to remain in their places of origin by increasing their wealth. But since vastly greater emigration is inevitable, education will also help raise the capacities of those who leave the continent, and make them better able to contribute to where they go. Already in the United States, it is an underrecognized fact that African immigrants have a higher level of education than both the immigrant population as a whole and the U.S.-born population.*

Finally, Africa and its foreign partners must greatly accelerate ways to remove barriers that still hinder the movement of people, goods and capital between the continent’s many small and divided markets. There has been some encouraging news on this front lately with the launch of the African Continental Free Trade Area, or AfCFTA, an agreement that aims to create a common market starting next year. Its promise, however, is already challenged by the reluctance of some of Africa’s largest economies, such as Nigeria, to live up to the deal’s terms.

Europe, which drew the arbitrary lines that divided much of Africa at the Berlin Conference of 1884-1885, should take the lead in helping the continent accelerate and deepen these kinds of economic reforms. Its own experience in expanding continent-wide trade and economic ties, culminating with the European Union, makes it an especially apt partner.

Europe’s political imagination and economic will in forging new relations with Africa—ones based on belief in their common destiny—have been flagging since the Cold War. If Europe fails to help engage the continent in much more transformative ways now, before the demographic momentum becomes overwhelming, it will have itself to blame.

Howard W. French is a career foreign correspondent and global affairs writer, and the author of four books, including most recently “Everything Under the Heavens: How the Past Helps Shape China’s Push for Global Power.”