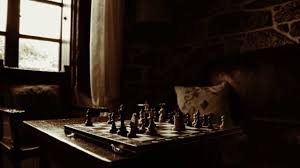 The economy has come to the point where the ‘Military-Industrial-Media-Entertainment-Network’ is so sophisticated that a hypermedia environment has given birth to a new preferred battlefield. This latest form of “extension of policy by all means” states the ultimate target as the mind, the cognitive reality of individuals and groups.  The battlefield is six feet above the ground in the six inches between the ears.

Cognitive Warfare is the latest evolution of conflict. It is a battle space at the confluence of information warfare, propaganda, cyberspace incursions, social media, algorithms, big data and behavioural communications just to name a few.  It is the latest threat that businesses within complex global supply chains need to be aware of and be able to manage.

At the same time, the state of international relations globally has come to the point where major direct conflict may be impossible to imagine. The MAD doctrine or Mutually Assured Destruction has permeated into the thinking of long-term planners, so the next option is to attack supply chains. A battle without shooting a single bullet where companies can end up as casualties of war.

Cognitive attacks in the corporate sense of the word are effectively defined as the actions that show up as messages that negatively impact the thinking of those individuals or groups that directly or indirectly influence a business or supply chain.  These communications often fall on the heads of corporate communicators but in fact, it goes deeper than the job scope and pay grade of communications teams.  The importance of understanding these advanced business threats now falls on the shoulders of board members and C-suites.

The more critical the product or service to a country’s national interest, the more likely that it will end up on the frontlines.  Large companies with public ownership are particularly vulnerable to a crisis that can erode value in a matter of hours.  The cost of losing a battle in a cognitive war may be directly related to the balance sheets, shareholder value, evaporated public trust or the head of the CEO.

In Malaysia, the most famous example would be the ongoing challenges faced by palm oil giants. The complexity of attacks and planning far outweighs the conventional thinking that “the campaign against palm oil” is just the work of determined interest groups.

The baseline for defence is a well regimented Environmental, Social, and Governance (ESG) programme. This will often be the preferred angle of attack, utilising local interest groups, misinformation and even fake non-governmental organisations (NGOs) on one hand.  The other tactic, even more powerful, is the use of indisputable facts verified through credible international agencies with access to international media networks.  A new breed of mercenaries exploits gaps in cybersecurity and community engagement with weaponised communications designed to bring companies to their knees.

Corporations are in a digital arms race; it is just that many do not realise it.  Having the digital arms in this case is not enough. The organisation needs leaders who understand how to use these assets within the new strategic landscape. It is therefore imperative that corporate decision makers be aware of the threats and how they might play out.