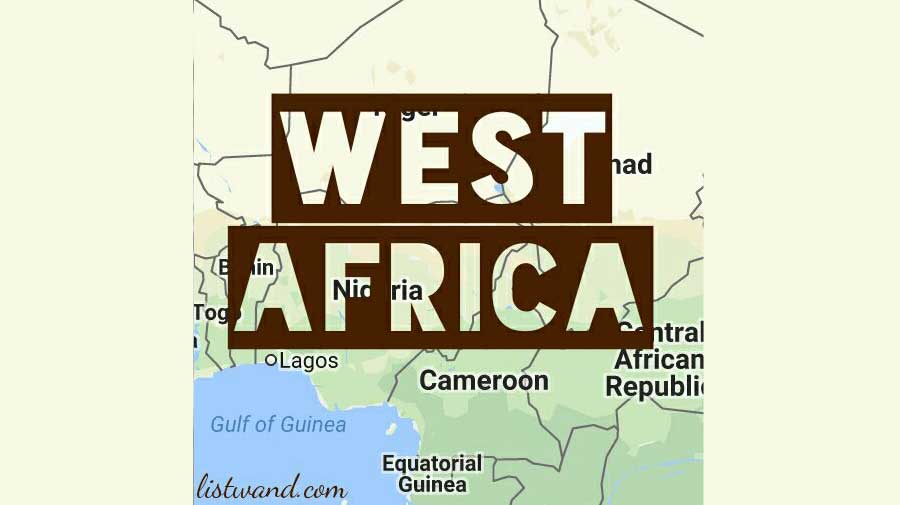 Lately, West Africa has been gaining attention as an emerging market for investors worldwide, thanks to the adaptability of the popular economy, the region has managed to provide the necessities of life.

To begin with, the Economic Community of Western African States (ECOWAS) was established on 28 May 1975 to promote the economic integration of the constituting countries. ECOWAS consists of 15 members and is seen as a major pillar of the African Economic Community.

ECOWAS envisions a borderless region where the population can access its abundant resources and exploit them through the creation of opportunities in an environment that fosters sustainable development. A key achievement of ECOWAS is the creation of an integrated region where people are free to move, have access to effective education and health systems, as well as be able to engage in economic activities and trade in peace and security. According to ECOWAS principles, the region should be governed according to democracy, the rule of law, and good governance.

It is a well-known fact that the West African Region is elevating from ‘deficits’ and ‘gaps’ to a region full of prospects and opportunities for investors. Major developments were driven by these growing trends, i.e., diversification, customer awareness, digitalization, and investment. Though there are deficits, investors have realized the opportunity to grow there and fill those wide gaps. As investment will continue to increase, the standards of business, as well as lifestyle, will improve over the period.

The 1975 Treaty was revised in 1993, which introduced several changes and provisions which highlighted the shift in the integration process in West Africa. So, the objectives in the treaty became broader and various innovations were introduced to redefine the aspects of the regional integration process. The common markets were described as an objective with necessary steps i.e. Free Trade Area establishment, common external tariff, and a common trade policy.

The Fundamental principles that were aloof in the 1975 Treaty got introduced in the 1993 revised Treaty.

By affirming that the “High Contracting Parties in pursuit of the objectives stated in Article 3 of this Treaty, solemnly affirm and declare their adherence to [the principles of] recognition, promotion, and protection of human and peoples’ rights in accordance with the provisions of the African Charter on Human and Peoples’ Rights and accountability, economic and social justice and popular participation in development”

Adoption of ECOWAS Vision, 2020 in June 2007 was further a reaffirmation to the region as well as the citizens of West Africa in the regional integration.

The introduction of the political dimension in ECOWAS is one of the major developments in the integration process of West Africa. Economic cooperation faced several political challenges for decades, which led to instability and the absence of peace. The community introduced legal instruments and frameworks emerging in the geographical area to deal with these challenges. Moreover, in 1999, protocols related to mechanisms for conflict resolution, prevention, peace-keeping, and security were signed which further strengthened the legal basis for the intervention in peace and stability, and were signed by the Heads of State and Government. A supplementary protocol on democracy and good governance was signed after two years (2001), along with the reinforcement of the previous protocol. Common constitutional principles that defined the political dimensions in the ECOWAS were zero tolerance for unconstitutional means, participation in decision-making, and decentralization of power of governance.

One of Furthermore, under As mentioned above, West African countries have been emerging as one of the preferred destinations for investments. Under the African Continental Free Trade Area, the free trade agreement will become operational in 2021. Furthermore, West Africa’s new eco currency harmonized the monetary policy as well as eased visa requirements.

With the rise in the oil industry, it is evident enough that West Africa provides a greater return on investment and trade opportunities than investors elsewhere in the world. This is one of the major reasons why countries like the United States, America, France, China, and India are eager to set up a business in the Western African market. In addition to the oil boom, there is also a commodity boom where primary goods are being exported out of Africa, mainly to India and China. Taking into account these developments, plus the democratic dividend, doing business with West African countries could be a beneficial venture.

The majority population of the region consists of young people with an average age of 19 years. Moreover, it is one of the fastest-growing regions. The future for investments along with the oil and gas industries, clothing, automobile, and all sorts of businesses are secure whether you enter as an individual or in a partnership.

The region has an ample investment opportunity and its main focus is on enhancing its competitiveness and attracting more investment to drive growth and provide employment to the region. Having over 300 million consumers, rich mineral resources, and two of the world’s fastest-growing economies ‘Ghana & Nigeria, these countries offer high returns on investments that further attract businesses.

The vision of ECOWAS-2050 is an extension of the 2020 vision. Though there were several challenges, the authority succeeded in overcoming those and meeting the goals. Keeping in mind the previous concerns, a draft of ECOWAS Vision 2050 was rolled out in August 2021 with the roadmap to focus on Sustainable Development Goals. As stated in the ECOWAS Vision 2050, “It tries to build on the achievements of Vision 2020, which has established a strong foundation from an ‘ECOWAS of States’ to an ‘ECOWAS of People’ with inclusive development and comprehensive programs. Through this initiative, West African citizens’ aspirations and developmental priorities will be shaped in the next three decades.

Over the past decade, many countries in West Africa have steadily liberalized their economies and increased industrialization. Though different countries have different investment requirements, there is significant investment potential across the region in financial services; energy and power; mining; manufacturing; consumer and retail; transport; healthcare; and agro-processing, among other sectors. Investors would ultimately turn to policy frameworks and incentives offered by the country concerned. Economic development could be boosted by further improvements in macroeconomic and political stability in the upcoming decades.

Aakriti Verma is pursuing a Master’s in International Relations from Amity University.