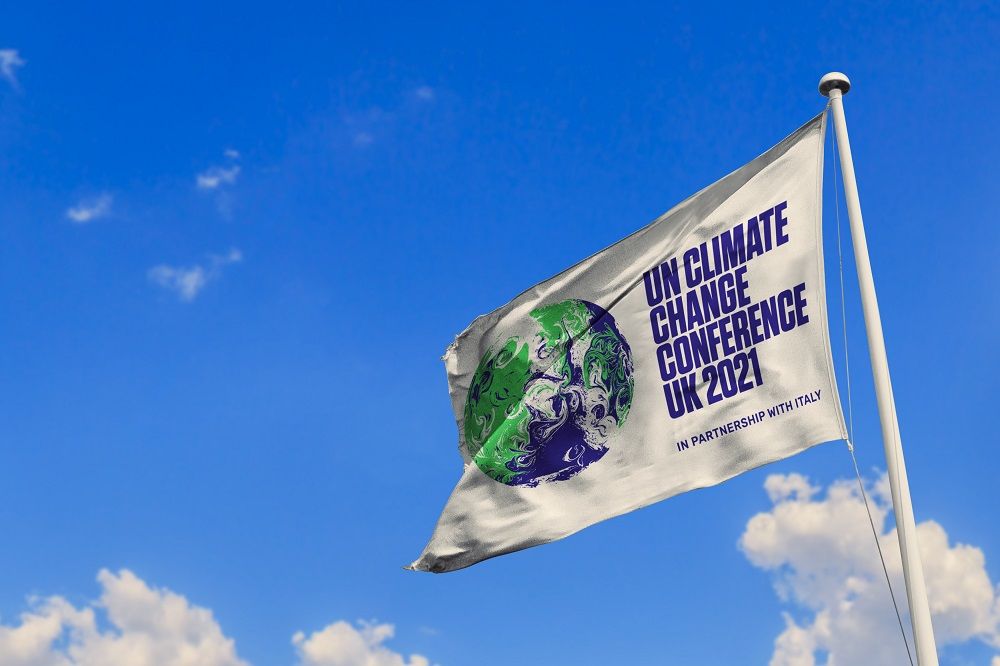 Make no mistake, we are going to Glasgow and will be proudly supporting the African energy sector and demand a just transition. We just got our winter jackets and gloves.

Despite all signs pointing to a warming planet, Europeans are bracing for the crushing effect a colder-than-normal winter could have on their pocketbooks. This year, they’ve faced one natural gas price shock after another, with continental gas prices reaching multi-level highs and futures trading at €73.150 ($85.69) per megawatt-hour near the end of September.

If the winter months bring anything but the mildest of temperatures, Europeans are likely to be struggling to pay their bills or left shivering in the dark.

There’s no single reason for the substantial rise in natural gas prices. Instead, the upswing reflects the confluence of climate change consciousness, reduced investment in fossil fuels, and mankind’s inability to control the weather. As Europe is discovering, a funny thing can happen on the way to well-intentioned plans for net-zero emissions. When an unseasonably cold winter depletes already tight gas supplies and is followed by a summer when there isn’t much wind to convert to electricity, the only choice is to reconsider using coal.

Yes, this is what a rushed transition to renewables can bring – a return to the world’s most carbon-intensive fuel.

Yet the prospect of burning coal this winter hasn’t stopped Europe from trying to force its climate change agenda onto Africa. Somehow, Europe expects Africa, which produces the tiniest fraction of the world’s greenhouse gas emissions, to accept an equal burden in eliminating them, even though that means abandoning the economic potential of its vast hydrocarbon resources.

Oh, and they want Africa to get on the renewables bandwagon now.

At the same time, Europe itself takes a giant leap backward.

What Europe forgets is that for the energy transition to be just, Africa has to first overcome significant hurdles, including those the African Energy Chamber outlines in its 2022 Africa Energy Outlook, (“The State of African Energy 2022”) to be released this month and available at the African Energy Week in Cape Town, South Africa.

Here are some of the issues the report includes.

The effect of COVID-19 on African-energy development:  Africa is still reeling from the economic hardships brought on by COVID-19. While the rest of the world’s GDP has largely returned to pre-pandemic levels, sub-Saharan Africa’s recovery is expected to take until 2023.

The difference may lie in how hard the effects of the pandemic hit Africa’s oil-exporting countries. That could best be described as delivering a one-two punch.

Together, the continent’s top four oil exporters — Nigeria, Libya, Angola, and Algeria — produce more than 4.5 million barrels of oil per day, with much of it imported by the EU and Asia. (Yes, the irony that Europe is trying to cut off its own energy source is wasted on no one.) For these nations, and a handful of others that have entered the oil production market more recently, oil revenues provide a significant or growing contribution to government treasuries; in some cases, like Nigeria, the economy centers on oil exports, which represent as much as 70% of government revenue.

As energy demand dropped and prices bottomed out amid lockdowns, oil revenues dropped precipitously, making it more difficult for oil-producing nations to keep government-funded programs going and even to respond to the pandemic. Nigeria and Angola cut production by as much as 30% compared to 2019. As the 2022 African Energy Chamber Outlook notes, COVID-19 did what years of civil war in Angola could not, bringing offshore drilling to a standstill and reducing the overall number of wells drilled to half what it was in 2014.

At the same time, low prices forced international E&P companies operating in Africa to slash their development budgets and delay final investment and project sanctioning decisions. That alone is estimated to have eliminated as much as USD150 billion of exploration and development expenditure in Africa between 2020 and 2025, according to the 2022 Energy Outlook.

Fortunately, recovery has already begun as oil prices have inched up. Activity is on the rise: Nigeria is expected to launch more than 25 new projects by 2026; the Libyan government has greenlighted $1.6 billion for oilfield development and infrastructure maintenance; Angola is incentivizing exploration; and the government of Algeria is working on creating a more favorable environment to reverse the decline in upstream investment by international energy companies.

This is all great news arising out of the dark days of the pandemic. But there’s a very real risk that pressure from climate activists and ESG investors could dampen expansion in the region and result in a serious and prolonged financial setback for oil-producing Africa.

Dangerous Forex Regulation in the Economic and Monetary Community of Central Africa (CEMAC).

While we confront market challenges, we must also confront regulatory issues that will hold us back. There is also another risk led by the Bank of Central African States BEAC and the IMF on their anti-investment Forex regulation that will essentially stop any of the international energy companies from investing in the region and put ongoing projects at risk.

Countries like Gabon, Equatorial Guinea, Cameroon, Congo, Chad and CAR must repeal this dangerous regulation as it’s no longer required and will cripple the energy sector in the region, kill investment, create unemployment and reduce government revenues. They should consider having new hydrocarbon regulations to individually exempt energy companies and service companies. Investors are seating on the sidelines or going to other African regions and avoiding CEMAC given the uncertainty created by the IMF and BEAC.

Energy companies operating in the Forex markets transact internationally and want cash to move freely and quickly without round-tripping; material transactional costs and delays that will only impact investment. BEAC has given no assurances it will not mess up and their track record predicts, they will mess up for sure. What is troubling for investors considering energy projects in CEMAC is that their investment will become more expensive, with additional material transactional risks. There is no doubt the CEMAC region will become less competitive, and all data shows to that except those of bureaucrats playing politics with the lives of Africans.

This BEAC and IMF driven regulation will put a nail to fossil fuel investment and increase energy poverty at a time when many want to see increased investment in energy. In the end the countries in the regions will be forced to compensate energy companies at a times when they have no funds.

The threat of increased energy poverty for Africans

The fact that Africa is struggling more than the West to recover from the pandemic exposes the world’s widening wealth gap. There’s no doubt that many African nations lack the economic cushioning to bounce back easily or quickly.

Experts have long believed that one way to ramp up the economies of impoverished nations is by providing electricity. Yet the pandemic not only erased the progress many African nations had made toward reliable electrification, but it also increased the number of people without access to electricity. As unemployment rose during 2020, even the most basic services became unaffordable to many.

There’s no better example of how poverty and energy poverty are intertwined.

I don’t mean to suggest that there hasn’t been progress in the electrification of Africa of late.

The percentage of sub-Saharan Africans with access to electricity has indeed risen in recent years – the figure currently stands at 46%, up from 33% a decade ago. Still, Africa lags the worldwide average of 90% by a considerable margin. If the percentages seem bad, the raw numbers are astonishing: The United Nations estimates that 97 million people living in Africa’s urban areas don’t have access to electricity; in rural areas, the population without electricity is more than four times that, at 471 million.

Considering how Africa’s population is expected to double by 2050, though, current efforts are not enough to reach full electrification. The 2022 Energy Outlook says that current electrification rates will have to be tripled, connecting 60 million people each year to reach a goal of universal access by 2030.

But if Africa is pressured to meet external climate change timetables, can’t use its oil and gas resources domestically, and has to switch to renewables before it’s ready, how will that happen? As of today, at least, that kind of energy transition will create an undue financial burden on Africa, on top of its already significant economic woes. Matters are made even worse by the fact that sub-Saharan nations aren’t receiving their fair share of international financing for renewable energy, and that financial flows to the least-developed countries were actually lower in 2018 than they were a year earlier. In fact, the Brookings Institute reports 46 of the least-developed countries combined together received only 20 percent of commitments.

So, there you have it. A rush to transition to renewables at Africa’s own expense, with pressure to leave valuable oil and gas in the ground and less financial support to the companies that would extract it.

It’s like a cold winter in Europe followed by still winds: economically impossible to deal with and likely to leave people in the dark.

NJ Ayuk is the Executive Chairman of the African Energy Chamber (www.EnergyChamber.org)