Home Thought Leadership Risks And Africa’s Open Internet -Why Its Leaders Must Act To Save... 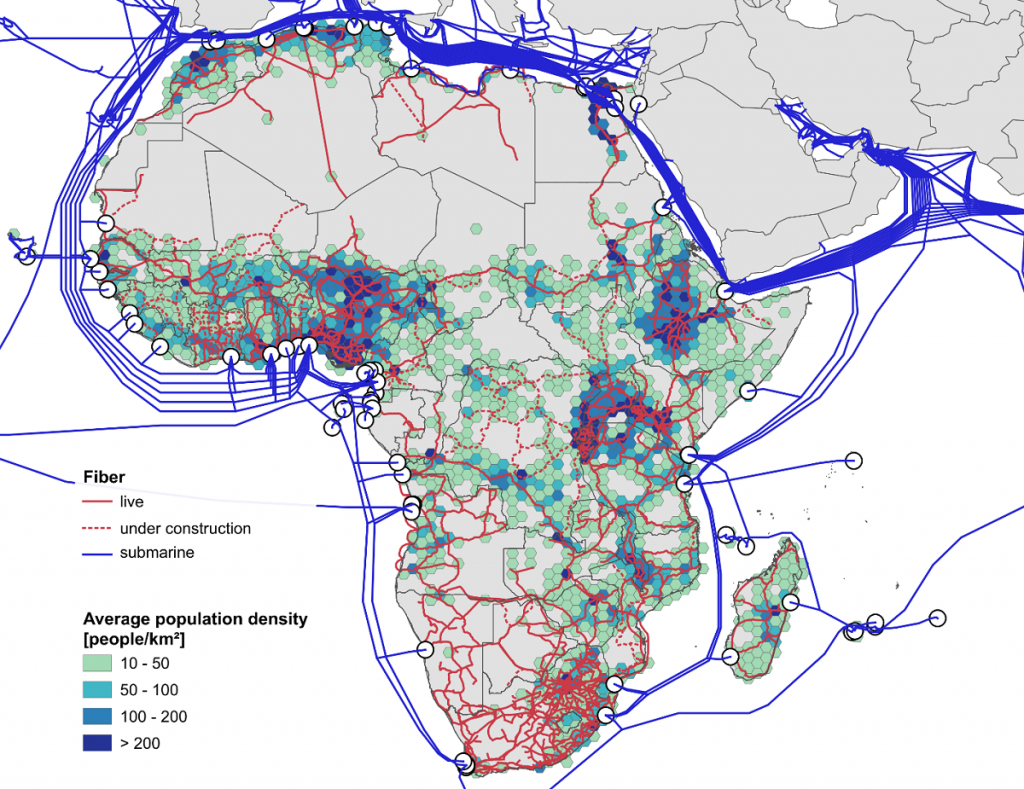 African leaders and partners have made tremendous strides in expanding internet access to millions in the last decade. But as countries reap the rewards of enhanced connectivity, Africa’s right to roam is under threat.

As one digital divide in Africa closes, another one risks opening up. Work is underway to improve the continent’s digital infrastructure, but beyond access lies a more fundamental question: as more people come online, will they experience the same internet freedoms – and the economic and social benefits they generate – as the world’s leading digital countries?

Visit tech communities across Africa and one likely finds, despite tremendous challenges, a palpable excitement about the internet among many young people unlike that experienced anywhere else in the world.

Beyond techno-solutionism, the open, global internet has made a tangible difference in the lives of young Africans who were traditionally locked out of knowledge, resources, and opportunities largely confined to the geographic borders of the West.

Like the rest of the world, many young Africans and their leaders are leveraging the democratization of access and opportunities through digital platforms for transformative social, economic, and political development.

For example, African content creators and their rapidly growing audiences around the world are telling a different, often more positive, and nuanced story about the African continent through YouTube and Instagram, and governments, such as Ghana’s, are leveraging social media platforms to drive tourism campaigns that have boosted revenues and national pride.

Over the last decade, internet access and costs have improved significantly across Africa, and consequently, increased economic output and social freedoms.

Generally, a 10% increase in mobile broadband penetration increases GDP by around 2% in the low-and-middle-income countries in Africa.

Given the effect of the internet on economic and social development, much of the political discussion about the internet in Africa has rightly focused on funding for digital infrastructure to close the digital divide, of which Sub-Saharan Africa accounts for nearly 44% of the world’s 3.7 billion without internet access. But access alone is not enough.

The principles of openness, permission-less innovation, and resilience upon which the internet was founded are now faltering. Increasing restrictions on freedoms, regulatory and technical fragmentation, and a new era of geopolitical competition have left the open internet on the brink.

The global, open, interoperable internet has long depended on US hegemony as the home of technical bodies and big tech companies, but both overt and covert tactics by powerful states such as China, emerging economies, industry, and governance bodies to gain control over the internet – often through small, imperceptible steps – are threatening its future potential.

In Africa, a combination of internet shutdowns, burdensome social media taxes, and restrictions on free speech online makes this problem especially acute. Recent data on social media censorship illuminates a worrying global trend on internet shutdowns: of 66 countries that have blocked or heavily restricted social media since 2015, almost half (31) of these are in Africa.

Disproportionate social media taxes seen in Uganda, Tanzania, and Kenya are hurting internet use, thereby suppressing the use and creation of content about African lives and its associated economic activity.

Recent reports also point to pandemic-response laws and punitive practices across Africa that have criminalized and sanctioned journalists, online activists, and bloggers in the last year, further infringing on digital rights, exacerbating the digital divide, and deepening the digital exclusion of vulnerable groups in Africa.

With support from progressive leaders around the world, especially financing that would change market dynamics and support competitive markets for internet infrastructure on the continent, African governments must avoid going down the road of restrictive internet models, and instead promote the full breadth of the economic and social benefits of the internet.

The political discussion on funding digital infrastructure in Africa is already developed, but there is no pathway to prosperity that also undermines core internet freedoms.

With almost 60% of its population under the age of 25, Africa will determine the future of the internet as the world’s youngest continent and must have a voice in today’s key internet governance debates.

A new UN Body, the Multistakeholder Panel on Internet Policy (MPIP), modeled on a similar existing body in climate policy, with nation-states, tech companies, and telecom providers, is one effort to position African countries and citizens as partners in the development of the future of the internet.

Essentially, this internet ecosystem oversight panel will provide an avenue for African governments to engage with tech companies on accountable discussions on social media governance in lieu of social media bans.

But ultimately, the onus lies on African leaders and netizens to ensure that Africa’s youth, and the next generation of internet users, have the opportunity to leverage the full potential of a global, free and open internet.

Bridget Boakye is the Policy Lead for the Internet Policy Unit, at the Tony Blair Institute for Global Change, based in the Institute’s tech hub in Accra.