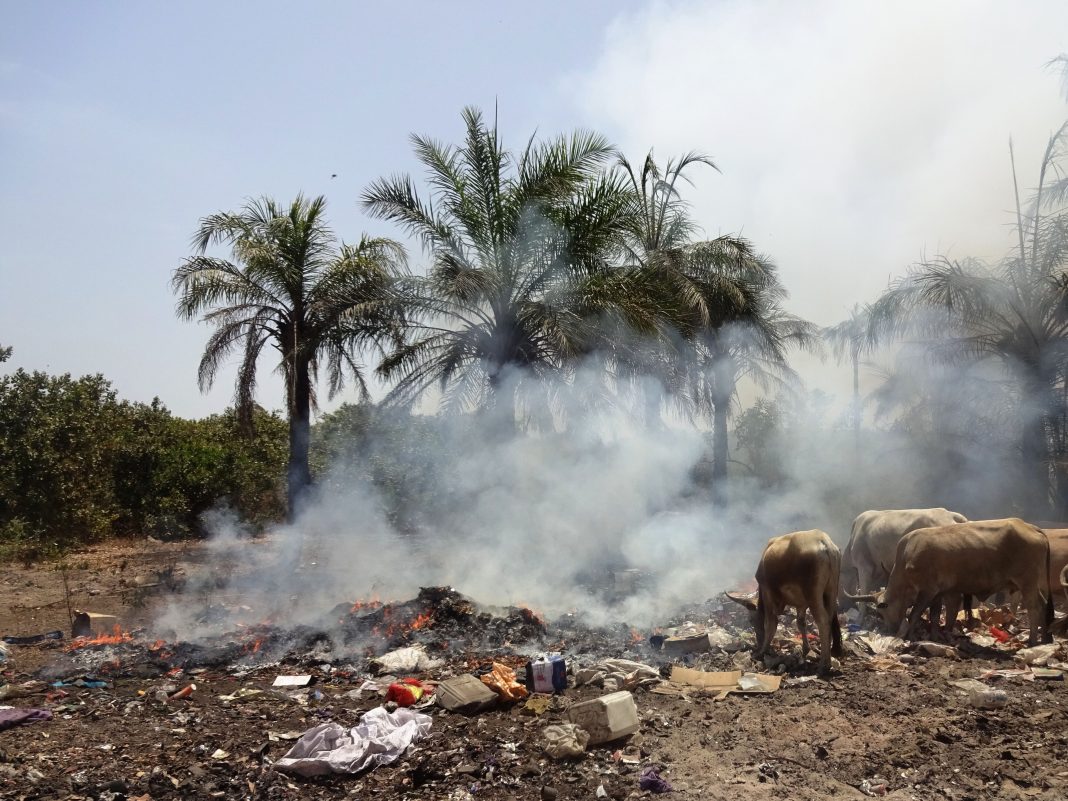 Open burning of waste discussed for the first time at COP26, as global engineering collaboration and partners call for an end to the practice; More than a million premature deaths a year due to air pollution, waste and open burning is one of the critical issues contributing to increasing levels of pollution especially in urban areas.

Countries should call time on the common practice of open burning waste in order to mitigate climate impact, environmental pollution and to improve the health of billions of people who live without a waste collection service or near dumpsites, according to experts.

Engineering X, a collaboration founded by the Royal Academy of Engineering and Lloyd’s Register Foundation, and the International Solid Waste Association (ISWA) have joined forces with a broad range of other partners at the UN climate change negotiations in Glasgow, including UN-Habitat, the Climate, and Clean Air Coalition and WasteAid, to call for an end to the practice of open burning. It is the first time the issue has been discussed at climate change talks.

The open burning of waste is particularly problematic in sub-Saharan Africa which in 2015 was home to 19 of the world’s 50 biggest dumpsites, according to the United Nations Environment Programme (UNEP) report [1] [2]. Rapid urbanization and unsustainable patterns of consumption and production mean the situation is getting worse.

Less than 50 per cent of waste is collected nationally in lower- and middle-income countries. Current estimates suggest 41 per cent of the world’s municipal solid waste goes to open dumpsites, and much of it will then be burnt.

Burning waste releases greenhouse gases, air pollutants, reactive trace gases, toxic compounds, and short-lived climate pollutants which include Black Carbon. Black carbon emissions are a leading cause of illness and premature death and have a climate change impact up to 5,000 times greater than CO2.

“One of the biggest challenges we face when trying to tackle this issue is a lack of data and the associated lack of awareness about its climate and health impacts at all levels,” says United Nations High-Level Climate Champions Lead on waste Professor Desta Mebratu, of Stellenbosch University. “Emissions from open waste burning are hard to characterize and are therefore not widely included in Nationally Determined Contributions. Some countries recently attempted to incorporate them in their revised NDCs with support from the Climate and Clean Air Coalition (CCAC).”

A local study [3] of children and adolescents living and going to school near major dumpsites across African urban centres reported respiratory, gastrointestinal, and dermatological illnesses. But to date, there is no international data on the health impacts of burning waste.

“This problem is so widespread and has disastrous impacts on our climate and the health of millions of people, and yet there is not enough action on it,” says Dr. Andriannah Mbandi, UN High-Level Champions Deputy Lead on Waste. “It’s not mentioned in negotiations on climate change, it doesn’t appear on people’s radars about human health.”

Engineering X, the team of UN High-Level Champions, and ISWA hope they can build enough momentum on the issue between now and next year’s COP in Africa to encourage world leaders to come up with an international agreement to deal with the problem.

“Now is the time for action on open burning so we can mitigate its devastating effects on health and climate,” says Professor David C. Wilson, Honorary ISWA life member, Patron of WasteAid, and advisor to Engineering X. “We are pleased to raise it at COP26 with Engineering X, UN-Habitat, and our other partners to drive this change.

We encourage countries to tackle open burning, not only as a positive in terms of climate mitigation, but also as an opportunity to reap health dividends, create value from resources, and provide livelihoods.”