Home Thought Leadership The U.S. is Wronging Nigeria and the Energy Industry with Travel Ban 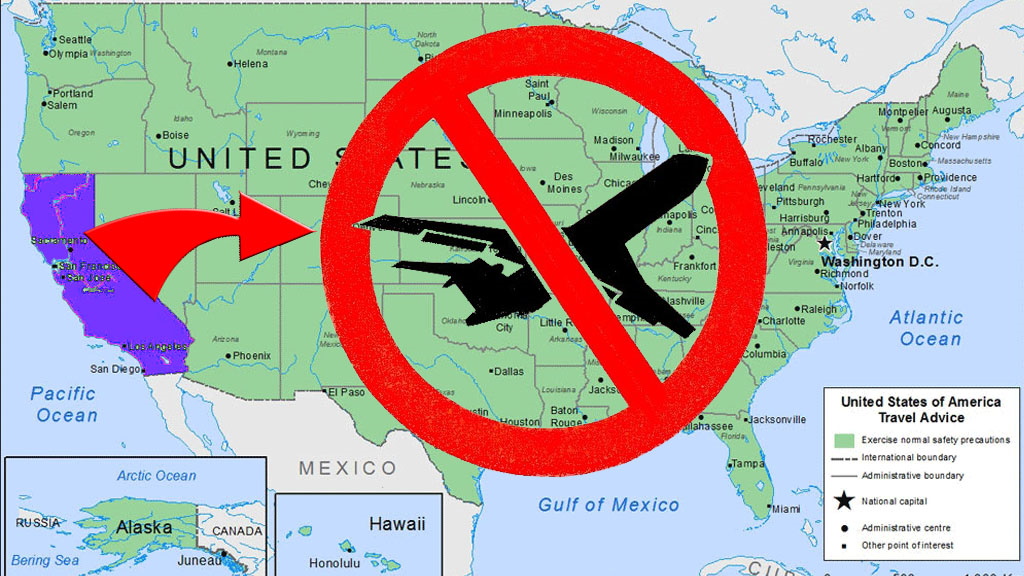 Tanzania and Nigeria, particularly, are named by Washington as having failed to meet U.S. security and information sharing standards.

Including Nigeria in the U.S. travel ban is a political and economical mistake for Trump.

It is difficult to come to terms with the United States’ decision to include Nigeria in the extension he made a few weeks ago to the infamous “Muslim Travel Ban”, which already restricted movements of people from Iran, Libya, North Korea, Syria and Yemen. Alongside Nigeria, Tanzania, Myanmar, Eritrea, Sudan and Kyrgyzstan were also added to the list of countries with entry restrictions. Effectively, with the struck of a pen, or a whim, President Trump barred a quarter of the 1.2 billion people living in Africa from applying for residence in the United States.

Officially, the extension made to these nations is based on security concerns. Tanzania and Nigeria, particularly, are named by Washington as having failed to meet U.S. security and information sharing standards. Further, Nigeria is singled out for fears that the country harbors terrorists that could pose risks if they entered the U.S.

Much and more of this is difficult to reconcile with the U.S.-Nigeria long-standing allied relations and particularly with recent programs designed to bring the two nations closer together, but before we go there, let’s look at what the reality shows.

Since 1975, not a single incidence of a Nigerian, or for that case Tanzanian or Eritrean, being involved in a terrorist attack on American soil has been recorded. Boko Haram, the extremist group that has terrorized parts of the North of Nigeria (a region from which few migrants come from) in recent years, has never shown any signs of wanting to expand its territory, much less to open remote branches in North America. In fact, the American and Nigerian forces have worked closely together to address that and other challenges, and the Trump administration itself has recognized Nigeria as an “important strategic partner in the global fight against terrorism.”

Further, while Tanzanians and Eritreans have been excluded from what is known as the green card lottery system, Nigerians have been barred from applying for permanent residence visas in the United States. In 2018, 14 thousand such visas were issued to Nigerians, making it by far the most affected by the ban from all the new entrants to the list.

Beyond the sheer pain that fact must cause to the thousands of Nigerian families that have been waiting for years to be reunited in the U.S., from a security point of view, the decision makes no sense. Only permanent visas have been suspended. Tourist and work visas remain as usual. How does barring access to the most strict and difficult to obtain visas but maintaining the less restrictive short-term ones prevent terrorists from entering the U.S.? It is nonsensical. Even the fact that the announcement of the extension was made by the media before these countries’ authorities were even notified is telling of how lacking in protocol the process seems.

The whole thing is perplexing, but beyond the issues of principle, this decision has the potential to hurt the relations between these countries and the U.S., and when it comes to Nigeria, that risks hurting the U.S. too. Afterall, Nigeria, Africa’s biggest economy, is the U.S.’s second biggest trade partner in sub-Saharan Africa, is Nigeria’s second biggest export destination and is its the biggest source of foreign direct investment. American companies have extensive investments particularly in the energy and mining sectors in Nigeria, which risk being affected by a breakdown in bilateral relations. Some companies, like ExxonMobil, have been operating in the country for nearly 70 years, since even before the country became independent from colonial rule, and Chevron has also been an active and central participant in the country’s oil industry for over forty years. Both these companies are partners in Nigeria’s mid and long-term strategies to curb gas flaring, develop a gas economy, expand oil production, improve its infrastructure network, raise its people out of poverty, etc.

Nigeria and the U.S., under a bilateral trade and investment framework agreement, sustain an annual two-way trade of nearly USD$9 billion. When the president of the U.S. makes a decision like this, it can affect the relations the country and these companies uphold with Nigeria. Further, it directly clashes with the U.S.’s strategy to counter Russia’s and China’s growing influence in Africa by expanding its relations with the continent.

How does closing the door to Africa’s biggest powerhouse accomplish that?

The policy established under the 2019 Prosper Africa initiative, that was designed to double two-way trade between the U.S. and Africa, seems difficult to reconcile with this latest decision. Over the last couple of years, president Trump has made several statements, at varying levels of political correctness, about how he would like to restrict immigration to the U.S. to highly-skilled highly educated-workers. If that is one of the reasons behind the inclusion of Nigeria, again, it fails completely.

Nigerians represent the biggest African community in the U.S., numbering around 350 thousand, and one of the communities with the highest level of education in the US globally. According to the American Migration Policy Institute, 59% of Nigerian immigrants have at least a bachelor’s degree. That is higher than the South Korean community (56%), the Chinese community (51%), the British community (50%) or the German community (38%), and it is tremendously higher than the average for American born citizens (33%).

More than 50% of Nigerians working in the U.S. hold white color management positions, meaning they have access to considerable amounts of disposable income and contribute greatly to the American economy. Those are the immigrants the U.S. wants, the ones that built the American dream! Which only makes this decision ever harder to grasp, unless of course, if we consider that this might have nothing to do with security concerns, and all to do with a populist decision designed to please the president’s most conservative support base as we approach the presidential campaign. If that is the case, then American foreign policy has truly reached a dark age.

From his side, President Buhari’s government has done what is possible to appease the situation, setting up a committee to address the security concerns with U.S. officials and INTERPOL, and restating its commitment to “maintaining productive relations with the United States and its international allies especially on matters of global security”, Femi Adesina the Spokesman for the Nigerian Presidency said.

Last week, the Nigerian government requested the U.S. administration to remove the country from the travel ban, and also announced a reduction in visa application fees for visiting Americans from $180 to $160, in a symbolic gesture meant to reinforce relations between the two nations.

In the meantime, Nigeria’s and other economies risk suffering from this unexplainable decision, and immigrant Nigerians in the U.S. that had been waiting so patiently for the dream of being reunited with their families in the “land of the free” await a resolution for a problem they did not know existed until a month ago.

Distributed by APO Group on behalf of African Energy Chamber.

They Talk Well, And Do Badly

Nigeria Can, Must Climb Out Of The Hole Made By Corruption