Home Thought Leadership Nigeria Dug Itself Into A Hole 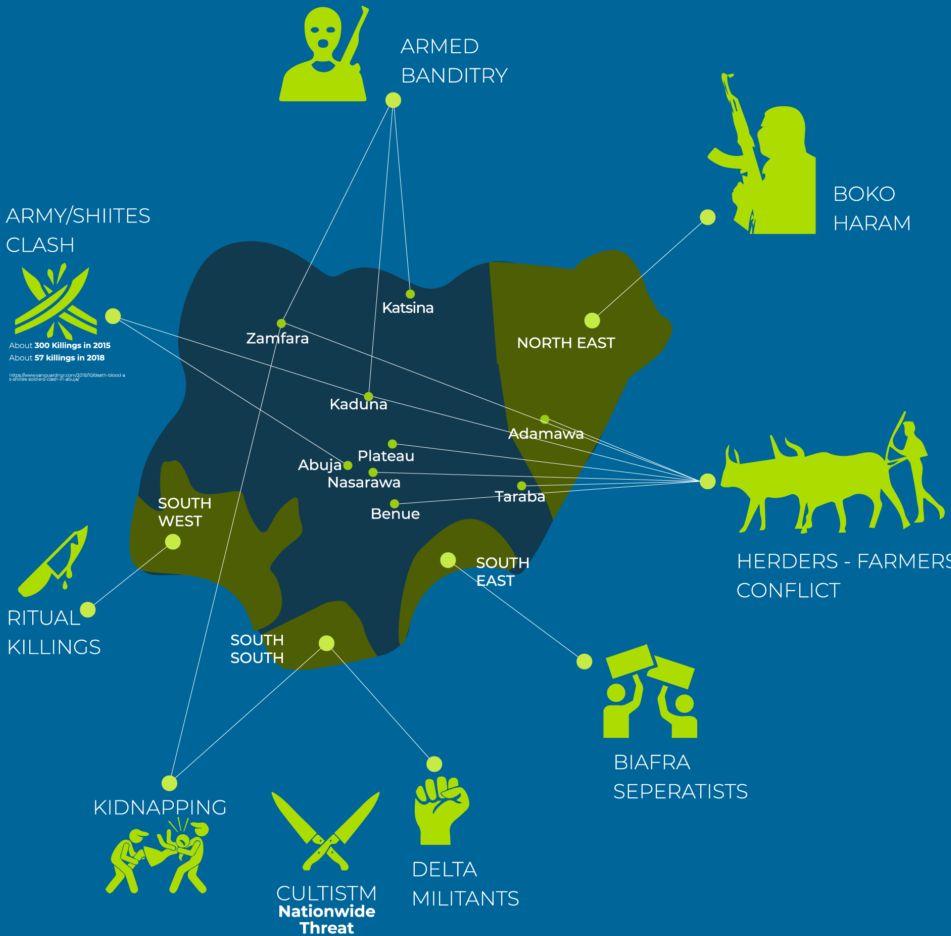 I was 13 years old in 1979 when Nigeria began to slip into a dark, frightening hole that seemed to have appeared overnight, and from which it has yet to emerge: corruption.

Until that point, I had walked with a particular adolescent swagger – that of a young citizen of a newly independent nation that really mattered on the world stage; of a country whose voice carried loud and clear in the community of nations.

To me, Nigeria was a country that produced wonderful writers, excellent athletes, and brilliant leaders. It was the most populous African nation, one where English was spoken well and whose national IQ was one of the highest in the world. Life in Nigeria, while of course not perfect, was in so many respects really good. And it was getting better.

My secondary school, looking back, provided a reflection of what was happening in Nigeria. In 1977 I was fortunate to attend an elite state-run secondary school, whereby any African standard I had access to first-class teachers, academic resources, and sporting facilities.

Then that hole emerged seemingly from nowhere, and into its bowels vanished so much of what was good about Nigeria.

Suddenly, my school was no longer a center of excellence, but an underfunded, overcrowded relic of past glory where standards had plummeted overnight. It was a microcosm of the insidious power of the corruption gripping Nigeria, where good was sucked into that forbidding hole and turned into bad.

A nation that had up to that point embraced merit in most things, at least those things my childish mind grasped, had done an abrupt about-turn and chosen instead to pursue mediocrity.

At that time, in 1979, Nigeria had just emerged from military rule, the only system of governance I had known since birth in 1966. Power was again handed to civilian authority – but it was not to last long before the military once again seized power in 1983 (and effectively held it again until the turn of the millennium).

In 1982, a year before the military seized power from our civilian government for the second time, I began my four years of university studies. Not much changed; certainly, things weren’t getting any better.

Indeed, if I thought that it was the civilians who couldn’t manage our country properly, what followed when we returned to military rule proved that any civilian government is better than a military one.

Dictatorship was not only bad socially and economically, but from a global point of view, Nigeria was a pariah nation unable to get its act together and on its way to joining the club of failed African states.

Our military administrations from 1983 on are reckoned by some to have been the most corrupt of all, but perhaps Nigeria was so corrupted already that no one really noticed. Perhaps the hole was now so deep already that it no longer really mattered if it got deeper.

Then the miraculous happened, and in 1999 Nigeria returned again to civilian rule. For the next eight years, because we had once again embraced meritocracy, our country experienced a renaissance.

Nigeria made more progress in that short period than it had in the preceding 25 years. We began to climb out of that terrible hole, the one we had dug for ourselves.

But then, just as we got our heads above the ground, we lost our footing and we started slipping back down again. Today, I believe, we are almost in the same position we found ourselves in 1999; we have wasted many of the opportunities and outcomes our eight-year renaissance had afforded us.

By now our country should be flying!

Consequently, I have found myself asking: does our apparent inability to climb out of the hole we are in mean that we Nigerians have accepted that we cannot do any better? That our lot in life, despite the fact that we can compete intellectually with any nation on Earth, is much worse than we had dreamed it would be?

That our children are consigned to being third-class citizens of the world (unless they emigrate and find opportunity elsewhere)?

Here’s another question to ponder. When I was a small boy, our nation was 60m strong. When that hole yawned open when I was 13, we stood at around 80m. Today, we have more than 200m people mired down there, and in 30 years’ time, there will be over 400m in number. Would that not be the very definition of Hell?

These are the things I dwell upon, the fears that I have for my beloved Nigeria. But then, I look to the examples of other countries that have climbed out of their own holes of poor performance and, instead of basket cases, have become success stories: countries such as Malaysia, Indonesia, and China. Surely, if they can, we can, too?

That is the story that I want for my nation. I certainly don’t presume to have all the answers – indeed, I might not have many – but I have resolved to employ the resources I have (financial and otherwise) to do my utmost to change Nigeria’s sad narrative. It’s an investment in a brighter future for my country and all who live in it – and it’s certainly well worth making.