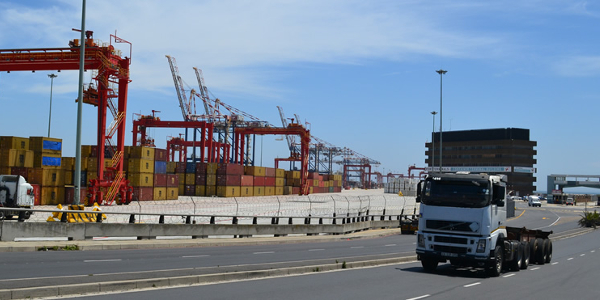 The African Continental Free Trade Area (AfCFTA) could bolster the continent’s trade and investment ties with China and kick-start its industrialization.

Signed in Rwanda in early 2018, the much-lauded AfCFTA agreement establishes a single continental market that will allow for the free movement of business-people and investments. It covers all 54 member states of the African Union – a market of 1.2 billion people with a combined gross domestic product (GDP) of $2.5 trillion.

The agreement initially requires member states to remove tariffs from

90% of goods. This should meaningfully boost intra-African trade, which remains exceptionally low at about 13.5% of the continent’s total global trade.

As Africa’s economies become more integrated, massive opportunities will emerge for companies in consumer-facing industries – such as retail, telecommunications and banking – and for those in infrastructure-related industries, resource-related sectors, and across the agricultural value chain. As a result, African manufacturing hubs that service local and regional markets will begin to emerge.

This will be a compelling proposition for business people and investors, and one that global-minded Chinese corporates will find difficult to ignore.

China’s economic boom over recent decades has produced companies with huge capacity and high levels of competitiveness. Amid structural economic shifts in their home market – where investment expenditure relative to GDP is expected to decline – many Chinese companies are looking abroad for fresh opportunities.

Their outbound investments will help China to export its excess capacity, keep people employed, and support firms connected to its aging growth model as they adjust to the new normal. At the same time, rising labor costs in China raise the prospect that the country’s export-oriented labor-intensive manufacturing activities will shift to low-income countries in other parts of Asia and in Africa.

AfCFTA will help Africa to compete as manufacturers migrate from China and look for new home-bases. The continent also offers relatively low labor costs, an abundance of natural resources, and fast-growing domestic markets and populations.

Ultimately, AfCFTA’s impact on Africa’s development will be more pronounced if the dismantling of tariff barriers takes place alongside interventions that improve the efficiency of customs, tackle bureaucratic delays and reduce opportunities for corruption. Major investments in physical infrastructure and logistics networks will also be crucial.

To truly compete for Chinese manufacturing investments, African countries must also make incremental improvements to their economic management and the ease of doing business.

If these interventions are implemented, the free-trade zone could become a game-changer for Africa partly because it will differentiate the continent from other emerging markets. Competition for Chinese investments is intensifying, particularly as China rolls out its Belt and Road Initiative, which is aimed at building a trade and infrastructure network connecting Asia with Europe and Africa. A group of countries in developing Asia has already taken the lead as the preferred destination for Chinese infrastructure investments.

Meanwhile, AfCFTA could also serve as a catalyst for the creation of policy consistency and coordination throughout the region to facilitate cross-border trade and investment.

While Africa’s trade relationship with China has gone from strength to strength in recent years – a trend that is set to continue – the next big opportunity revolves around industrialisation, job creation and technology transfers through private-sector investments in African manufacturing.

This will benefit Africa more than the expected increase in bilateral trade, partly because Africa currently exports only a handful of goods, mainly raw materials, from a few countries. A lack of beneficiation means that Africa is reliant on imports, and this shows in the continent’s trade deficit – while China has increased exports to Africa twelve-fold since 2001, Africa’s exports to China have only doubled over that period.

China is already Africa’s biggest trading partner, and will remain deeply infused in the continent’s economic trajectory. In fact, it has become virtually impossible to imagine any partner but China being Africa’s most consequential commercial partner in the decades to come. But the biggest shift is that engagements between China and its external partners are becoming more selective and focused.

Greenfield investments in African manufacturing capabilities already total as much as $19 billion. If implemented correctly, AfCFTA will see that number surging.