Home Thought Leadership Is Africa The Next Global Breadbasket? 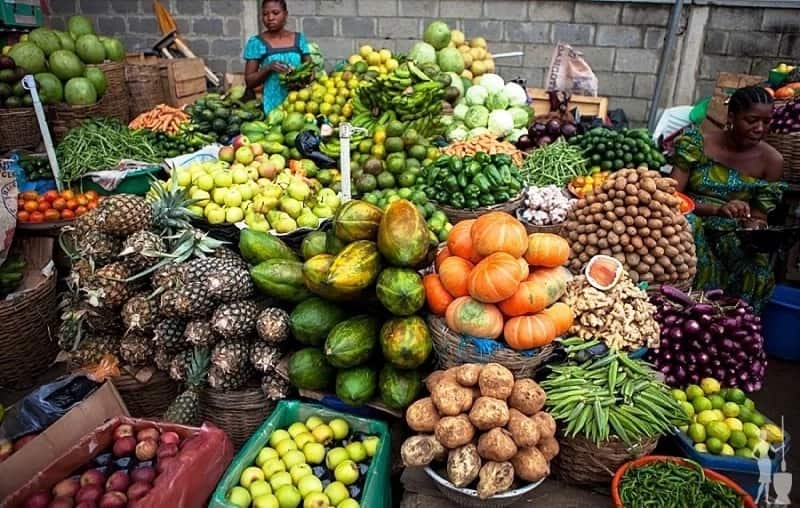 From an agribusiness perspective, the recent invasion of Ukraine by Russia brought to light the fragility of agricultural value chains and the reliance on so-called ‘breadbaskets’ for food imports.

For a particular region to be referred to as a ‘breadbasket’, the requirements are straightforward: produce a surplus of a particular crop or agricultural goods that are then exported across the world to countries that do not produce enough of this food to satisfy their domestic demand.

So where does Africa fit into this chain? Right now, it is all about the continent’s potential, according to Virginie Ticha, president of the International Federation of Consular Chambers for Africa.

The development of national agribusiness sectors across the continent is needed, but for this to happen countries must focus on their industrialisation processes, which are largely in a state of weakness, she says.

Improving infrastructure and hastening the industrialisation process are essential to agribusiness in Africa reaching its potential. For this to happen, Ticha says robust, high-quality value chains are vital if the continent is to move from plain agriculture to value-added agribusiness opportunities.

However, this is not something that a business investor can achieve on their own, according to Ticha. Working with the government and local communities or authorities offers the best chance of success.

Agriculture as a sector can greatly engage communities, according to Ticha, who points to France as an example, where farmers have organised themselves into cooperatives and seen their business grow rapidly.

However, the number of new foreign direct investment (FDI) agribusiness ventures in Africa has not been particularly high over the past few years. In 2019, according to our FDI Projects Database, there were 1,093 agribusiness FDI projects across the globe, but only 22 on the African continent (a 2.01% market share). In 2020, numbers went down both globally (to 976) and in Africa (to 14, a 1.43% market share) due to the effects of the Covid-19 pandemic.

Numbers show that in the agribusiness FDI sphere, there is a wealth of potential across the African continent, but these types of ventures can come with risks.

Speaking to Investment Monitor, Margaret A Rugadya of the non-governmental organisation (NGO) Landesa explains that across Africa the predominant type of agriculture is smallholder production, with outputs linked to local demand and household needs, based more on subsistence than being oriented to any wider markets.

Things are starting to change, however, and as urbanisation spreads, smallholder farmers are beginning to look at these markets, according to Rugadya. In addition to this, many countries – in both Africa and the wider world – are focusing on boosting their food security, leading to them thinking about food production both domestically and beyond their national borders.

This is where foreign investors and large-scale land investments come in, says Rugadya. Smallholder farmers are not the target for large food exports, but they hold the land, which is often the first point of friction between investors and farmers. This is why land regulation is of great importance, and organisations such as Landesa are at the heart of ensuring that smallholder farmers are not at the losing end of agricultural transactions, given the work the NGO does with governments and local communities.

Landesa specialises in cases where there is no specific regulatory framework, and where investors are looking for large pieces of land, but the mechanisms for acquiring this land are not enshrined in law. It is in such cases that Landesa becomes involved to arrange a fair outcome. Rugadya cites Ghana and Kenya as countries where there has been substantial development in these areas.

Africa has a vast wealth of arable land

Small-scale farmers sometimes have land that may look idle, may be under fallow, or that is being used for grazing, explains Rugadya, and these are sometimes grabbed by large-scale land investments. This has created widespread resentment among farmers and “a lot of fear around every other project that is announced in agriculture [in Africa], [as they are] seen as an opportunities for land grabs”, she says.

Another problem that tends to crop up is when communities “attempt to get organised and join such arrangements for large-scale production”, she adds, in which cases the farmers tend to raise financing with their land as collateral but then do not often see this reflected in the production profits later on.

These problems even exist in countries such as South Africa, which has developed a strong agriculture sector that in 2020 contributed to approximately 10% of the country’s total export earnings (with citrus fruits, wine, table grapes, corn and apples accounting for the largest exports by value). However, more positively, Rugadya says that even though land grab issues continue to pose problems throughout Africa, cases are increasingly being taken to court, which is leading to land rights being re-established, and sometimes even prompting proper land negotiations at a later stage.

Opportunities for Africa to become a breadbasket are still there

The problem with land grabbing shows that developing a robust, productive agriculture sector across the African continent is beset by problems, but it is by no means impossible for the continent to realise its potential and become the world’s breadbasket.

“It is very possible to make Africa the largest food producer in the world,” says Rugadya, but she adds that large-scale land investments are not necessarily the way to achieve this target in a sustainable way.

Smallholders already own the land, explains Rugadya, so she believes that in order to develop the agriculture sector they are the key but need the support of governments to access wider markets, ideally as a result of gaining access to better infrastructure.

“Infrastructure that supports a farmer’s access to market is usually the missing link,” she adds. In this vein, technology can help bridge some of the gaps and also motivate younger generations to seek a career in the agriculture sector.

“I have seen in Kenya groups of young people join the agriculture sector [through using their] smartphones,” says Rugadya. “They have access to the markets using it. They use online platforms for their products. They have delivery systems that are coordinated on land.”

Such examples are promising signs for the future of agriculture in Africa, and indeed the wider agribusiness sector.

They also offer genuine hope that turning the continent into a global breadbasket is possible, and show that there are myriad opportunities for foreign investors in making this happen. However, foreign investors would be well advised to work with, not against, smallholder farmers, for whom it is not just their livelihoods that are at stake, but their ability to feed their families.

Marina Leiva is a senior reporter at Investment Monitor, where she specialises in the agribusiness sector. Previously, she reported on institutional investments in the UK, Ireland, France, Spain and Portugal for MandateWire at the Financial Times. She started her career in Spain, covering international affairs for Eldiario.es