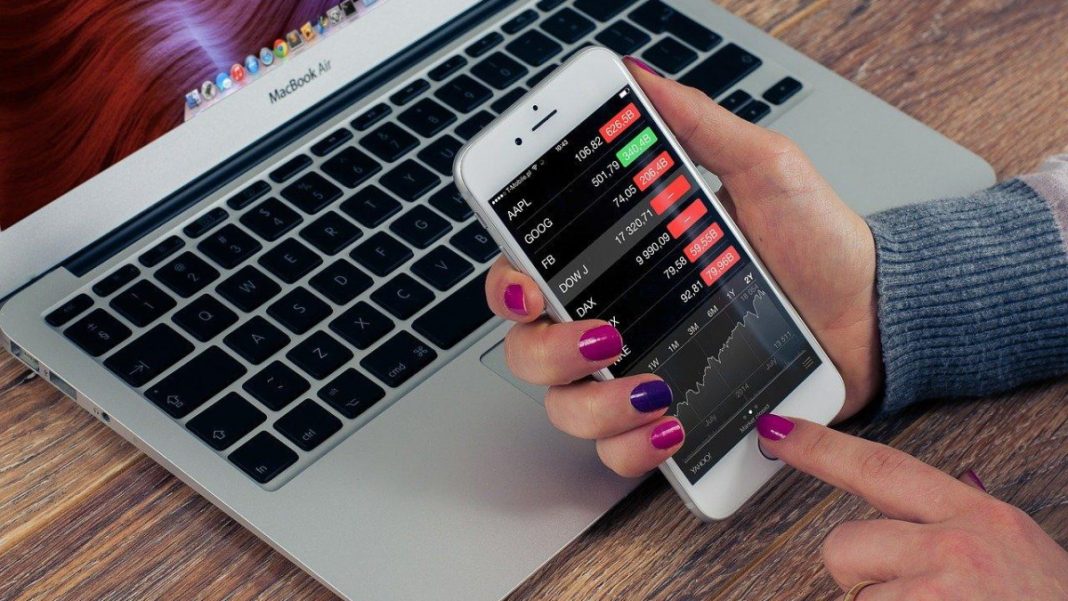 In 2017, Africa Confidential revealed that Liberia’s war criminal ex-president, Charles Taylor, was headlining election rallies for his cronies from a phone in his British prison cell. In 2015, the boutique news agency exposed a $350 million corruption scam in Mozambique, involving Western loans for a tuna fishing fleet that would never leave the pier. And last year it exposed the fraudulent misuse of almost $5 million in Western aid payments to Zambia, triggering the firing of a cabinet minister and follow-up coverage by international media.

Founded by a group of British journalists in 1960 as a newsletter on the political journey of African nations leaving the British empire, Africa Confidential now covers all 54 African countries, offering consistent, reliable insider insight to the region.

Yet, in the era of digital media disruption, Africa’s “Blue Sheet” has avoided the complicated revenue tools that many news media have been forced to experiment with, like soft or metered paywalls, crowdfunding, programmatic ads, blockchain systems or slashed costs and access fees.

Instead, the London-based political news group has defied global trends by not only retaining its old school subscription model, but actually increasing its annual cost to a sky-high 902 British pounds (a tidy US$1135).

AC was already pricey in the late 1980s, charging 80 pounds for all 25 print issues per year.Now – offering the newsletter, live site access and a major digital archive – it is able to charge more than ten times the access cost of many of the world’s most established news titles and investigative newsrooms.

Cashing in on Niche

“We have this incredible length of reputation, going back almost 60 years,” Weir says. “And we have well sourced stories on subjects no one else is writing about — like the embryonic great power conflict between Russia and France that is now starting in the Central African Republic. And we offer 30 years of digital archive. This all helps middle level professionals to persuade their bosses that they should subscribe.” Africa Confidential’s sustainability offers two important lessons: The importance of “knowing your audience,” and the value of a comprehensive digital archive.

Weir admits that the downside of the high-price model is that it limits reader growth. For instance, it is far out of reach for most journalists on the continent whose bosses would balk at the cost of a subscription, no matter how badly they’d love to get their hands on it. Indeed, where Weir described reader numbers 30 years ago as in “the tens of thousands,” he talks about them now as “in the thousands.”

But the number of correspondents and countries has continued to grow, and traditional investigative stories appear more frequently.

One contributor was able to obtain contract notes from a major energy contractor in Nigeria, Halliburton, that exposed an overpricing scheme, and which were later used by the US Department of Justice to impose $450 million in fines. Another, in Zimbabwe, obtained a damning internal report that showed how senior officials in the ruling ZANU-PF party were major beneficiaries from the government’s land redistribution program, supposedly intended for the poor.

The one digital revenue innovation that the publication has deployed in recent years was in response to the shift in its institutional membership share, rather than digital disruption. The news group now charges device license fees – similar to the Microsoft Office model – to its larger subscribers, who pay a little more for each additional user in the office.

“That’s been quite an important change in the last few years,” says Weir.

Elizabeth Hansen the senior researcher on business models for local news at the Shorenstein Center on Media, Politics and Public Policy at the Harvard Kennedy School, says Africa Confidential’s institutional subscription make-up is comparable to trade publications, rather than most fellow news outlets.

In that sense, she says, “it is a bit apples and oranges for traditional newsrooms.”

“In terms of similar (revenue) models, AC reminds me of The Information in the US, which (produces) in-depth coverage of a set of problems and issues that have real market and political importance,” she says. Like AC, The Information – which covers technology industries – tackles big-picture stories for premium subscribers. Its website states that “we give (reporters) the freedom to write about important topics, and tell them not to worry about the small stuff.” “Many of our correspondents aren’t journalists. They are not motivated by the fee but by the need to get important truths out.” — Andy Weir, AC Deputy Editor

One key difference is that The Information recruits specialist journalists, while AC uses insider contributors from half a dozen professions.

However, Hansen argues that AC’s sustainability nevertheless does offer two important lessons for traditional news organizations: The importance of “knowing your audience,” and the value of a comprehensive digital archive.

“I see a couple of strengths in the AC model,” says Hansen. “They have had almost 60 years to build an audience that is interested in and values the topics they cover — that is a huge hurdle for new news organizations. To the extent that AC understands who they are writing for, that is an important lesson for smaller outlets. We’ve also seen success in our Single Subject Newsroom cohort with topic-focused sites developing newsletters with very specific content strategies that match what their readers are looking for.”

Hansen says that, for publications offering specialist insights, the “high price point is not just what people are willing to pay, but (can) actually become a signal of quality.”

In the past, Africa Confidential had been accused of being a front for British intelligence.

Weir says: “People did make that accusation in the early days, but I can assure you that it was never some product of any intelligence agency. We think of ourselves as truth-tellers, and let the chips fall where they may. Our focus is not human interest – it’s about politics, because we think the essential piece in Africa is the politics. We’re not here to get more money for emergency food aid for a famine in Somalia, we’re here to tell you why a famine has come about. Every famine has a political origin; they are not acts of God.”

The Blue Sheet got its nickname when early issues were printed on blue airmail paper. Weir suggested that one reason the color was retained may have been that it was harder to photocopy black-on-blue for pirated copies. The newsletters are still blue. For publications offering specialist insights, a “high price point is not just what people are willing to pay, but (can) actually become a signal of quality.” — Elizabeth Hansen, Shorenstein Center

“We’re increasingly digital of course, but it would be foolish to stop print production – it’s actually quite cheap,” he says. “If you take everything out of what’s built your brand through all these decades, you’d lose something.”

But one feature even more central to the brand than its blue paper is its consistent policy to publish no bylines. In an editorial style reminiscent of The Economist and Private Eye, all stories project the unified voice of the publication itself, and the journalism navigates a balance between sourced facts and editorialized angles. Headlines often have a high-brow, good-humored flavor, like “No Farewell to Arms Deals” (South Africa), “Kabila Names his Dauphin”(DRC), and “A Disputed Crown for the Crocodile” (Zimbabwe).

“We’re about old school journalism, but yes it’s quite a fine line, journalistically, because you’re potentially editorializing when you’re using someone’s judgement, but you can’t write it as an op-ed either,” says Weir. “We don’t say ‘analysts said,’ because we’re them. The no bylines is the ‘confidential’ part, and it’s necessary, because our correspondents could get into trouble, writing from places with no rule or law or a free press.”

Many of those correspondents are not professional journalists, and include academics, NGO field workers and civil servants. In addition, many are not first-language English speakers.

It means an intense editing workload.

“We do a lot of rewriting,” says Weir. “Very little isn’t changed. That’s about achieving that unity of tone, or ‘voice,’ that a publication with no bylines needs. But the contacts and the reporting are often brilliant, and courageous.”

Paul Adams, a former Africa correspondent for the Financial Times, says that some of Africa Confidential’s most important scoops aren’t picked up or cited in western media. But they remain “the yardstick for reliable coverage of Africain the English language.”

Adams — who was once arrested in Nigeria for investigating the government’s complicity in conflict in the Niger Delta — suggests that the AC model could offer insights into how newsrooms can make investigations in distant countries viable by controlling costs and logistics.“It does this by knowing which stories need covering and how to find (local) people who can research and write them without having to fund the high costs incurred (for) investigations.” Finding a sustainable financial strategy is key to the survival of independent media. Be sure to check GIJN’s Resource Center for more strategies and tips.

Now Africa advisor for SRM, a London-based risk management company, Adams notes that the stringer network also represents a steady source of income for African reporters “at a time when demand is in decline.”

Weir says there is a mix of desk-assigned and self-generated stories, although virtually all have either a political or economic focus. Reader traffic leans toward stories from the large economies in sub-Saharan Africa, like Nigeria, South Africa and Kenya.

Another element in the publication’s sustainability is tight control on operating costs. While its veteran editor, Patrick Smith, shuttles between Paris, London and Africa, Weir works from “a tiny little office in central London,” and copy-editors and proof-readers telecommute. Correspondents are paid $375 for 1000-word stories, plus modest expenses for investigative projects.

“If a good story involves expenses, we will pay those, but mostly our people are already there,” says Weir. “Many of our correspondents are not journalists at all, and many are motivated not by the fee but by what motivates us all: the need to get the important truths out.”