Home Thought Leadership High Sea Piracy On The Rise: Can It Be Killed? 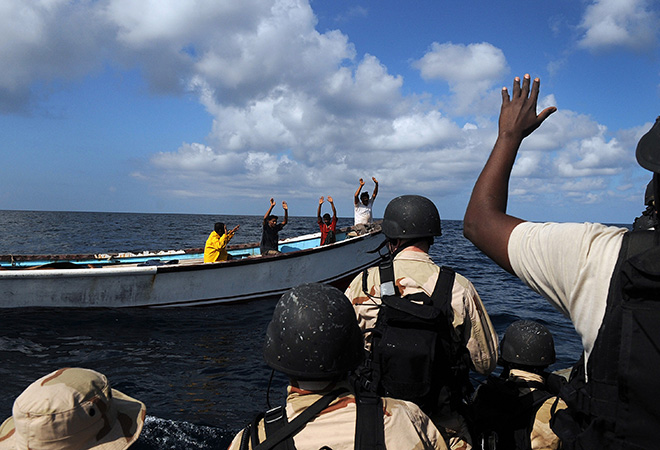 Sea piracy, the stuff of kids stories and swashbuckling Hollywood classics, is still with us – but modern pirates have none of the charms of their storybook predecessors. In 2009, for example, the MV Maersk Alabama was taken over by pirates (as portrayed in the movie ‘Captain Phillips’), leading to the kidnapping of the captain and a bloody shootout involving U.S. Navy Seals.

At any given time, there are about 100,000 vessels at sea. Oil tankers, cargo vessels, fishing boats, cruise ships, and patrol boats crowd the seas, and many of them are loaded with riches that prove to be too tempting for seagoing criminals to pass up.

Although most ships won’t be hit by them, pirates – especially in areas where enforcement is weak – play the seas as well, looking for easy targets, specifically among cargo ships and oil tankers. So far in 2020, there have been fewer than 20 incidents of piracy on the high seas, most of them concentrated in specific areas. No ships have been outright seajacked; in most cases, pirates who boarded ships were overcome by the crew.

However, shippers don’t take chances – they invest a great deal of effort and money in protecting vessels. The shipping industry annually lays out billions in insurance and in rerouting ships away from danger zones, and then there are the expenses for the deployment of naval forces to protect ships, the “hit” to local ports for lost business, etc. The total annual cost of piracy prevention is as much as $12 billion.

One reason pirates are able to get away with attacks is their stealthiness. They sneak up on cargo ships and quickly board them before their victims have an opportunity to defend themselves, put some distance between themselves and potential attackers, or inform authorities that they are likely to become victims of a forced boarding.

A quick perusal of attacks shows that stealth is indeed the modern pirate’s modus operandi. One attack off the coast of Nigeria saw “robbers in a small boat approach an anchored tanker during STS cargo operations. Two of the robbers attempted to board the tanker via the anchor chain. Duty crew on routine rounds noticed the robbers and raised the alarm.”

In another attack, “Two unauthorized persons from two skiffs came alongside and boarded an anchored tanker. Duty watchman on security rounds noticed the persons on the forecastle deck. Alarm raised and crew mustered.

Seeing the alerted crew, the persons jumped overboard and escaped.” In a third attack, “Five armed pirates in a small craft approached a tanker underway. Alarm raised and evasive maneuvers commenced. Armed security team onboard the tanker fired warning shots resulting in the pirates returning fire and then aborting the approach and moving away.”

In each of these and many other reported attacks, pirates were able to approach their targets using small boats that evaded detection, using odd maneuvers and roundabout routes, often under cover of darkness.

While crews successfully fended off the attack in each case, the danger of someone getting hit in the crossfire – or the pirates actually succeeding – always exists. Those stealth tactics, for example, were what enabled Somali pirates to hijack the Aris 13 oil tanker in 2017.

So how can ships avoid pirates? One way is to stick with the crowd. It’s unlikely that a pirate skiff will be able to sneak up on a ship in crowded waterways, but there are going to be times and places where a ship may be alone.

In those situations, ships would likely rely on radar, which would give them insight into vessels and objects in the area. Unfortunately, most radar systems are designed to detect large objects that a ship is at risk of colliding with; they often miss small boats and skiffs, the vessels that have become the preferred method of pirate invasion.

A third possibility is to keep in constant touch with naval patrols and other security groups while in dangerous waters. But, often a patrol boat will be tens of kilometers away from a ship, too far to navigate to the scene of the crime when called upon for help.

Fortunately, new developments in vision and sensor technology are available to help deal with the piracy problem. Ships equipped with sensors that take in data about everything surrounding the ship, large and small, can alert crew and patrols that a pirate invasion is on the way.

Using machine learning, for example, a sensor-based system that detects a skiff would analyze its movements, and based on data from previous encounters, it would alert the crew that the kinds of maneuvers the skiff is making indicate that it is likely a pirate vessel. Crew members could then take their positions to defend the vessel, or even take pre-emptive action against the offenders.

Using advanced vision technology, systems could more easily identify offending vessels. By recording speed and trajectory and matching the data with a map of the surrounding area, for example, a system could provide authorities with information on the likely whereabouts of offenders, making it easier to catch them before they strike again.

Long John Silver is long gone, but his criminal heirs are still plying the high seas – quite successfully, unfortunately. Pirates who steal cargo or, increasingly, kidnap crews and hold them for ransom “earn” tens of millions of dollars a year. New developments in technology will hopefully put this scourge to a stop once and for all.

(Yarden Gross is CEO and Co-founder of Orca AI)