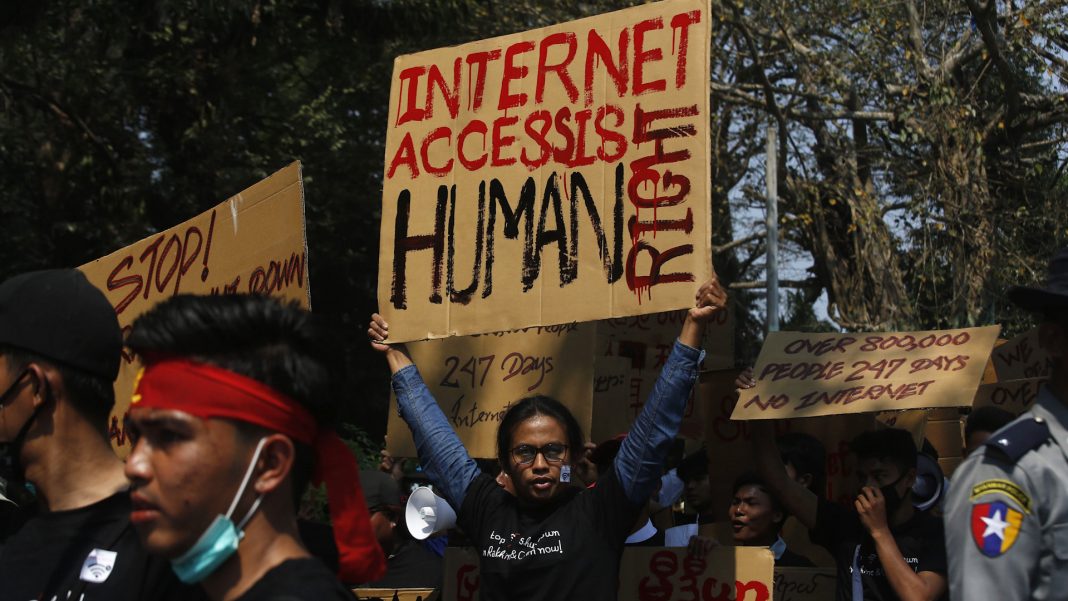 In its recent report on the damage caused by internet shutdowns, the Office of the United Nations High Commissioner for Human Rights (UN-OHCHR) brought to light the harmful real-life impacts that shutdowns have on societies, economies, and global internet infrastructure. The conclusions of the report align with what experts have been sounding the alarm on for some time: that any disruption to internet access is devastating for the affected population, and will likely achieve the opposite of its intended outcome.

There have been 19 major government-mandated internet shutdowns around the world in the past year. Governments often implement shutdowns in an attempt to stabilize a potentially volatile situation, such as protests around an election or as a solution to problems like cheating in public school exams.

The result, however, is that such shutdowns create significant obstacles that erode trust in democratic processes, jeopardize future investments, and increase the likelihood of hostilities and violence from citizens who have been cut off from the internet.

In a world where reliance on digital technologies is only increasing, any disruption to internet access has disastrous consequences for virtually every economic sector, as well as end-users. Shutdowns disrupt the availability of service platforms and payment systems and create uncertainty for investors, which harms businesses in every sector.

In India, an 18-month internet shutdown in Jammu and Kashmir, for example, is estimated to have cost the region $4.2 billion. Other estimates suggest that as many as 150,000 jobs were lost in Kashmir during the protracted shutdown, which equally impacted small- and medium-sized businesses, start-ups, entrepreneurs, journalists, and students, not to mention citizens looking to access health services and information online during the pandemic.

The U.N. report’s findings must be a call to arms for every internet user around the globe. Data from the Internet Society Pulse, a platform that tracks and documents internet disruptions, provides evidence for civil society and advocacy groups to educate and inform decision-makers against implementing internet shutdowns.

For example, the increasing frequency of internet shutdowns in Benin during previous presidential elections resulted in growing fears that another government-mandated internet shutdown would happen during elections that were held in April 2021. The Internet Society chapter in Benin successfully campaigned against potential shutdowns during the election by sending an open letter to the government highlighting that the immediate financial impact of a shutdown on the economy would be a loss of 918 million CFA francs ($1.7 million) per day. It warned that shutdowns could adversely affect international relations and long-term investments, and hamper the work of health services amid the pandemic.

The U.N. prescribes several paths toward greater internet freedom and international accountability: imploring internet service providers (ISPs) to prevent shutdowns by exposing the requests they receive from governments; encouraging development agencies and civil society organizations to recognize the detrimental impact of shutdowns and consider their effects when designing and implementing cooperation and aid programs; and equipping all internet users with the tools and strategies necessary to circumvent shutdowns and stay online.

Internet shutdowns are never a proportionate measure, and in light of the substantial consequences they impose, the report calls on member states to refrain from all methods of disrupting internet access, including throttling or limiting bandwidth.

This report must motivate policymakers, technologists, and activists everywhere to support policies that keep the internet on and strong; only then can we hope to build robust digital economies and further increase the opportunities they bring to people.

Hanna Kreitem is a senior advisor at The Internet Society