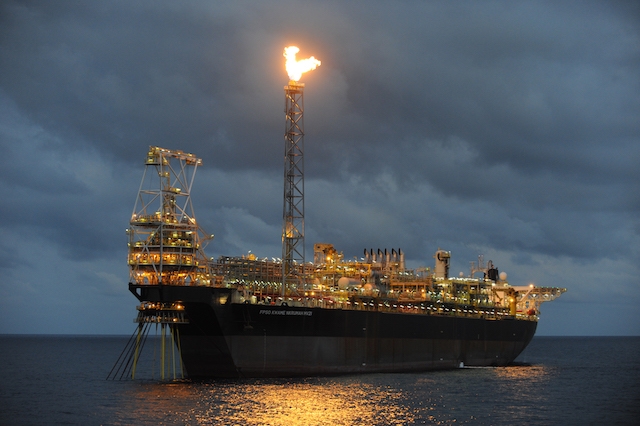 For the last two decades, Africa has been considered the new frontier of oil and gas exploration, with many of the major global petroleum companies scrambling to acquire assets in an as-yet undeveloped reserve of natural resources which are crucial to the way we live our lives today.

While the East African powerhouse of Kenya, Uganda, Rwanda, Burundi, and Tanzania have since seen massive development in their oil and gas infrastructure, Ghana has emerged as an alternative destination for oil majors looking for ways in which to diversify their portfolio of assets. As recently as 2007, Ghana’s first oil and gas resources were discovered.

One of those companies, Tullow Oil, recently announced its ‘Value Maximization Plan’, with the intention of investing over $4 billion over the next decade to deliver over 50 wells and consistent revenue to Tullow and the Government of Ghana.

The Ghana ‘Value Maximization Plan’ is also focusing on a program of operational turnaround, which is targeting in excess of 95 percent uptime at both FPSOs. Tullow are also making sure that both fields continue to be consistent and reliable suppliers of natural gas. Gas from the Jubilee and TEN fields contribute significantly towards Ghana’s domestic energy supply, and so ensuring stability from both fields is a welcome step towards securing energy demand.

In April 2021, Tullow began a multi-year, multi-well drilling campaign, and will drill four wells in total in 2021, consisting of two Jubilee production wells, one Jubilee water injector well, and one TEN gas injector well. The J56 production well came on stream in July 2021 and is slightly ahead of pre-drill expectations.

Elsewhere, other oil companies are also finding success. In July, Italian oil and gas company Eni made an important oil find offshore Ghana, close to its existing Sankofa hub, which would allow it to fast-track production in the region. This follows on from another successful discovery at Akoma in May 2019, with the two wells predicted to contain between 500 and 700 million barrels of oil equivalent.

Heritage Oil are doubling down on their investment in the country too, which began in 2014 with the acquisition of interest in both the Offshore South West Tano Block and the East Keta Block. They are in the midst of attempting to secure a partner to drill two exploration wells offshore Ghana, targeting the extraction of more than 400 million barrels of oil in the area. A major stake in their deepwater block is on offer, in return for funding a ‘low risk’ exploration and appraisal campaign.

The promising oil and gas market in Ghana is not immune from external pressures and stresses, however. A shift in focus for oil majors from fossil fuels to renewable energy in recent years has seen some abandon their assets in Ghana altogether – ExxonMobil quit the country this year without drilling a single well, for example. Meanwhile, perennial investors in African infrastructure programs, China, have begun to look elsewhere.

Where there is uncertainty, there is also opportunity. Ministers in Ghana are seeking parliamentary approval to borrow as much as $1.65 billion to accelerate oil and gas exploration by acquiring and developing stranded assets, with the hope to incorporate these assets into the Ghana National Petroleum Corp’s (GNPC) portfolio.

According to Ghana’s Finance Minister, Ken Ofori-Atta, for the country to become an operator in its own right, legal amendments may be required which allow the state-owned oil company to enter into reserve-based lending transactions. While the risk is clear, the potential is enormous.

A panel of speakers will be discussing how the energy transition will impact the national economic growth of traditional hydrocarbon producers at Africa Oil Week and will include esteemed guests such as Hon. Matthew Opoku Prempeh, Minister of Energy for Ghana.

The renewed pressure put on fossil-fuel-dependent African governments to improve their fiscal and regulatory terms and explore new industries or policies to diversify their economies will be considered. This includes fiscal policies such as tax incentives, oil subsidies, investor protection, and price-setting mechanisms; navigating the risk of stranded assets; transparency initiatives and stakeholder dialogue; and flexibility and resilience to respond to fluctuating market conditions and operating environments.

Hon. Matthew Opoku Prempeh is Minister of Energy for Ghana