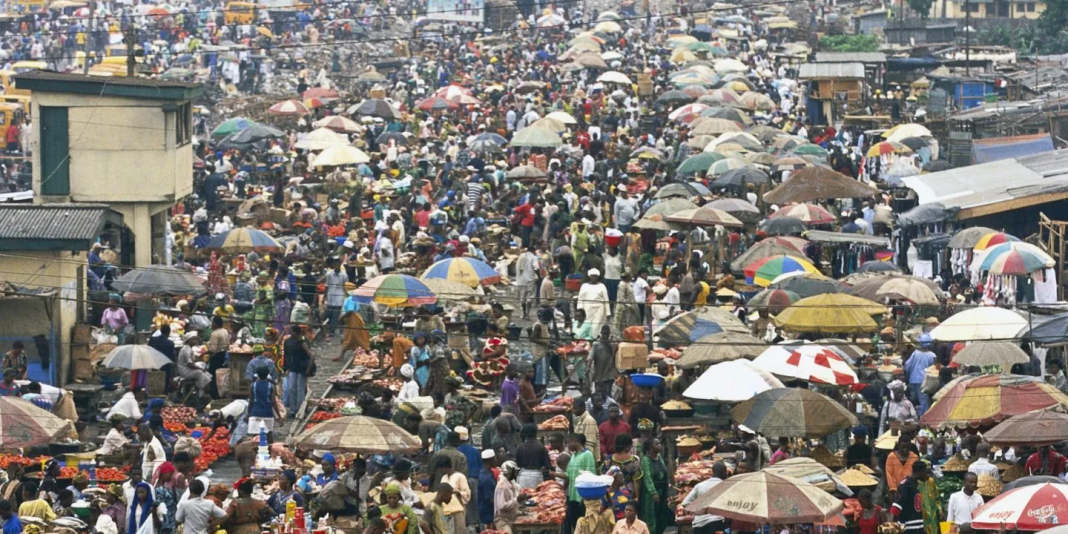 Nigeria may lack many things, but people abound. She will be the third most populous country in the world by 2050 with a population of 410 million, the World Bank estimates. Current population growth trajectory presents an opportunity for a demographic dividend from the expansion of its productive workforce given its youthful 193 million population with 41% below the age of 15. The big question for these many millions – can policy deliver growth per capita rather than growth in mouths to feed?

Harnessing the demographic opportunity requires the engagement of the enlarged workforce in productive jobs and a reduction in fertility rates. Concerted investment is needed in social infrastructure – education and healthcare – to reduce the dependency ratio and boost the per capita incomes. The poverty trap must be beaten. Nigeria currently has the highest poverty incidence in the world with 87 million or 45% of its population living on less than $2 per day.

GDP growth remains fragile with 2019 GDP projected at 2.2%. With population growth at 3.2%, a return to pre-2015 GDP growth levels of 5 – 6% is needed to reverse the contraction in real per capita incomes.

Nearly four years into the Buhari administration, implementation of its comprehensive economic blueprint has been slow. Key reforms to diversify the economy away from oil, invest in infrastructure to improve competitiveness and provide an enabling environment to attract FDI have yet to materialize. Potential GDP growth remains fragile, highly vulnerable to oil price shocks. Unemployment has risen from 8% in 2015 to 23.1% in Q3 2018 with a combined youth unemployment and underemployment rate of over 55.1% according to data released by the Nigeria Bureau of Statistics. With an estimated two to three million people joining the workforce every year and job creation severely lagging demand, the impetus for the reforms is crystal clear. This expected growth in the workforce underpins our investment thesis for investment in Sigma Pensions, a leading pension fund manager. Currently there are only over seven million contributors to the regulated mandatory contributory scheme set up in 2014, compared to a current labor force of 90.9 million and the regulator is exploring how to expand the scheme to cover informal sector and MSMEs.

Race against the clock

Nigeria has 11.4 million children out of school, the highest in the world and the highest incidence of poverty. With GDP growth lower than population growth, there is a race against the clock to put the country on the path of growth and address the dearth of universal access to qualitative education in order to exploit its demographic opportunity. Otherwise, the risk of civil strife and insecurity heighten considerably. High youth unemployment and poverty feed terrorism in the North East region and increased violence in the country including well-publicized farmer and herdsmen clashes.

The contrast between North and South can be attributed to educational attainment and availability of more productive economic activities in the South. Lack of opportunity is driving rural-urban migration with over 50% of the population in urban areas and projected to increase to 75% by 2050. Rapid population growth leads to urban sprawl and slum development, and challenges the security of lives and properties in urban areas.

Government response to the demographic opportunity

Government response to these major challenges has been stronger on theory than much-needed action. Though the polls indicated that high unemployment and a lack of jobs were major voter concerns ahead of the February 2019 elections. The Buhari administration has prioritized populist and interventionist schemes that are yet to impact the economic indices. These include loan schemes with single-digit interest rates for the agricultural (Anchor Borrower scheme) and informal trade (Trader Moni) sectors. Other social schemes include cash transfers to vulnerable people, a school feeding program covering up to nine million children and graduate employment schemes. These schemes are popular with potential recipients but have weak linkages to growth as beneficiaries remain largely outside the tax net and therefore there is a question on their sustainability. With 37% of government revenues pegged for debt service, it is not clear how all these initiatives will be funded without major reforms, particularly considering pressures from the recent increase in minimum wages to N30,000 ($83) from N18,000 ($50) per month.

With the 2019 elections now behind us and Buhari’s mandate renewed; it is hoped that implementation of economic reforms to boost growth should gain momentum. Interest by investors in numerous sectors to address the growing demand for goods and services, ranging from infrastructure, consumer, including healthcare and education, to financial inclusion will contribute to growth and job creation. The government, however, needs to create the enabling environment to attract FDI and invest in healthcare and education for Nigeria to exploit the demographic opportunity and avoid economic stagnation and a further deterioration of the security situation.

This article was first published by Actis. Read the original.