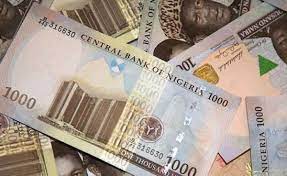 I state once again as I have in many forums, that Nigeria cannot continue with the idea of having 10,000 Bureaux de Change. Nigerians are famously selfish (and some will say short-sighted) and we are having less and less sense of collective development or nationalism.

The frustration of getting 500 new requests every week made CBN Governor Emefiele take the decision of selling foreign exchange to so many thousands of players. Many people owned three or four or five licenses.

Most members of the National Assembly and State Assemblies owned BDCs. Emirs, Obas and Obis/Ezes were not to be left behind. Top bankers owned theirs. In fact, anybody who was anybody. Governors and Ministers owned through proxies. And this led to the dollarisation of the economy.

Any keen observer would have noticed that almost all our politicians never spend the naira. Most move around with bales of US Dollars in their car booths, and this did not start today; only that it is now the standard. Even VP Osinbajo’s son, while felicitating with Yusuf Buhari, donated $100 on behalf of SouthWest youths. His dad should have let him know the implication of that but for the fact that it is way too rampant in government circles.

By spending US Dollar in government circles, the people in Buhari’s government have cast a vote of no confidence on the naira and cannot, therefore, expect ordinary Nigerians to show more patriotism than they are showing.

But back to the BDC issue. It is ridiculous to hear people say the stoppage of dollar sales to BDCs will affect manufacturers. BDCs are meant strictly to service the invisible trade segment of the market (travel, school fees, and such). The manufacturers indict themselves and reveal that the BDCs have been doing illegal business by their statement. Needless to say, the number of BDCs is way too many that no regulator could even sieve through their weekly returns, so the CBN gave up on checking a long time ago.

The banks can service invisible trade better and be monitored. The Managing Directors of the banks also understand that they have a lot more to lose if any of their staff is found to be bending the rules for tiny amounts in dollars. Therefore, with the banks handling that segment, the CBN can see something close to the real demands for the dollar for invisible trade transactions.

Before this development, the CBN was merely packing hard-earned dollars and throwing into the Atlantic Ocean, where it ends up in the pockets of smart Alecs. We should never again return to such a wasteful and obnoxious policy under any form of blackmail. By way of data, the last time I checked, there were 145 moneychangers or BDCs in the whole of the UK. In New York, which is another tourist haven, they had 40, all with offices.

In the UAE another tourist melting pot, they had 130. Nigeria set another ridiculous world record with 5,000, 6,000, or 10,000 BDCs. BDCs should thrive where tourists throng.  We are all killing this currency and by extension, this nation. And we will all suffer when the doo-doo hits the fan.