Home Thought Leadership Alison Gillwald: South Africa is caught in the global hype of the... 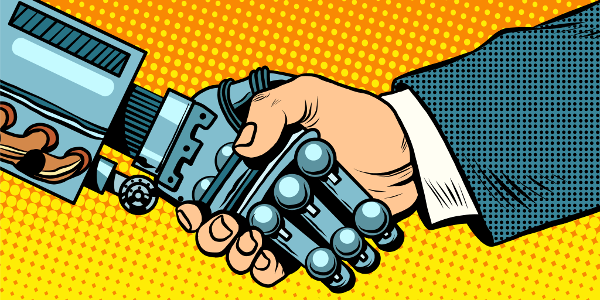 South Africa is caught up in the global hype of the Fourth Industrial Revolution (4IR). This is distracting it from the unfinished business of redressing inequality and creating the preconditions for an

Reinvented by Klaus Schwab of the World Economic Forum (WEF), 4IR technologies are presented as having the potential to propel digitally-ready countries into a new age of unprecedented economic prosperity.

The Forum’s appropriation of the concept has arguably been one the most successful lobbying and policy influence instruments of our time. Mobilizing around the elite annual gathering in Davos, the WEF policy blueprints on the 4IR fill a vacuum for many countries that haven’t publicly invested in what they want their own futures to look like. South Africa is one of them.

With visions of global prosperity, packaged with futurist conviction and fantastical economic forecasts of exponential growth and job creation, they appear to provide a ready roadmap in an uncertain future.

But caution is required. Even a cursory glance at earlier industrial revolutions will show that they have not been associated with the interests of the working or underclasses. This is despite the broader benefits to society from the introduction of steam, electricity and digitisation. Rather, they are associated with the advancement of capitalism, through the “big” tech of the day.

The so-called Fourth Industrial Revolution is no different.

There is little to link the WEF’s reductionist conception of industrial development with the rich school of thought that has examined complex and revolutionary change over time. The intellectual origins of the subject lie with Nikolai Dmitriyevich Kondratiev. In 1926, he identified waves and shifts in capitalism as it matured over time. This became known as the Kondratiev Wave. It was popularized intellectually by the Austrian political economist Joseph Schumpeter’s notion of “creative destruction”.

That concept now underpins much of the contemporary theory on innovation. It also informs thinking about disruption as a potentially positive economic and social force. So far, six Kondratiev waves are identified in the literature. Information and communication technologies is the fifth. Renewable energy is proposed as the sixth.

Yet this intellectual tradition has been ignored by the WEF. In addition, a range of institutions have responded to its clarion call. These include Ivy League universities, international industry conferences, multilateral agencies, development banks and regional economic commissions.

At the same time international donor agencies and governments are diverting public funding from pro-poor policy research agendas on digital inclusion to artificial intelligence as well as robotics, machine learning, drones and blockchain. This, on a continent where internet penetration in many countries is below the critical mass 20% believed to be necessary to enjoy the network effects associated with broadband adoption and economic growth.

In South Africa, the 4IR has become the mantra of every new policy initiative and official event. President Cyril Ramaphosa has thrown his weight behind it as the route out of the economic crisis. His proposed vehicle for pursuing it is a new presidential commission.

The limits of technology

The notion of a 4IR might be a convenient way of packaging history and of mobilizing people. But there is nothing inherent in so-called 4IR technologies that will necessarily result in economic growth, job creation or empowerment of the marginalized.

Evidence from the so-called third IR tells us we should not take for granted that technology will translate into wage or productivity growth. Nor will it necessarily generate “decent work”. Countries must first develop a good set of complementary policies, both as business and government, to reap the benefits of these increasingly pervasive advanced technologies.

The conflation of broad digital policy required to support social and economic transformation with this narrower aspect of the deployment and governance of the data associated with ‘4IR’ technologies is problematic. In fact, layering these advanced technologies over the existing structural inequality in South Africa will exacerbate existing social, economic and political inequalities.

It is not that advanced technologies cannot be mobilized for developmental purposes. But technology, in and of itself, cannot change or disrupt existing modes of production. It also cannot determine positive or negative outcomes. The interests that mobilize behind or drive certain innovations, and the uses to which the resulting technologies are put determine their social, economic and political outcomes.

Accenture, the international consultancy that partners with the WEF globally on the 4IR, has prepared a framework for the Department. This, it says, will enable South Africa to become 4IR-ready.

Perhaps unsurprisingly, the report perpetuates some of the myths of the 4IR. It claims that 4IR technologies across industries in South Africa can, over the next decade, contribute R5 trillion ($329 billion) worth of social and economic value. It also claims that they will create four million jobs.

The report says these are based on the methodology developed by the WEF in collaboration with Accenture. But there is no explanation of the methodology; no basic workings on how these figures were derived.

South Africa has about 700,000 new young people entering the job market every year. The Center for Economic Development and Transformation estimates that a growth rate of around 10% will be required to absorb these new entrants into the economy. But the current growth is only expected to reach 1.5% in 2019. It is then expected to rise to 2.1% by 2021

With the Accenture copyright emblazoned on the report, it has now been released as a government document. With a nod to digital inclusion the report does observe that to make this miracle happen, South Africa will need to meet several conditions. These include improved connectivity, effective regulation and functioning markets.

Optimized consumer welfare, redressing poor education outcomes, and developing an appropriate digital skills base for the new economy will all be crucial too. All undoubtedly correct, but this is no revelation. These are all objectives of current policy that South Africa has failed to achieve to different degrees over the past 25 years.

The report makes no effort to explain why the outcome of two decades of policy reform and sector regulation has failed to maximize consumer welfare – its primary objective. Instead the sector is characterized by rent extraction. This has been by both the private sector (high prices) and the state (license fees and secondary sectoral taxes that contribute to the high prices).

Like other reports from the slick international consultants over the years, they fail to engage with a host of critical inhibitors of digital inclusion and diffusion of advanced technologies beyond an elite. It does not ask why previous rounds of market reform weren’t successfully implemented. There is no reference to the absence of institutional endowments necessary to implement so-called international “best practice” in most African countries.

Addressing the reasons for policy and institutional failures and proposing how these might be overcome would have gone some way to laying the ground for South Africa to more equitably embrace the impending “Fourth Industrial Revolution”.

This article was first published by The Conversation.