Home Thought Leadership After A Decade Of Oil Production In Ghana, It’s Time To Switch... 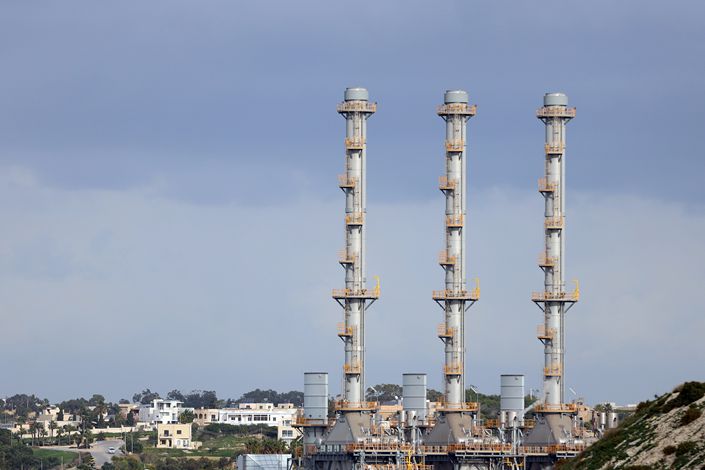 As one of Africa’s most promising developing economies, Ghana is powering up its domestic energy supply, adding crude oil to its natural resource mix in 2010. Ghana is hungry for industrialization fuelled by cheap and dependable power, yet the key ingredient needed to catalyze the process is not yet available at competitive rates.

The nation’s energy mix currently consists of thermal (61%), hydroelectricity (38%), and other renewables such as solar, wind, and biomass, which constitute less than 2%.

As part of the national energy policy, Ghana’s government has committed to achieving 100% electrification by 2020, with 10% of generation sourced from renewables. These targets were both missed, with universal electrification currently at 85%.

At the same time, the cost of Ghana’s electricity is the one of the highest in West Africa, with power sold at a minimum of 14 cents per kilowatt-hour to non-residential consumers.

In response, Ghana is laying the groundwork to improve its energy security and prospects for industrialization through the introduction of LNG, a cheap, abundant, and clean source of energy, into its energy mix.

Cheap and competitively priced power is needed for rapid industrialization. But why is the cost of power so uncompetitive in Ghana?

Over the last decade, the country has depended on liquid-based fuels such as diesel and light crude oil to generate power, resulting in higher generation costs.

A lack of investment in transmission and distribution infrastructure further compounded the problem, resulting in huge losses in these value chains. These factors, combined with a partially deregulated tariff structure, created crucial bottlenecks for the state-controlled Ghana Grid Company (GRIDCO), which is solely responsible for nationwide transmission, to provide competitive tariffs to the end-user.

Draconian power purchase agreements signed by Ghana between 2012-2016 during a period of energy crisis (Dumsor), were largely a knee-jerk reaction that spent millions of public money on purchasing power that was left unused.

It is estimated that around $500m is spent annually on unutilized excess capacity. Attempts to terminate some of these agreements have not been cost-effective as they have incurred huge judgment debts – ordered by courts on suppliers who dishonour contracts. Ghana now faces a serious dilemma on how to manage these contracts in the future.

Luckily, a transition to gas, which is both greener, cheaper, and more reliable than other energy sources, is underway.

Almost all the thermal power plants have already or are able to shift to liquefied natural gas (LNG) for power. This future-proofs the power sector and will help counter the current issues around generation.

Aside from limiting greenhouse emissions such as methane and carbon dioxide, gas-based fuels have proven to be reliable and cost-effective.

With oil fields saturated with billions of standard cubic feet (scf) of associated gas, produced by oil wells, and non-associated gas, and the recent announcement of sub-Sahara’s first LNG terminal project in Ghana’s Atlantic seafront city of Tema, Ghana’s gas supply could not be more secure.

Ghana has within its shores an abundance of gas reserves. The flagship offshore Jubilee and TEN (Tweneboa, Enyenra, Ntomme) fields together could potentially produce up to a trillion scf of gas, while the ENI-operated field is estimated to produce up to a trillion as well. Yet both fields have struggled to achieve production targets for end users.

In the past, Tullow, the Jubilee field operator, attributed their inability to meet the production targets to gas off-take bottlenecks, instead resorting to gas reinjection and flaring to optimize the oil production from the fields, which removes gas from the supply chain to end-users.

Establishing Ghana Gas to serve as the nation’s gas aggregator was an excellent starting point to offset the problem of unused gas. Ghana Gas, the state agency managing the nation’s mid-stream business, is only designed to process a minimal 150m standard cubic feet per day.

This highlights the massive investment needs of the domestic gas sector, starting with the retooling and expansion of Ghana Gas and subsequent investments into pipeline infrastructure to convey processed gas to utility points across the country.

The current administration is looking to fold the power and petroleum ministries into one umbrella ministry, with the hope that the move could foster that seamless synergy required to link up these two strategic sectors.

Developing nations such as Ghana are in dire need of private sector investment to drive the progress and development of the energy sector.

Tema LNG Terminal is just one example of successfully integrating a new fuel type into an existing energy mix.

According to the current project director, Edmund Agyeman-Duah, Tema LNG Terminal Co. (TLTC) took delivery of the floating regasification unit from Jiangnan, China, in January, paving the way for the supply of 1.7m tons of natural gas per year for power generation to begin before the end of Q1 2021.

As well as improving energy supply to the east of Ghana, which currently lacks the infrastructure to provide a stable, cheap gas supply, Ghana will be in a position to supply cleaner fuel at competitive rates to the wider sub-region both inland and along the coast.

TLTC, backed by Helios Investment Partners and Africa Infrastructure Investment Managers, began building the $350m project about two years ago. The terminal will process gas supplied under a long-term contract with Royal Dutch Shell Plc, delivering to the state-owned Ghana National Petroleum Corporation (GNPC), which is currently the mandatory off-taker that will receive regasified LNG to fuel plants in the Tema power and industrial enclave.

This project can be key to Ghana’s energy security and industrialization as it will guarantee an uninterrupted supply to industrial customers who work off-grid, particularly those in the east of the country that do not have access to other reliable sources.

This project is coming at a time when the nation is working towards liberating itself from the shackles of take or pay contracts, where the off-taker either takes or pays for the energy produced, which is currently in place with domestic suppliers.

A concerted effort has to be made to channel some of the proceeds from hydrocarbon production into the renewables sector if Ghana is to achieve the 10% target by 2030. Expanding the gas and renewable energy base will be key to realizing the 100% electricity penetration.

Ultimately, Ghana’s energy security will lie in its ability to link up the power and petroleum sectors seamlessly. This challenge is currently underway and, with the right energy mix and a focus on gas as a transition fuel, a greener future for Ghana is in sight.