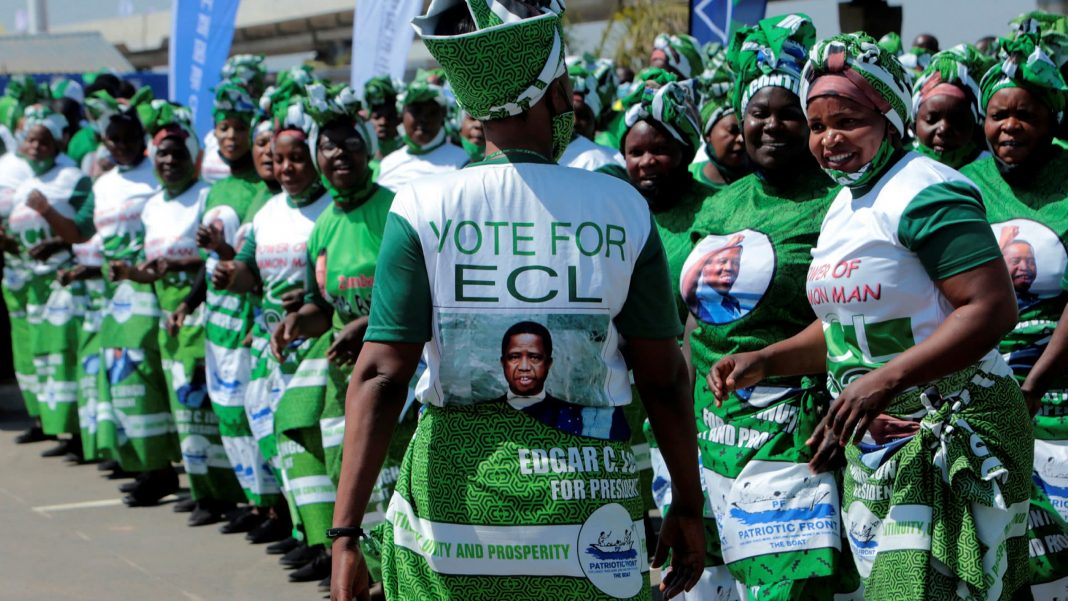 Hakainde Hichilema’s overwhelming election victory to become Zambia’s seventh president has unexpectedly re-established democracy in the heart of Africa. The result demonstrates the power of civil society in upholding the rule of law and – almost for the first time – a reduced role for ethnicity as a voting factor in African politics.

Mr. Hichilema ousted President Edgar Lungu, an autocrat who has ruled Zambia with increasing despotism since 2015. His administration, ceaselessly corrupt, has destroyed a once-prosperous economy and made the lives and livelihoods of most Zambians progressively more desperate.

Consumed by power, Mr. Lungu drove Zambia deep into debt. His government splurged on dams, stadiums, and other infrastructure improvements, as well as excessively expensive roads (including a freeway that did not quite make it to Lusaka), with many new arteries costing twice the African average per mile.

The government also raised civil service salaries several times. As a result, Zambia’s debts in foreign currencies and pledged to foreigners tripled between 2014 and 2018 relative to GDP. Its total debt grew 1,000 percent, to US$12-billion, from 2011 to 2020.

Inflation is running at about 25 percent a year. Thanks to improvident borrowing from China for road and dam construction, Zambia ran out of cash in 2020 and defaulted on several major European bond repayments.

Once one of the world’s great copper producers and now Africa’s second-largest exporter, misplaced policies pursued by successive administrations severely reduced the output and profitability of Zambia’s copper mines, with cadmium its only other substantial foreign-exchange-earning resource. In recent years, Mr. Lungu’s government did little to lessen the country’s reliance on copper or to give the industry confidence to invest for the future.

With copper revenues falling and corruption rising, Zambians suffered high food prices and shortages of staples together with stagflation – a combination that assured unprecedented levels of economic distress. Mr. Hichilema’s sixth successive electoral campaign hence rode to victory thanks to the country’s prevailing sense of discontent and anger at Mr.

Lungu’s tight-fisted policies, including his curtailing of free speech and assembly. The non-profit Freedom House rates Zambia as only “partly free,” with a low score of 52 out of 100.

Observers expected Mr. Lungu to rig this month’s election and manipulate the results, just as he had illegally curtailed Mr. Hichilema’s ability to address voters and canvass all parts of Zambia, a Texas-sized country with a population of 18 million. But, in the end, Mr. Lungu’s ability to cheat was contained by the united efforts of church leaders and Zambia’s legal fraternity, both of whom observed the actual vote and engaged in parallel results collection, making any attempt to falsify totals almost impossible.

Unlike next door in Zimbabwe, where the rigging of elections has been an art form since at least 2001, and Zambia in 2015 (when Mr. Hichilema lost to Mr. Lungu), the people of Zambia writ large expressed themselves fully and gave Mr. Hichilema a surprisingly large margin of victory – he received 2.8 million votes to Mr. Lungu’s 1.8 million.

Mr. Hichilema’s victory also showed that African voters are finally able to eschew ethnicity preferences. In few other countries has a minority candidate triumphed over a representative of a majority constituency, with policy trumping identity. Mr. Lungu is a Bemba, Zambia’s largest ethnic group.

Since independence in 1964, speakers of CiBemba have dominated political life in Zambia, with only the short-lived presidency of Rupiah Banda (2008 to 2011) a technical exception. Now, Mr. Hichilema, 59, a British-educated CiTonga-speaking businessman and accountant from Monze, in the south, has broken the political hold of CiBemba speakers.

Whether the new President and his administration can quickly improve Zambia’s economic prospects is the big imponderable. Mr. Hichilema says he can. He promises to root out corruption – a major and difficult task for any incoming African president. But if he revives honest dealings and shows that his professed reform agenda is real, then Zambia’s relatively well-educated and resilient people will respond with alacrity.

Zambia requires a massive bailout from the International Monetary Fund due to last year’s default and the country’s critical shortage of foreign exchange reserves. The IMF will doubtless insist on curtailing the subsidies that now buoy up urban life but increase the national deficit.

Mr. Hichilema’s incumbency is no guarantee of probity and smart political and economic initiatives, but his victory at the polls is a harbinger of Africa’s growing political maturity.

Robert Rotberg is the founding director of the Harvard Kennedy School’s program on intrastate conflict, a former senior fellow at the Centre for International Governance Innovation, and president emeritus of the World Peace Foundation. His latest book is Things Come Together: Africans Achieving Greatness.