Home Politics Where Are All The Women In Nigerian Politics? 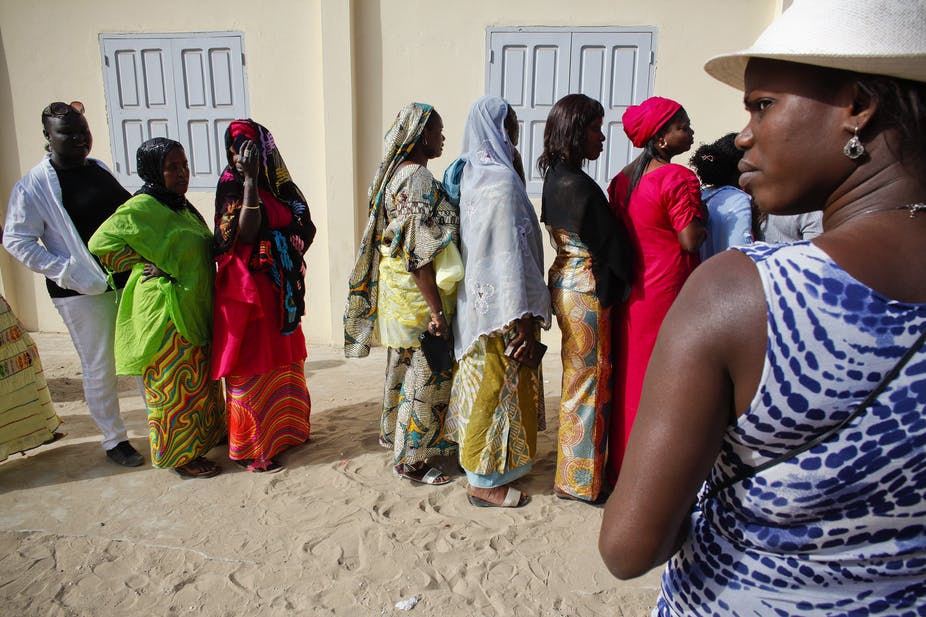 Daring to join the male-dominated world of Nigerian politics was a tough decision for Ladi Mamman Watila, particularly in the conservative north-eastern state of Borno. But in 2003, Watila ran for a seat in the House of Representatives (the lower house of the National Assembly of Nigeria) on behalf of the All Nigeria People’s Party. Most of her opponents were men who felt she was better suited to the kitchen than the rough and tumble of national politics.

“They called me a prostitute,” she explains in an interview. “Acceptability was a major problem because, in northern Nigeria, women are to be seen and not heard.”
Unsurprisingly she lost the election to the son of a traditional ruler. That was 15 years ago, but not much has changed for women like Watila who are battling for equal representation and participation in the political sphere.

Five national elections have been held in Nigeria since 1999 when the country returned to democratic governance after years of military rule. But only a handful of women have ever held public office. Just three percent of people elected to public office in 2003 were women. By 2007 that figure increased to about seven percent in but in 2015, the numbers once again declined to 5.6 percent.

It’s a strange state of affairs given that Nigeria is Africa’s most populous country and elsewhere on the continent significant gains have been made in this arena. For example, four of the world’s top 10 countries in terms of women’s political representation in parliament can be found in sub-Saharan Africa (Rwanda, Seychelles, Senegal, and South Africa), according to a recent report entitled Women’s Political Representation in Nigeria by Nigeria’s Policy and Legal Advocacy Centre (PLAC). And yet efforts to increase women’s participation in politics, public life, and policy-making in Nigeria have so far yielded negligible gains at a local, state, and federal level.

The reasons for the under-representation of women in Nigerian politics are numerous. Even though Nigerian women have made significant advancements in social and economic terms, patriarchal strictures still impede the advancement of feminist discourse and women’s advancement. This is particularly noticeable through the prism of religion. Nigeria is a multi-religious state with almost the same number of Christians and Muslims amongst its 198 million-strong population. However, conservative interpretations of both religions mean that female politicians in Nigeria have to fight both cultural and religious bottlenecks to make it into the corridors of power.

A female politician from Kano State in northern Nigeria, Aminat Aji, had to challenge this religious barrier when she declared her bid to join the Senate on behalf of the People’s Democratic Party (PDP) in 2003. Aji was an aide to the late Kudirat Abiola, a prominent women’s rights activist and the wife of MKO Abiola, the winner of the infamous and annulled 12 June 1993 presidential election.

Aji says that despite having the backing of her family, she still faced stiff opposition from male politicians. “They said a Muslim woman has no business in politics. I tried to correct the misunderstanding. I explained that I only desired to represent them. But they removed my campaign posters. I lost the election.”

Not all female politicians consider religion as a barrier. In 1992, Sarah Jubril became the first woman to run for president under the Social Democratic Party, but she came fourth. In 1998, she ran again for the PDP, but lost to the former military ruler Olusegun Obasanjo, to whom she also lost in 2003.

For Najatu Mohammed, also from Kano State, running for a seat in the Senate on the platform of the Democratic Party of Nigeria (DPN) during the military regime of Sani Abacha in 1998 showed her just how much hard work, persistence and courage women need to succeed in politics. Mohammed says that many women are discouraged from contesting elections not only because they face hostility but because they have so many care responsibilities at home. “There is so much financial cost, there is also violence in politics. But we also have to consider taking care of our children. This is our primary role,” she says.

Despite all the challenges, Nigeria has a number of exemplary female politicians and women’s rights leaders who have distinguished themselves on the national and international stage. Chief Funmilayo Ransome-Kuti, founder of the Abeokuta Women’s Union and mother of the late musical icon, Fela Anikulapo-Kuti, is regarded as one of Nigeria’s feminist pioneers, as well as a leading figure in the anti-colonial movement.

Other contemporary figures who have made their mark in national and international politics include Amina J. Mohammed, the current deputy secretary-general of the United Nations and Nigeria’s former environment minister; Ngozi Okonjo-Iweala, the former finance minister who became the managing director of the World Bank from 2007 to 2011; Oby Ezekwesili, also a former education minister and coordinator of the Bring Back Our Girls campaign; and the late Professor Dora Akunyili, the former minister of information and communication who made her name as the director general of National Agency for Food and Drugs Administration and Control (NAFDAC) in her crusade against fake drugs.

Additionally, there are a number of organisations and initiatives attempting to challenge the gender imbalance in Nigerian politics and increase the number of women in leadership roles. One of them is the aforementioned PLAC, which runs a project called Expanding Political Participation of Women in Nigeria with the support of the Ford Foundation.

Another organisation, the Legal Defence and Assistance Project (LEDAP), has a similar programme which helps experienced and successful female politicians to mentor younger ones. The LEDAP also encourages the political participation of women at a local level.

Professor Remi Sonaiya, a former university professor at Obafemi Awolowo University in Ife, Osun State, was the only female presidential aspirant in the 2015 elections on the platform of the grassroots KOWA Party. Today she is a leading advocate for gender parity in Nigerian politics and tells Equal Times that even though she is a member of a minority party (Nigerian politics is dominated by the PDP and the All Progressives Congress), she plans to run again under the same ticket.

There are a number of other women who have expressed their intentions to run in the hotly-contested 2019 presidential elections against the incumbent Muhammadu Buhari. Funmilayo Adesanya-Davies is planning to run for the PDP, while 39-year-old mum-of-five Eunice Atuejide has announced plans to run for the party she launched just last year, the National Interest Party.

For Sonaiya the ratification of the quotas for women in politics that the Nigerian government supported during the United Nations’ Beijing Conference in 1995 will be a crucial step in supporting the political ambitions of women like Adesanya-Davies and Atuejide. If the law is ratified, 35 percent of ministers will be mandated to be women along with 20 percent of commissioners for state ministries.

Negative impacts of the gender imbalance

The results of the gender imbalance in Nigeria politics are multifaceted but most pronounced when men are left to debate and legislate on matters concerning the development and livelihoods of women and girls.

This played out in March 2016 when a female senator for Ekiti South, Abiodun Olujimi, presented a bill seeking gender equality and women empowerment, as well as the protection of women’s land rights, an end to gender discrimination in education and employment, and an end to gender-based violence. However, the Gender and Equal Opportunity Bill was thrown out by a number of male senators in 2016 and again in 2018 on religious and cultural grounds.

For Sonaiya, such comments underscore the importance of having more women in leadership positions and influencing public policy.“When men dominate power, it means we are only using 50 per cent of our capacity to make decisions. Studies have shown that when more women participate in government, the whole of society benefits. It is known, for instance, that women are more concerned about social services, the state of hospitals and schools etc, because they use these services more than men do.”

Today, Olujimi is focusing her efforts on fighting for the 35 per cent quota for female ministers in addition to plans to re-present the bill despite its repeated lack of success. She tells Equal Times: “The Gender Equality and Equal Opportunity Bill will protect the interests of women and ensure more girls are educated. Widows will not be chased from their husband’s homes and women will not be denied certain opportunities at their workplaces because of their gender or their marital status.

“Politicians have been treating women as tokens but we are tired of tokenism. It’s unacceptable.”

Toluwani Eniola is a freelance journalist based in Lagos, Nigeria. In 2017, he was named an ICFJ Early Childhood Development Reporting Fellow and the Investigative Reporter of the Year by the Diamond Awards for Media Excellence (DAME).