Home Politics What Is International Women’s Day for Black women? 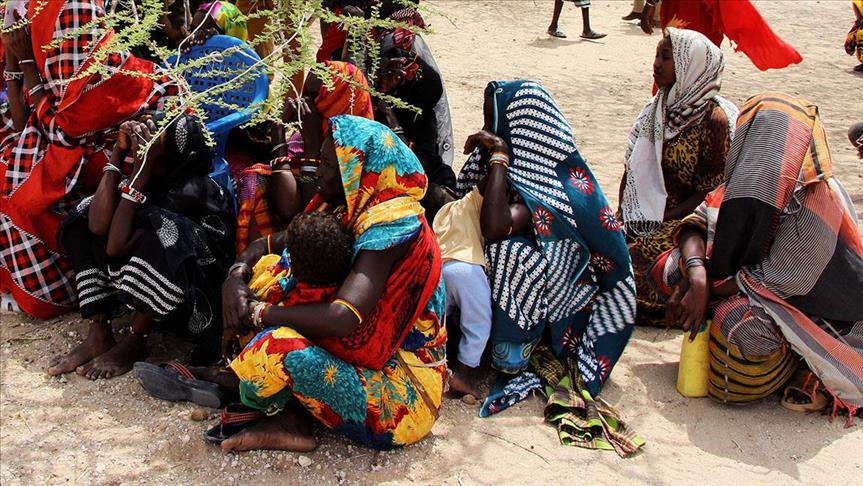 Today much of the world marks International Women’s Day. From Afghanistan to Guinea-Bissau and the United States, March 8 is recognised as the day to celebrate the achievements of women’s rights movements.

The origins of International Women’s Day can be traced to New York where, in 1908, thousands of garment workers went on strike, marching through the streets of the city to demand better pay and working conditions. Several years later, European feminists held a meeting in Copenhagen where they agreed to establish an international day to commemorate the women’s struggle. In 1911, March 8 was celebrated internationally for the first time.

The pioneers of mainstream feminism in the US and Europe advocated for better working conditions, suffrage, the right to run for political office, and an end to discrimination against women. Their work in pursuing gender equality was admirable, but it also featured some deeply flawed practices which have to be acknowledged.

The European and American mainstream feminist movement for a long time excluded Black women from its history and its celebration of women’s achievements. International Women’s Day, too, has historically left out Black women.

The exclusion is not a result of Black women’s lack of political participation in eliminating gender oppression, rather, it is the result of the perennial anti-Blackness of the white feminist movements.

Members of the early white feminist movement were, by no means, a homogeneous group, but the majority did not necessarily espouse anti-racist views or anti-slavery and anti-segregation agendas. In fact, there has been a clear link between white feminism and white supremacy and colonialism.

In her book, They Were Her Property, historian Stephanie E Jones-Rogers points out that white American women were not docile victims who also suffered the brutalities of the white patriarchal society. Rather they sought to create “freedom for themselves by actively engaging and investing in the economy of slavery and keeping African Americans in captivity”.

Over the past century, the white feminist movement may have evolved, but this exclusionary legacy has persisted. As activist Mikki Kendell writes in her book, Hood Feminism, “since its inception, mainstream feminism has been insisting that some women have to wait longer for equality, that once one group (usually white women) achieves equality then that opens the way for all other women. But when it comes right down to it, mainstream white feminism often fails to show up for women of color.”

This exclusion and erasure, however, have not dissuaded Black women from fighting for their rights. In fact, they have not only shown up for themselves, but for everyone else. Black feminism was and continues to be grounded in building solidarity across racial, class, and gender lines.

In the US, Black women were at the forefront of the twentieth-century anti-racism movement, calling for reparations and challenging debt peonage and racial violence. They created public spaces to theorise and advocate for economic freedom and restitution.

In 1896, Black American activists Mary Church Terrell, Harriet Tubman, Frances E W Harper, and Ida Bell Wells-Barnett founded the National Association of Women of Color, which became a vehicle for Black women to advocate for equal pay, childcare provision, suffrage, and educational scholarships. Being one generation away from slavery, they formed a collectivist and cross-class alliance to fight against racial and gender-based violence in the Jim Crow era, including convict leasing, lynching and debt peonage.

In her 1907 paper, Peonage in the United States: The Convict Lease System and the Chain Gangs, Terrell condemned convict leasing, emphasising how this system was “in some respects more cruel and more crushing than that from which their parents were emancipated forty years ago”.

In the 1920s, feminist activist Audley Moore made her first steps in reparations advocacy. In the following decades, she headed the National Emancipation Proclamation Centennial Observance Committee and Reparations Committee and led the struggle for the recognition of self-determination, land redistribution, and reparations for African Americans and other diasporic people.

Black women also advocated for social justice for the working class as well. In the 1930s, labour unions and the Communist Party were two of the avenues that working-class Black Americans used to challenge discriminatory practices. They were able to build multi-racial working-class solidarity in the Steel Workers Organization Committee, Congress of Industrial Organization and Alabama’s Sharecroppers Union.

In Brotherhood of Sleeping Car Porters Union, one of the first trade unions led by Black Americans, women played an active role in the advocacy work to improve the working conditions and treatment of train porters and maids employed by the Pullman Company. African American activist Frances Albrier worked alongside other women to educate maids about their rights, attract them to the union and push forward their demands for better wages and working conditions.

Black women sought restitution beyond the parameters of workers’ rights and gender equity at the workplace. Their advocacy work also focused on undermining the foundations of exploitative capitalism and patriarchy to achieve wide-ranging social change.

In the 1970s, Black radical women from the Combahee River Collective insisted on overthrowing the institutions that oppressed Black women – capitalism, sexism, and racism. In their seminal manifesto, they argued for building a more egalitarian society through economic and political redress and through a “collective process and a nonhierarchical distribution of power within our own group and in [our] revolutionary society”. Black feminist liberation – they believed – could be achieved through socialist anti-imperialist struggles from below – principles that are echoed today in the calls of Black feminist activists.

After more than a century of Black feminist struggle, Black women have achieved a lot. But despite the gains made since the anti-lynching campaigns of the early 20th century and the Civil Rights era, they continue to face systemic racial and gender-based discrimination and violence.

Today, Black women earn 61 cents on average for every dollar a white man makes, compared with 79 cents for white women. Researchers estimate that African American women lose more than $900,000 over their lifetime due to this gender and wage gap. Black women are also less safe: They are three times more likely to experience intimate partner violence and 1.4 times more likely to be killed by police compared with white women

In recent years, a series of Black women’s deaths at the hands of the police have rattled the Black feminist movement. In 2014, 37-year-old Tanisha Anderson died while being escorted by police officers to a mental health facility. In 2015, 28-year-old Sandra Bland was found dead in police custody. And in 2020, 26-year-old Breonna Taylor was shot dead by police officers who mistakenly raided her home. There has been no justice served in any of these cases so far.

Black transgender women are also facing horrific levels of racism and violence. As the Human Rights Campaign has noted, transgender women of colour in the US face misgendering, discrimination and deadly violence, with Black and Latinx transgender women representing the majority of violent deaths among transgender or gender non-conforming people. In June 2020, amid the George Floyd protests, two Black transwomen, Dominique Fells and Riah Milton, were killed in the same week. In February 2021, Alexus Jordan, a Black transgender woman from my hometown of Miami was also murdered in a “vicious and violent attack”.

In the wake of these deaths, the Black feminist movement and the Black transgender community have all mobilised to put up collective resistance to the persistent tendency in the American society to see Black women and transgender women’s lives as expendable.

And like the pioneers of the Black feminist movement, they are building wide coalitions and laying out broad demands for social and gender justice, including the decriminalisation of sex work, redistribution of wealth, welfare provision, and comprehensive housing reform.

Black women and Black transgender women are now at the forefront of various working-class, feminist, and anti-racist initiatives and movements. Black Lives Matter, a formidable movement founded by three Black women – Patrisse Khan-Cullors, Alicia Garza, and Opal Tometi – has reshaped the conversation about racial justice and equity in the US. Along with Latinx activists, Black women are also leading the effort in the fight for a $15 minimum wage.

African American women’s long history of activism for gender and racial equality is an inextricable part of the history of Black women leadership in the anti-colonial liberation, and social and gender justice struggles across the world.

As scholars Akwugo Emejulu and Francesca Sobande have sharply observed in their edited volume, To Exist is to Resist: Black Feminism in Europe, Black feminist experiences are part of a history of radical imagination and revolutionary action. Even in the context of displacement, lynching, and transphobia, Black women have cultivated liberation with intention.

Black feminist history matters and it is time the achievements of Black women around the world are acknowledged and celebrated. The foremothers of International Women’s Day may have excluded Black women, but their successors have the opportunity to correct this wrong by embracing the commitment to upend gender and racial oppression as an integral part of the mainstream feminist movement.