Home Politics What Africa And Asia Can Teach Each Other 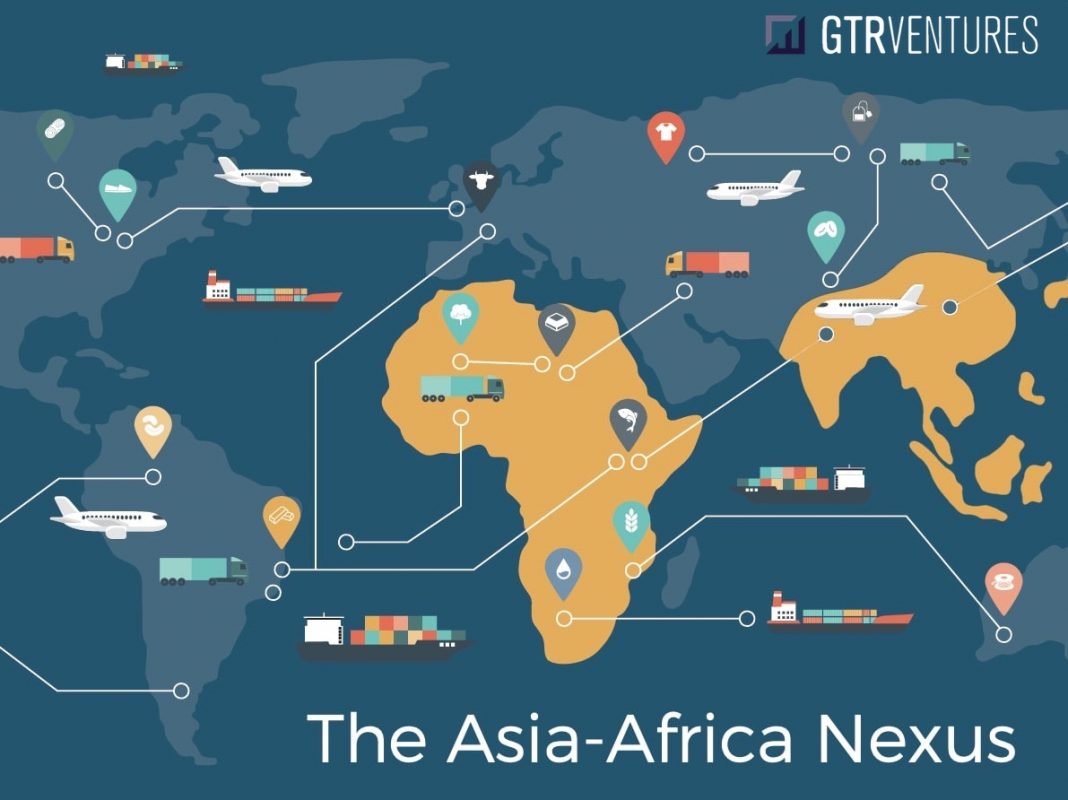 When Sudan lacked a formal plaque at the 1955 Bandung Conference, where the leaders of Asia and Africa declared the Third World project, India’s Jawaharlal Nehru wrote ‘Sudan’ on his handkerchief, ensuring Africa’s then largest country a seat.

It was a time when Asia and Africa, home to almost 80 per cent of humanity, found kinship in their shared trauma and conjoined destiny. Both were always spoken of in tandem. Martin Luther King Jr’s ‘Letter from a Birmingham Jail,’ drew inspiration from what he saw overseas: ‘The nations of Asia and Africa are moving with jet like speed toward gaining political independence.’

Too often we forget that the most defining event of the 20th century was not World War II or the Cold War, but the liberation of billions in Asia and Africa between the 1950s and 1980s as citizens of almost 100 new-born countries.

It also marked the revival of an ancient, pre-European connection. Historically, Asia and Africa were enmeshed centres of wealth and knowledge and the gatekeepers of the most lucrative trade routes. The Roman empire’s richest region was North Africa, not Europe. A severe trade imbalance with South Asia forced Roman emissaries to beg spice traders in Tamil Nadu to limit their exports.

Western Europeans left their shores in desperation, not exploration, in the 1500s to secure a maritime route to the wealthy Indian Ocean trading system that integrated Asia and Africa. Somali traders grew rich as middlemen transiting coveted varieties of cinnamon from South Asia to Southern Europe. The Swahili coast shipped gold, ivory and wildlife to China. Transferring the world economy to the Atlantic first required Portugal’s violent undoing of the flow of goods and peoples between Asia and Africa.

In Bandung, Indonesia’s Sukarno declared ‘a new departure’ in which peoples of both continents no longer had ‘their futures mortgaged to an alien system.’

Yet that departure became a wide divergence that is complex to comprehend. Over the last few years, I’ve shuttled between the megacities of Asia to East and Central Africa. I also grew up in four Asian countries — India, Thailand, Philippines, and Singapore — and lived through Southeast Asia’s exponential rise.

The gap between Africa and East Asia, including Southeast Asia, is perplexing because we share much in common — culture, values, spirit, and worldview. I’m reminded of this in Somalia, Sudan, Uganda, or Ghana, where I’ve felt an immediate sense of fraternity.

It’s now a familiar story: 70 years ago, African incomes and literacy rates were higher than East Asia, then an epicentre of major wars. But in one generation, East Asia achieved wealth, human development, and standards of living that rival a tired, less relevant Western world.

The shockingly inept response by many Western countries to a historic pandemic has only amplified calls for Africa to abandon the Western model and learn from its once closest allies. A new book titled Asian Aspiration: How and Why Africa Should Emulate Asia, hit stores this year, co-authored by former Nigerian and Ethiopian heads of state. An op-ed in Kenya’s Star newspaper even prior suggested Kenyans shift their gaze from the supposed advancement of Westerners to ‘the progress of our comrades in the East.’

THE incessant idea that Africa’s future lies in models not of its own making can be patronising. But Africa can indeed learn from the successes and pitfalls of East Asia, the world’s most economically dynamic region also built from scratch, while imparting wisdom of its own.

Many who previously pondered this gap came up with multiple theories, but often ignored a simple reality: Africa’s geography. Like Latin America, Africa is bedevilled by a predatory power to its north that siphons capital, talent, labour, and hope. By contrast, East Asia, even with several US bases, is an ocean away from the United States and a 12-hour flight from Western Europe.

Europe’s proximity to Africa also cultivated a perennial barrier to development: the Western aid industry. Whether I’m in Haiti or Chad, the sheer domination of Western non-governmental organisations, development agencies, aid convoys, and all manner of plunder masquerading as goodwill — $40 billion more illicitly flows out of Africa than incoming loans and aid combined — is something I never saw even 25 years ago in Southeast Asia.

Industries look for growth opportunities. Developed societies with robust public systems in East Asia offer few for saviours. The streets of Bangkok and Hanoi are lined with Toyotas and tourists, not wide-eyed youths in armoured vehicles guided by white burden. The development industry and most of its participants I’ve had the misfortune of meeting are toxic. Large swaths of Africa remain under occupation of a different kind.

For much of the 20th century, Africa also faced a virulent settler colony in its south which destabilised the region and was so hateful of Black Africans that its mercenaries set up a series of bogus health clinics to surreptitiously spread HIV under the guise of charitable health care.

East Asia’s settler colony, Australia, was never able to replicate South Africa’s belligerence. It did lay waste to Papua New Guinea (where it continues to imprison asylum-seekers) but Australia never invaded or occupied Indonesia or the Philippines.

ANOTHER fallacy explaining African inertia is poor leadership. Leadership is paramount, but Africa produced a generation of independence era leaders whose values and decency the world desperately needs today. All were killed or overthrown by the West — because Africa is a far deeper reservoir of resources than East Asia.

South Korea, Singapore, and Taiwan are not resource rich. Thailand was never even colonised. An Asian country afflicted by similar conditions to Africa is mineral-rich Myanmar, closed to the wider world and progress for decades. Showcases of democracy aside, its kleptocratic, authoritarian political culture, like many African countries, was inherited from British rule. George Orwell’s less referenced book Burmese Days, a recount of his time as a police officer in colonial Burma, called the British empire ‘a despotism with theft as its final object.’

Resources prevented African leaders from towing a middle road that kept Western powers happy while investing in their society. The choice was resource nationalism or authoritarian acquiescence ‘with theft as its final object.’ It was either Lumumba or Mobutu.

East Asian success stories worked within the global capitalist system and conducted deft diplomacy to placate Western superiority complexes while fortifying relationships with the rest of the global South. At independence, Singapore dispatched diplomats around the world, including several African countries, to build trade ties. Its manufacturing companies provided cassette tapes for Sudan’s then booming music industry. It hired Israeli advisors to train its military while staying in the good books of neighbours and Arab partners who stood with the Palestinians. These manoeuvres are only possible when you aren’t sitting on $24 trillion worth of minerals.

Geography aided East Asia. Colonial borders, with a few exceptions, resembled some form of community that came before the nation-state. Consider both the Malay and Korean Peninsulas. Thailand’s borders, while amended as concessions to imperial powers, conformed largely to the cultural and linguistic boundaries of ancient Siam.

Even if Africa and Asia swap carefully selected approaches, ultimate success is only possible from a unity akin to the 1955 Bandung Conference. When we again mingle and ally, when we mourn each other’s dead, when we scribble names on napkins as acts of solidarity, we will again realize our lasting success. The final phase to complete the process of decolonization will have to be done jointly, in unison, or never at all.

Vik Sohonie is the founder of Ostinato Records, a Grammy-nominated label focusing on music from Africa’s past.