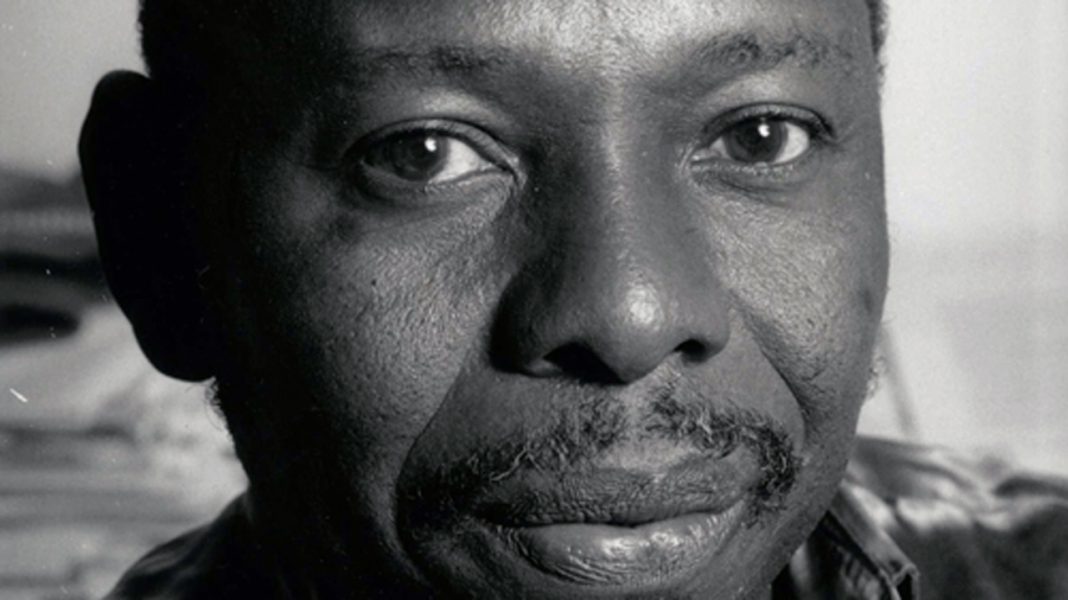 Ken Saro- Wiwa‘s narrative continues to captivate audiences twenty-six years after his death at the hands of Nigeria’s last military regime, primarily for the work he undertook near the end of his life to save the land and water of his fellow Ogoni people.

The letter below was written by Ken Saro-Wiwa in prison before being executed by General Sani Abacha, the Nigerian military head of state, on November 10, 1995.

A year is gone since I was rudely roused from my bed and clamped into detention. Sixty-five days in chains, many weeks of starvation, months of mental torture and, recently, the rides in a steaming, airless Black Maria to appear before a Kangaroo Court, dubbed a Special Military Tribunal where the proceedings leave no doubt at all that the judgment has been written in advance.

And a sentence of death against which there is no appeal is a certainty. Fearful odds? Hardly. The men who ordain and supervise this show of shame, this tragic charade are frightened by the word, the power of ideas, the power of the pen; by the demands of social justice and the rights of man.

Nor do they have a sense of history. They are so scared of the power of the word, that they do not read. And that is their funeral. When, after years of writing, I decided to take the word to the streets to mobilize the Ogoni people, and empower them to protest the devastation of their environment by Shell and their denigration and dehumanization by Nigeria’s military dictators, I had no doubt where it could end.

This knowledge has given me strength, courage, and cheer and given me psychological advantage over my tormentors. Only yesterday, the spirit of Ogoni magicked into my cell a lovely poem by Jack Mapanje, the veteran of Kamuza Banda’s jails. Four years without charge, I had met Jack in Potsdam in person in 1992 and wondered how he had survived it all. Writing from Leeds University, his poem urged me to wear the armour of humour.

The note at the end was also signed by Chengerai Hove, the award-winning Zimbabwean novelist. How wonderful to know how many fine men, the best brains, care for one’s distress? And yes, there has been humour along the way. At noon, on the 16th of March, 1995, my arch enemies, Shell, and the Nigerian Government met at the Northumberland offices of the Nigerian High Commission.

They had some interesting consensus. Shell had not been paid for four months. The High Commissioner, nettle by the endeavours of Anita and Gordon Roddick on behalf of Ken Saro-Wiwa and the Ogoni people, devised “ulterior motives” (such as a coup d’etat against the latest Nigerian military dictator, you know) and wondered how Shell could help with “counter measures”. Shell assured the unhappy men that they were up to the antics of the ” propagandists” and were scoring successes.

Shell was making its own film which would balance the films commissioned on the Ogoni by Channel 4. Shell had even succeeded in convincing some campaigners of the rightness of its cause. The High Commissioner, pleased by that development, urged that the Shell film be screened before Channel 4 film being produced by Catma Films.

He promised to assist Shell “overcome any bureaucratic problems they may encounter in producing the films”. Shell reminded the High Commissioner how one Mr. Boele had pretended to travel to Nigeria as a tourist but used the opportunity to conduct his research and interviews with various groups and individuals. The lesson, beware of human rights activists masquerading as tourists. Do not grant them visas.

But please, the Nigerian Government must pay Shell because ” lack of payment often leads to unemployment and unrest”. Meeting ended. Thus the conspirators. Nothing about ending the genocide of the Ogoni, the trumped-up charges of murder against Ogoni leaders, the widespread misery caused the Ogoni by the conspiratorial efforts of Shell and successive Nigerian military dictators. Just money and how to deflect concerned public opinion. Untimely, however, the fault lies at the door of the British Government.

Ultimately, the decision is for the British people, the electorate to stop this grand deceit, this double standards which has lengthened the African nightmare and denigrates humanity. Whether I live or die is immaterial.

It is enough to know that there are people who commit time, money, and energy to fight this one evil among so many others predominating worldwide. If they do not succeed today, they will succeed tomorrow. We must keep on striving to make the world a better place for all of mankind. Each one contributing his bit, in his or her own way.

I salute you all.