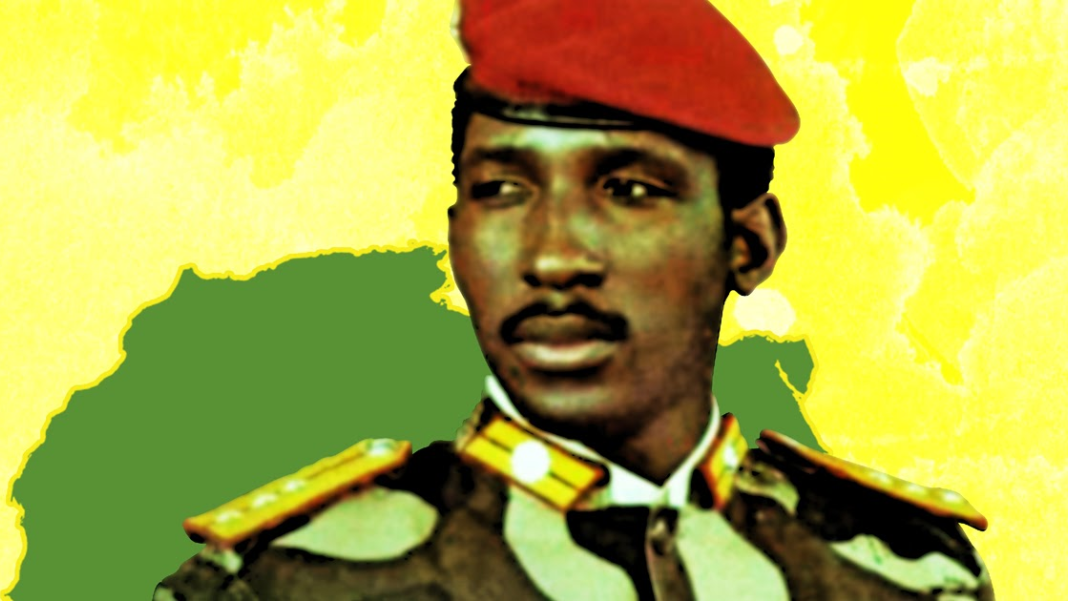 In “Ma part de verité” (My Share of the Truth), the former Burkinabe president looks back on his time in power and his relations with his former prime minister, Thomas Sankara. He does so at the risk of debunking the Sankara myth and igniting controversy.

Almost 37 years after the coup d’état that overthrew the former president,S Jean-Baptiste Ouédraogo, at 77, is breaking his silence.

A practising paediatrician (he works at the Notre-Dame-de-la-Paix polyclinic in Ouagadougou, an establishment he founded in 1992), he has withdrawn from political life, and gives testimony in his book to one of the most unstable periods in the history of what was then still Upper Volta.

Reminiscing on the events that led to his coming to power in 1982, as well as his relationship with Thomas Sankara — whom he is not afraid to criticise — he answered our questions.

Jean-Baptiste Ouédraogo: No one was expecting me in that position, not even me. Circumstances forced me to do so.

At the time, there were more than a hundred of us preparing for the overthrow of the Military Committee for the Recovery of National Progress [CMRPN, led by Saye Zerbo]. We agreed that Captain Thomas Sankara would assume power.

He was politically equipped for this, as he had been Secretary of State for Information in Saye Zerbo’s government before resigning.Daily newsletter: join our 100 000 subscribers! Each day, get the essential: 5 things you need to know Sign up Also receive offers from The Africa Report Also receive offers from The Africa Report’s partners SUCCESSERROR

But the day we took power, he announced that he was not in a position to take on that responsibility. In order to maintain cohesion among the military, he proposed Colonel Yorian Gabriel Somé, but the Chief of General Staff of the Armed Forces was not in agreement. Sankara then proposed appointing as interim president the most senior member of our group’s highest ranking officers, that is, me. That is how I was appointed Head of State.

Thomas Sankara then joined your government as Prime Minister. What was your relationship with him and why did you finally dismiss him in May 1983?

Sankara was not immediately part of the new government. There were only two soldiers, the Minister of the Interior and myself. It was in January 1983, under pressure from those who supported him, that he was appointed Prime Minister. Very quickly, differences emerged.

The People’s Salvation Council [CSP] had defined five objectives over two years: the reorganization of the armed forces and the State apparatus, the establishment of true social justice, the guarantee of individual and collective freedoms with respect for human rights, the promotion of economic, social and cultural development, and the path towards normal constitutional life. We then had to return to the barracks. There was never any question of making a revolution, as those who followed Sankara wanted.

You, in turn, were overthrown on 4 August 1983. How did your arrest take place?

On the evening of 4 August, I was taken to Po, about 100 km from Ouagadougou, where I was detained for two years.

I was lucky enough to stay there with other personalities, even though we were all politically opposed: Presidents Maurice Yaméogo and Joseph Ouédraogo, as well as Prime Minister Gérard Kango. There was also Adama Touré, who had been Sankara’s mentor. It was interesting to talk with them.

You describe Sankara as a fine strategist, charismatic, and manipulative. In doing so, you aroused the anger of many young people. Do you understand their reaction?

I understand it very well. But like all political geniuses, Thomas Sankara had two faces. If he had the qualities of a tribune and the charisma of a leader, he also had a share of cynicism and political Machiavellianism. That is what caused the slippage within the CSP, and then the revolution. There were dismissals and assassinations.

However, some people prefer to highlight his record, believing that abuses were only marginal…

I don’t dispute Thomas Sankara’s record. I’m saying there have been good things and bad things.

I would simply like to be allowed to say what I think of this period in our history. I want to share what I have experienced with those who did not experience that time. People need to read and try to understand. We need to debate in order to write a story that corresponds to what everyone has experienced.

During these years, what role did Libyan Muammar Gaddafi play?

The weapons that were used to overthrow us came from Libya. Colonel Gaddafi also supported a radio station that called for insurrection.

In my book, I recount a very revealing episode: one of his visits to our country had been secretly prepared by Sankara. Gaddafi [saw himself as] a revolutionary who came to support another revolutionary.

This first book is about my management as chairman of the CSP. I could not but mention Thomas Sankara, who was one of my closest collaborators, but there was no question of putting the revolution on trial.

I will tell this sequence in a second volume — I will then give my point of view, as a witness, and as a victim. I hope that others will do as I did and testify, so that there will finally be a contradictory debate about this period.

Sankara was murdered in 1987. What role did you subsequently play under the presidency of Blaise Compaoré?

I mainly worked on the construction of my clinic, where I spent most of my time.

Nevertheless, I was called upon at important political moments and made my contribution: I took part in the Collège des sages, which was set up in 1999 after the demonstrations that followed the assassination of Norbert Zongo, as well as in the National Day of Pardon in 2001.

I also tried to mediate in 2014, at the time of the demonstrations against the amendment of article 37, which limits the number of presidential terms of office.

The National Assembly adopted on 21 January a bill establishing Volunteers for the Defence of the Fatherland (VDP). The army will now be able to train civilians to try to counter terrorist attacks. Is this the solution?

Everything possible must be done to eradicate terrorism. And social cohesion is a sine qua non condition to win this fight. If that is the vision of the current government, so much the better.

But social cohesion also requires national reconciliation. How can this be achieved?

It is up to the authorities to find a way to enable people to sit around the same table to defend the same ideal. We need a unifying format that gives everyone the opportunity to express themselves and that does justice to each other.

As for the return of former Prime Minister Yacouba Isaac Zida [exiled in Canada, he announced his candidacy for the November presidential election] or former President Blaise Compaoré, the question is beyond me, and I do not wish to stir up the wound. It’s up to the government to articulate its vision, and we will go with that.Daily newsletter:join our 100 000 subscribers!Each day, get the essential:
5 things you need to know Sign up Also receive offers from The Africa Report Also receive offers from The Africa Report’s partners SUCCESSERROR