Home Politics The Problem With Microcredit In Africa 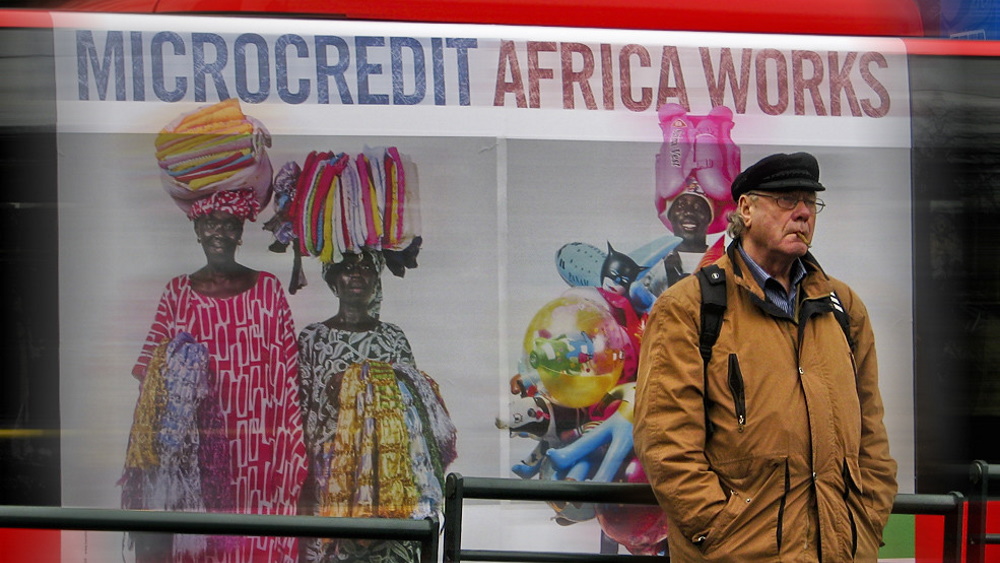 The microcredit industry is not a driver of development and poverty reduction, but quite the opposite: it is an “anti-developmental” intervention.

Since the 1990s,microcredit(also commonly referred to asmicrofinance), which is defined as the provision of small loans—microloans—to the poor in order to help them establish or expand informal microenterprises and self-employment ventures, has been one of the main responses to global poverty. If only the supply of microcredit could be increased rapidly enough, poverty everywhere around the world would be quickly resolved thanks to the individual informal entrepreneurial activities of the poor themselves, argued the US-trained economist and 2006 Nobel Peace Prize winner,Dr Muhammad Yunus. Following the global turn to neoliberalism in the 1980s, the individualistic, self-help and market-affirming simplicity of the microcredit model resonated almost perfectly with the new global zeitgeist. Hence, the global microcredit industry was born.

In spite of much talk about “Africa rising,” living and working conditions across the continent have deteriorated in the neoliberal era for all but a narrow elite. With the help of the international development community, one of the answers was thought to lie in the establishment of commercial for-profit microcredit institutions across Africa. Foreign investors and commercial banks were invited in to establish new microcredit institutions and to invest in and/or scale-up existing ones. Great things were expected. The thinking was that a rapidly expanding informal sector would surely help Africa escape from its poverty, unemployment, deprivation and inequality.

Sadly, these heady expectations have been repeatedly dashed.As has been the case in almost every other country in the global South, Africa’s attempt after 1990 to address its economic and social problems with the help of microcredit has failed miserably. In fact, these problems have only been exacerbated by the much-heralded arrival of the microcredit industry.

We nowknowthat it is only by promoting the “right” types of enterprise that a country or locality can promote development and poverty reduction. The“right”type of enterprisesare small, medium or large enterprises that tend to be formally registered, operate at or above minimum efficient scale, deploy some technology, are innovation-driven rather than (just) low labour cost-driven, involve horizontal (clusters, networks) and vertical (sub-contracting, supply chain) productivity enhancing connections, and are capable of creating new organizational routines and capabilities. By the same token, there are also “wrong” enterprises that a country’s financial system should seek to avoid supporting. By the “wrong” typewe meanthe sort of petty informal microenterprises and self-employment ventures that donotpossess any of the vitally important productivity-raising and growth-enhancing characteristics possessed by the “right” type of enterprises. In a nutshell, those countries and localities that have historically made the most progress in promoting sustainable development and poverty reduction are those that have been able to facilitate the transition from an economic structure based on the “wrong” type of enterprises and towards one based on the “right” type of enterprises.

The unpalatable fact for Africa, is that, on the one hand, the “wrong” enterprises have long dominated the African economies and are a principal cause of its structural weakness, and yet, on the other hand, the purpose of the microcredit model that arrived in Africa in the 1990s was to create evenmoreof these “wrong” type of enterprises. The result is that Africa today probably has more informal microenterprises and self-employment ventures than anywhere else on the planet, yet it is very much because of this fact that Africa remains under-developed and in poverty. No matter how many of them there are, such ultra-unproductive types of enterprise simply do not have the capability to grow, interact, innovate or combine in such a way as to provide an engine for development.

Indeed, the unproductive informal sector oftenachieves the very opposite: it “crowds out” the much more productive formal small and medium enterprise (SME) sector. It does this by using the cost advantages typically derived from informality—paying less tax, lower wages, and worse working conditions—to unfairly take local demand (even if just temporarily) away from the more productive formal SME sector. With unstable demand and lower prices, formal SMEs find it much harder to make the necessary investments that would raise productivity, expand their operations, train their employees, and sustainably grow. In its regular “Enterprise Surveys,” the World Bank’s IFC arm typically finds that managers and owners in the formal SME sector consider the practices of the informal sector as by far the biggest obstacle blocking their better performance and growth;for example, in Kenya.

By accepting the microcredit model as an increasingly important component of its financial system, African countries have created a powerful impetus pushing the SME sector towards lower reinvestment, less need for better technologies and minimal employee training, all of which quite decisively contribute to lower productivity and economic stagnation. Consider Uganda as a fairly typical example of an African country trapped in this downward spiral. In the last decade or so, undoubtedly assisted by therapid expansionof microcredit during the same time period, it has experienced a very damaging movement of capital and laborover to the informal sector.

The bad news for African countries can also be expressed in a number of more readily visible dimensions. Consider, for example, the large number of jobs supposedly created in Africa by informal microenterprises. With the informal sector everywhere in Africa already over-crowded with informal sector competition, today new entrants find it extremely difficult to survive. Exit, or failure, rates of new microcredit-assisted entrants are thereforevery high. Moreover, thanks to this increased new entry, typically many long-standing incumbent informal microenterprises will also be forced out of business. The main overall effect of microcredit in Africa is therefore nothing more than what is called “job churn,” a “high entry, high exit” phenomenon that gives the surface appearance of dynamism and energy but is actually destroying the capability of the local economy to develop sustainably and ultimately resolve poverty.

Another mooted benefit of microcredit is that it will create lots of flourishing microenterprises that will contribute to higher incomes for the poor. In fact, theglobal evidenceshows that the intense competition created by the entry of many more desperation-driven microcredit-assisted microenterprises largely creates the opposite effect: average informal sector incomes are driven down to the very lowest possible income level commensurate with bare survival. The most dramatic example of this deleterious trend in Africa is inSouth Africa. The microcredit-supported expansion of the informal sector in the post-apartheid era helped create intense competition for business in most townships and rural areas. But this in turn helped bring about a catastrophicfallin average earnings in the informal sector, which by 2003 were around a third of their value compared to 1995.

With so few individuals in Africa able to make a success out of their microenterprise, many have turned to easy access microcredit simply to fund their consumption needs. This all too often transitions into both an increase in the number of microloans per borrower and the value of each new microloan being higher, with the level of individual over-indebtedness eventually becoming un-repayable. Guarantors and collateral are called in and clients are plunged into irretrievable poverty. Reckless lending and individual over-indebtedness in 2008/9 nearly led to the collapse of the entire microcredit industry in Morocco. In several East African states today, notably in Kenya and Uganda, the level of individual over-indebtedness thanks to reckless lending by several large microcredit institutions has reached crisis levels.

The final issue to consider is that, like the colonial era mining operations that exploited Africa’s mineral wealth, the microcredit industry in Africa essentially exists today for no other reason than toextract valuefrom the poorest communities. The only purpose of microcredit now is to make money, lots of it. Again the most unsettling example of this comes from South Africa. Here anarrow white male Afrikaner elitehas stratospherically enriched itself at the expense of creating theworld’s most over-indebtedpopulation and, even worse, it happens that that “over-indebted population” is almost entirely concentrated in the black communities and townships.

Most recently, this value extraction process has been greatly expanded thanks to new forms of “digital mining” made possible by financial technology (so-called “fintech”). InKenya, for instance, the everyday transactions of the poor have become the mother lode for the stratospheric profits enjoyed by its largest corporation, Safaricom, which happens to own M-Pesa, Africa’s leading fintech micro-lending and payment transfer operation. The bulk of Safaricom’s profits (in 2018 a healthy $US620 million) are channeled to wealthy shareholders abroad, effectively denying Kenya significant financial resources that it could use to reinvest in its own enterprise sector. By touching a few buttons on a mobile phone we can expect many more Africans will be plunged into over-indebtedness and irretrievable poverty, but in the process making millionaires of the CEOs, senior managers, investors and advisors that made this form of “technological progress” possible.

In sum, the microcredit industry is not a driver of development and poverty reduction, but quite the opposite: it is an “anti-developmental” intervention. Until African policy makers and their international development community supporters realize this, and begin to look instead towardsnationalandlocaldevelopment-driven finance models, African countries will find it very difficult indeed to escape its poverty. This is the awkward, but not insurmountable, reality.