Home Politics The Agrarian Question In Egypt And Tunisia 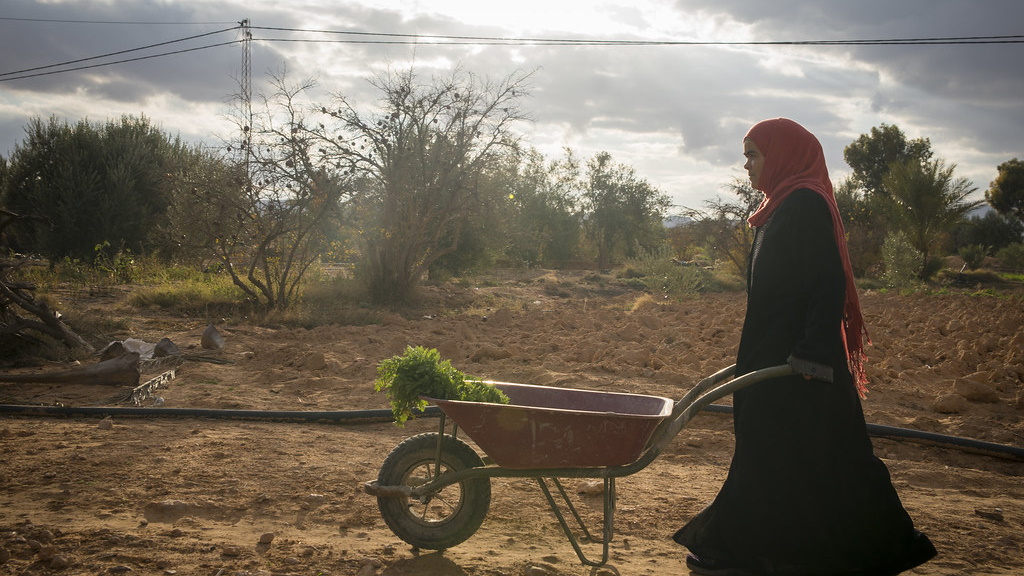 It is time discuss food sovereignty in the Middle East and North Africa, again.

An overlooked fact about agriculture in the Middle East and North Africa is how central small or family farms are to the region’s economy and politics. For example, 54% of Tunisian farmers work on 11% of the agricultural area and in Egypt 91% farmers share 50% total agricultural area with farms less than 5 acres, averaging 1.25 acres. Local food systems are the product of and influence broad processes of local and national political economy, as well as structures of the global food regime.

It is therefore important to not only focus on the role and importance of small farmers, but how they also have been unevenly incorporated into the world system. Egypt is second only to Indonesia in its dependency on imported wheat. Securing imports have led to political contortions and complicity by the Egyptian state with US imperialism, subordination to Israel’s occupation in Palestine, and dependence on US military assistance of $1.5 billion per annum since 1980 and an additional $30 billion in economic assistance.

It bears repeating that small farmers were part of the 2010/11 uprisings. Crises in food production, distribution and cropping choice impacted the urban poor disproportionately. The dictatorships in Egypt and Tunisia were brought to an end (although only briefly in Egypt) by demonstrations against poverty, economic reform, and demand for cheaper food. The dramatic increase in food prices that followed the global financial crash of 2007/8 was a catalyst for the uprisings.

The revolutionary slogans in Tunisia were, “Bread, Water, No Ben Ali” and in Egypt “Bread, Freedom, Social Justice.” In highlighting the myriad forms of political interventions by small farmers, we are reminded of the late Egyptian activist who noted, reflecting on the comments of her husband who was murdered by a large landowning family in 1966 that, “Salah used to tell me that the Egyptian people are like running water under a stable bed of mud. On the surface it looks tranquil but underneath runs a stream of flowing water. That is why they will revolt.”

Our book,Food Insecurity and Revolution in the Middle East and North Africa. Agrarian Questions in Egypt and Tunisia, just published by Anthem Press, is the first major account of agrarian political economy in the region of North Africa and the Middle East. It is certainly the first that looks systematically and in a comparative way at the political economy of agrarian transformation and farmer resistance in Egypt and Tunisia.

We make two major interventions: One, we locate the role of rural struggles and agrarian transformation as the backdrop to the Egyptian and Tunisian uprisings—and two, we draw on new original research regarding farmer responses to regime change. We also advance the discussion about food security and food sovereignty.

We assemble a critique against the trade-based tropes of food security and highlight how historical policies of agricultural modernization have increased rural abjection, poverty, and de-development. We do this with a historical materialist analysis of the region that embraces thelongue duréehighlighting long term historical processes and structures rather than focusing only on a series of events.

The long-term processes that impact on peasant livelihoods are shifts in the patterns of trade and production, changes in climate and demography, and capital accumulation, wages, and prices. Policy and practice are not reducible to frailties of government—although this may be evident. Policy is always a product of contested economic and political power shaped by capitalism and its historical development.

In this sense our broad historical analysis periodizes North Africa’s incorporation into the world economy through colonialism up to the mid-1950s; state redistributive development until 1970; the return to capitalist development until economic reform in 1991; and the neoliberal push that this period is overlaid with between 1987-2010, followed by imperial wars of intervention.

Our overarching argument is the need to move from the trade-based idea of food security to one of food sovereignty.

One of the most serious issues we raise in this context of inching towards food sovereignty is that MENA has the highest number of international wars and civil conflict of any region in the world.

MENA accounts for 40% total global battle related deaths since 1946 and 60% of all casualties since 2000. The US spends $32 million per hour on war since the 2001 invasion of Iraq, and historically direct US and NATO military intervention and indirectly by the arms trade and western funding of local reactionary surrogate forces, which has had a calamitous impact. The direct costs to regional GDP and unspeakable suffering and transformation of peoples’ access to land and farming transformed by war.

Israel’s destruction of Palestinian farming is a microcosm for the region’s themes of dispossession, access to water, social and physical immobility. Almost 65 % of Palestinians are 15-29 years old. In MENA more than 100 million are between 15-29 and where unemployment levels are the highest of anywhere in the world. This is a problem that is a recurrent theme of our book, the developmentproblematiqueof either highlighted de-development or elements of capital intensive (water resource exploitative) development in the context of labor surplus economies.

Our analysis affirms the observation by the late Samir Amin that “Capitalism, by its nature, cannot resolve the peasant question: the only prospect it can offer are a planet full of slums and billions of ‘too many’ human beings.”

We argue the need for food sovereignty as a substitute for the dominant food mantra of the international financial institutions and national governments, and stress the importance of the seven principles: food as a basic right; agrarian reform; protection of natural resources; reorganization of global food trade; social peace; an end to global hunger and a democratization of economic and political life not least for women in food production, distribution, and marketing. We are also skeptical of a shopping list approach understanding that food sovereignty is a series of contested ideas and is open ended. We also note that the ideas for food sovereignty were evident in Tunisia in the 1960s and 70s.

While farmers in Egypt and Tunisia may not use the term, struggles around land, water, resource access, market power, and cropping patterns are key elements in the struggle for an alternative to food security that has been built around capital intensive export agriculture. Here we employ the idea that accumulation by dispossession accelerates a metabolic rift, the contradiction in capitalism that is the relationship between people and nature.

As technology is increasingly employed to agricultural production nature is degraded and profits fall. The real productivity that Marx referred to which involved the fulfillment of human need is destroyed by agro-capitalism, which has undermined ecological conditions of production, over exploiting ecosystems, eroding soil fertility, contaminating water, and of course generating more greenhouse gas.

Nigeria: A Year On, No Justice For #EndSARS Crackdown

Investigating The CIA’s Misdeeds In Africa

Disability And Poverty In Liberia