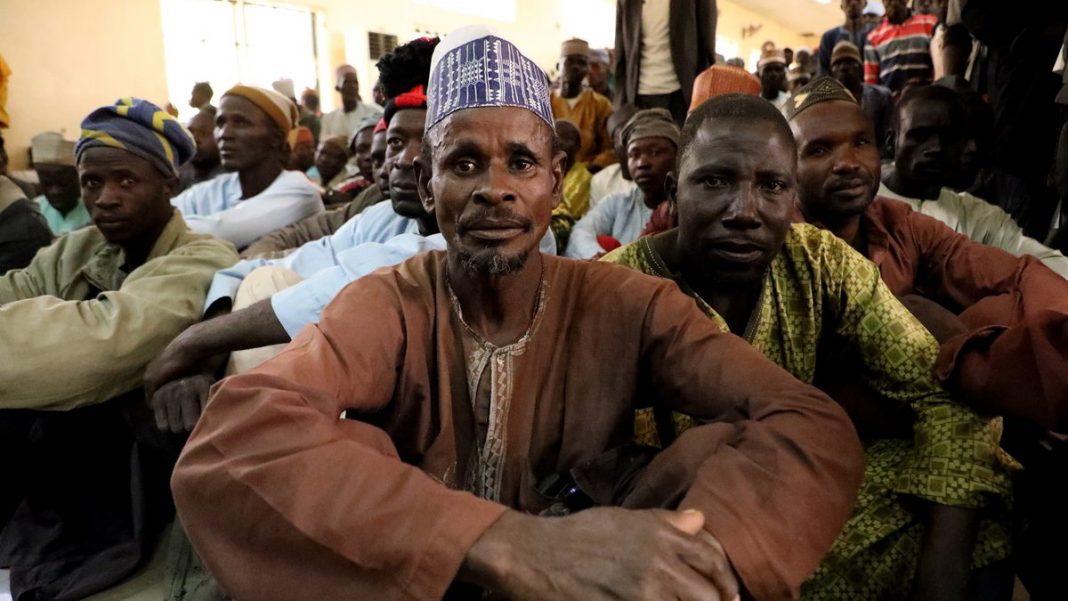 At the 50th anniversary of the founding of the Organisation for African Unity/African Union (AU) in Addis Ababa in May 2013, African heads of state and government unveiled ‘Africa’s Agenda 2063’ – a 50-year plan to foster sustainable and inclusive economic growth and development across the continent. |

Implicit in Africa’s Agenda 2063 was the recognition that violent conflict remains one of the foremost impediments to sustainable development. In line with this, the 2013 AU summit saw African leaders commit to an ambitious objective: to free the African continent of wars, civil conflicts, humanitarian crises, human rights violations, gender-based violence, and genocide within the next seven years. This project, dubbed ‘Silencing the Guns in Africa by the Year 2020,’ was to form a key pillar of Agenda 2063.

Three years later, the AU Peace and Security Council developed a set of concrete objectives to guide member states towards this goal: the ‘AU Master Roadmap of Practical Steps to Silence the Guns by Year 2020,’ also known as the Lusaka Roadmap 2016. The Roadmap laid out guidelines for tackling an extensive array of political, economic, social, environmental and legal factors identified as contributors to conflict or impediments to action, ranging from poverty and environmental degradation, to illicit arms trafficking, to cyber threats, and to the erosion of democracy.

Since 2013, there have been a number of notable achievements in resolving African conflicts. In January 2020, Sudan’s transitional government signed a preliminary peace deal with one of two main rebel groups operating in the Blue Nile and South Kordofan regions. This followed similar agreements between states and rebel groups in February 2019 in the Central African Republic (CAR) and in September 2018 in South Sudan. In July 2018, Ethiopia and Eritrea signed a landmark peace accord ushering in a new phase of normalised relations between the two states and ending two decades of a ‘frozen’ border conflict.

Several of these peace accords are testament to growing levels of cooperation between the AU and its global partners. For instance, the South Sudan deal was mediated through a joint effort by the AU, the Intergovernmental Authority on Development (IGAD), the UN, the European Union (EU), China, the United States, the United Kingdom, and Norway.

In particular, the Lusaka Roadmap prioritised the regularising of a strategic dialogue between the UN and AU, given that the combined efforts of the two bodies have been instrumental to conflict resolution efforts and multinational peace operations in Africa. Acknowledging this strategic inter-dependence, in April 2017 the AU and UN signed the Joint UN-AU Framework for Enhanced Partnership in Peace and Security. The Joint Framework marks a major step forward in inter-agency cooperation, and sets out several new mechanisms to improve cooperation between the two bodies in terms of consultative processes, conflict prevention measures, as well as peace operations and peace-building efforts.

The AU has also made great strides since 2013 in developing its own Peace and Security Architecture in line with the Lusaka Roadmap. For instance, in June 2016 the AU’s special Specialized Technical Committee on Defence, Safety and Security declared that the African Standby Force (ASF) had reached full operational capability. Where AU peace operations may take months to deploy, the ASF is designed to provide the AU with the capability to respond within weeks to emerging humanitarian or conflict crises.

Nonetheless, since 2013 internal conflicts in Africa have proliferated. According to data from the Uppsala Conflict Data Program, in 2018 there were 21 active civil wars on the continent – the highest number recorded in Africa since 1946. Moreover, these conflicts have become ever more complex, expanding across multiple national borders and drawing in a wide array of local, regional, and international actors – including transnational Islamist militant organisations.

Some of the hurdles to tackling conflict across the continent are outlined below.

As the demands placed upon the AU continue to multiply, sourcing sufficient funds and manpower has become an enduring challenge. The AU itself remains perpetually underfunded and is dependent on external donors, including the UN and EU, to make up shortfalls; in 2018, external partners accounted for some 40 percent of the AU’s disclosed USD 515 million annual budget.

In 2015, the AU initiated discussions with the UN over a proposed arrangement for funding UN-sanctioned AU-led peace operations, which would see the UN cover 75 percent of the financial burden of such missions while the AU would provide the remaining 25 percent through the long-dormant Africa Peace Fund. However, these discussions have since foundered, as unresolved questions persist about the AU’s ability to meet its share of the costs. For instance, while the Africa Peace Fund was finally activated at the end of 2018, it has only attained just over a quarter of its annual target of USD 400 million.

“In 2018 there were 21 active civil wars on the continent – the highest number recorded in Africa since 1946.”

This points to a critical long-standing obstacle with no readily-available solution: AU member states have consistently fallen short on their financial commitments. Until 2015, on average about 67 percent of the AU’s annual assessed contributions from member states were paid, with about 30 countries routinely making only partial payments – or none at all.

In July 2016, the AU introduced a new funding structure to address the issue: member states were to apply a compulsory 0.2 percent levy to all eligible goods imported from non-members, from which they would then pay their yearly assessed contributions. Nonetheless, the proposal met stiff resistance from several leading African economies in the Southern African Development Community over its potential impact on trade, leading the AU to reframe the levy as voluntary. As such, by the end of 2018 only 45 percent of the organisation’s member states were at various stages of implementing the levy.

The challenge has been compounded by weak enforcement measures. According to the AU’s Board of External Auditors, enforcement has consisted in large part of “frequent quarterly reminders, designing of payment plans, and a review of the current sanctions regime.” In November 2018, the AU introduced a seemingly more robust sanctions regime for non-contributors, which includes revoking member states’ rights to participate in AU structures and meetings. However, there is still considerable latitude for non-contributors should they demonstrate “conditions beyond their control” which have affected their ability to make payments.

The implications for African peace and security are profound, where dependency on unpredictable external sources of financing has repeatedly jeopardised the AU’s ability to sustain its operations. For instance, in January 2016 the EU cut its funding to the African Union Mission in Somalia (AMISOM) by 20 percent, anticipating that the AU and AMISOM troop contributing countries would cover the difference. Instead, two of the mission’s foremost troop contributors, Burundi and Kenya, threatened to withdraw their force contingents from Somalia. Funding uncertainties have also likely contributed to AMISOM’s upcoming withdrawal, scheduled for December 2021, despite a resurgent threat from Al Shabaab and little indication that the Somali security forces are prepared to assume responsibility from AMISOM.

A failure to stem the flow of arms

Amongst the vast range of “challenges and scourges” outlined in the Roadmap, a fundamental step in “silencing the guns” is to reduce the number of guns present in the first place. Of particular concern is the vast number of illicit small arms and light weapons (SALWs) on the continent, which remain the primary instrument of violence employed by non-state armed groups in Africa. As such, the Roadmap directs African states to make renewed efforts to tackle the import and circulation of illegal armaments.

Amongst other measures, the Roadmap calls for African states to ratify and implement international and regional instruments to monitor and combat weapons trafficking. Foremost among these is the landmark 2014 Arms Trade Treaty (ATT), which seeks to prevent arms exporters from supplying weapons to war crimes perpetrators and human rights violators, as well as to mitigate the risk of diversion of legitimately-purchased state-owned arms.

However, attaining compliance has been a challenge. Specifically amongst those African states engaged in the manufacture of SALWs and ammunition, many have not signed or ratified the ATT, including Algeria, Angola, Namibia, Sudan, Democratic Republic of Congo, Ethiopia, Egypt, Kenya, Zimbabwe and Uganda. Moreover, several African states have been implicated in the deliberate unauthorised transfer of materiel to conflict zones. For instance, SALWs and ammunition originally imported by Uganda in 2014 and 2015 under a non-re-transfer clause were subsequently recorded in the hands of South Sudanese government forces.

While transnational trafficking networks and porous borders will no doubt remain the focus of regional law enforcement authorities countering the proliferation in illicit weapons, the reluctance of many AU member states to abide by broader arms control norms signals a deficit in political will, without which a cohesive cross-continental effort to stem the flow of arms cannot be mounted.

Of course, many of the broader points in the Roadmap bypass an issue which may well be beyond the abilities of the AU to address: the role of external parties in exacerbating insecurity in Africa. For instance, while AU member states may come under scrutiny for not embracing arms control agreements, this belies the fact that the foremost arms exporters to the African continent – Russia, China, and the US – have themselves either not signed the ATT or ratified it.

In many of Africa’s fragile states, the activities of foreign actors have undermined regional efforts to curb violence and have contributed to political and social divisions. A case in point is Libya, where since the start of 2019 a civil conflict between two rival governments has rapidly spiralled into a destructive proxy war. Despite a UN arms embargo, foreign states – including Turkey, the United Arab Emirates and Jordan – have been implicated in the channelling of arms and ammunition to both sides, undermining prospects for a peaceful resolution and contributing to a growing humanitarian crisis. Moreover, the AU has been effectively side-lined in diplomatic efforts to solve the crisis, which have largely been managed from outside the African continent.

National implementation and political will

The AU has declared ‘Silencing the Guns’ as the theme for 2020, with the organisation’s upcoming summit on 9-10 February expected to outline further priorities for the year ahead. However, while the AU can set an agenda, it is ultimately up to the discretion of member states to enact it. Where the Roadmap placed an emphasis on implementation at the level of African multilateral organisations, much depends on African states adopting the ‘Silencing the Guns’ guidelines substantively into their national security and development frameworks. For this, it will be essential to focus on building political will and maintaining cohesion, as well as to create mechanisms to hold member states accountable for their own part in fuelling conflicts.

While African states have repeatedly demonstrated their ability to rise to immense challenges, if the AU cannot succeed in generating a real and lasting commitment from its members in 2020 and beyond, then its vision for a prosperous Africa may well be at stake. As bluntly stated by Sierra Leone’s Ambassador to the AU, Osman Kamara: “If we fail to silence the guns on the continent, then, even Agenda 2063 will remain a myth.”