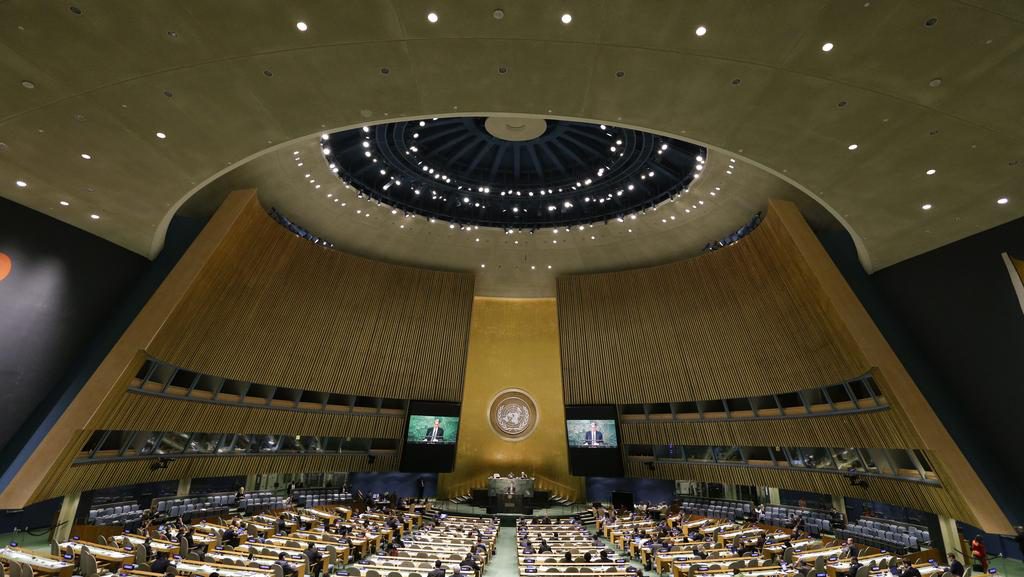 In recent weeks the world has witnessed the most tense moments in international relations since the end of the Cold War. This was evident in the deliberations and voting by members of the United Nations on resolutions calling on Russia to halt its invasion and withdraw its forces from Ukraine.

The events have also been a stress test for military and political alliances.

Africa yielded significant influence on the voting outcome with 54 countries, (27,97 % of all votes).

First, was the meeting of the 12-member Security Council on 25 February 2021. The three African representatives, Gabon, Ghana and Kenya, along with eight other countries voted for the resolution. However, Russia used its veto power to block it. This veto prompted the US and 94 countries to call an emergency meeting of the UN General Assembly on 27 February 2022 where a similar, but non-binding motion was tabled. The assembly’s first emergency meeting in 40 years.

The resolution included a condemnation of Russia’s decision to “increase the readiness of its nuclear forces”. It was adopted with the required two-third votes of all member-states.

There was less unanimity in African votes at the General Assembly than in the Security Council where the allocation of non-permanent seats, while obeying a certain geographical distribution, does not require representative countries to be their regions’ mouthpieces.

The majority of African countries clearly sided with Ukraine – 28 out of 54 (51,85%). Only Eritrea voted against the resolution. But nearly a third refrained from taking sides (17 out of 54) – that’s if one understands abstention to be halfway between a yes and a no. Eight countries were absent.

My research has investigated the similarities and differences in countries’ reactions to crises. For example, I examined the 2015 refugee crisis in Europe and the opposite reactions of Western and Eastern European countries. I explained these through their different identities – or the “who we are?”.

I also examined the Joint-Valletta Action Plan, an immigration pact signed by the European Union and African Union in reaction to the refugee crisis. I showed that the plan, which has helped reset AU-EU relations, was based on interdependence, a kind of interest whereby parties held to their interests (territorial integrity for the Europeans and economic development for the Africans) but recognised (especially the more powerful Europeans) that they needed each other to advance these interests.

Research carried out by authors such as the Dutch political scientist Erik Voeten also shows that voting at the General Assembly is – generally speaking – motivated by interests. But, as the American political scientist Alexander Wendt has shown, what constitutes interest depends on each government’s perception. So much so that, two rival countries can sometimes vote for the same resolution.

Historically, as Voeten showed, voting patterns have been shaped by the big issues of the day. In the 1950s, colonialism pitted European countries against Asian and African countries. From the 1960s to the 1980s, it was the Cold War and the division between Eastern or Western Blocs. More recently, voting patterns have been structured by developing countries’ desire to obtain or secure aid from developed countries and increasingly the liberal-illiberal divide between democratic and authoritarian regimes

This divide trumps other potential explanations for voting patterns at the emergency general assembly meeting on the Ukraine invasion. The degree of closeness of the country’s ties with either the West or Russia is an additional explanation.

But the list included a few non-democratic or hybrid regimes too. They were Côte d’ivoire, Gabon, Libya, Chad, Egypt, Mauretania, Rwanda, and Somalia.

They did, however, all have one thing in common: they are all Western allies, with close military ties such as military bases and joint military operations against jihadists.

Conversely, most of the 17 African countries that abstained or, like Eritrea, voted against the resolution, are authoritarian or hybrid regimes. These included Algeria, Angola, Burundi, Central African Republic, Congo, Equatorial Guinea, Madagascar, Mali, Mozambique, South Sudan, Sudan, Tanzania and Zimbabwe.

Some of these have close military and ideological ties with Russia sometimes going back to the Cold War. This list includes Algeria, Angola, Congo, Mozambique, Zimbabwe, Mali, Central African Republic.

There were also some exceptions to the rule.

A number of functioning democracies – Namibia, South Africa, and Senegal – also abstained. All have strong affinities with the West. But in the case of Namibia and South Africa, their respective ruling parties, – the South West African People’s Organisation and the African National Congress – received support from the Soviet Union during their struggles for independence.

Senegal’s case is more puzzling. The country is a darling of the West because of its long democratic tradition. The Senegalese government stated that its abstention conformed to the “principles of non-alignment and the peaceful settlement of disputes”. However, its president’s official statement as the current president of the African Union together with the AU Chairperson could be construed as supporting the territorial integrity of Ukraine.

This liberal or illiberal cleavage conveys three sorts of insights.

Firstly, that the world is convulsed by the kind of clash of civilisations predicted by the American political scientist Samuel P. Huntington who claimed that cultural identity will be the faultline in world conflicts.

This faultline will give way to world-civilizations: Western, Chinese, Islamic, Latin, Slavic and perhaps African. While his idea of a clash – and identity as its engine – appears to materialise, this identity is based on ideology – not culture. Illiberalism having replaced communism.

We simply had not yet arrived at the triumph of democracy proclaimed by the American political scientist Francis Fukuyama in his book the End of History published in 1992 after the fall of the Berlin wall.

Secondly, that authoritarian regimes find comfort and support in the proximity of similar regimes for their survival. This works like an insurance policy. Russia having shown its determination to rescue authoritarian regimes such as Syria, these countries don’t want to close off the option of resorting to its help if they faced an existential threat.

Thirdly, that if the war in Ukraine escalates globally and a Cold War 2.0 including China settles in, African countries would split into blocs instead of presenting a common front.

Seen in the context of the EU-AU renewed partnership, this cleavage will take more importance now than at their Brussels summit, a week before the conflict eruption, where they proclaimed a Joint Vision for 2030 and sought a strategic alliance.

The EU’s demands regarding democracy and as such alignment would likely increase and it naturally will seek to deepen its relations with like-minded African countries.

Mahama Tawat is a Research fellow at the Université de Montpellier