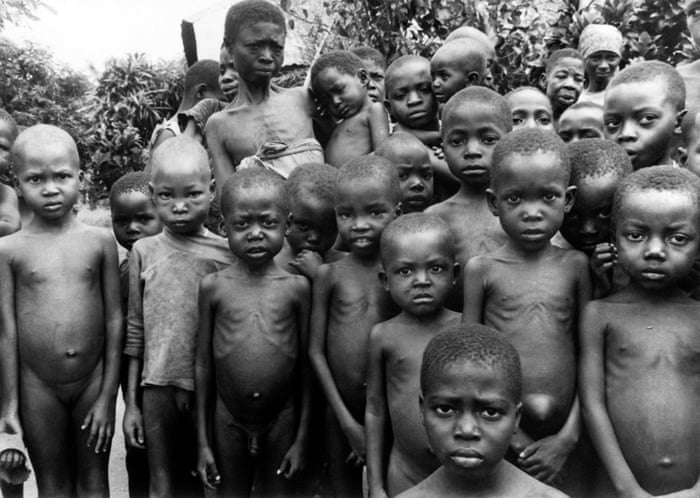 People return to the past for different reasons. For some, it is to recover an idea of a glorious past, a memory which may be pertinent for present and future reconstructive projects. For others, it is to seek the origins of a trauma in order to heal a wounded present.

Communities sometimes remember atrocity through practices like rendering of apology, acknowledgement of past wrongs, truth and reconciliation commissions, or Remembrance Day activities.

One example is the wearing of poppies as an international symbol of remembering the fallen soldiers of World War 1. There is also the establishment of the Kigali Genocide Memorial as a site of remembrance and healing. Another example is South Africa’s Truth and Reconciliation that was set up to help deal with apartheid related trauma.

Nigeria, in the early 2000s, attempted to deploy the transitional and restorative justice mechanisms following the model of South Africa’s Truth and Reconciliation Commission. But this hardly had any impact on reparations for pre and post Nigeria-Biafra war wounds and other atrocities committed during the military era.

The ethnic politics that pervaded Nigeria after independence led to the coup of 1966 and the anti-Igbo pogrom in Northern Nigeria. Also, the military leaders of the Eastern Region (led by Chukwuemeka Odumegwu-Ojukwu) and the Nigerian military government (led by Yakubu Gowon) failed to agree on how to solve the crisis of governance in the country. This caused the government of the Eastern Region to declare its independence from Nigeria in May 1967. The region called itself the sovereign state of Biafra.

These events were the catalyst for the war in which about 1 million to 3 million people, mostly Igbo civilians, are believed to have died. Civilian locations were bombed and people starved, sometimes to death, based on the military’s government war policy of food blockade. The war ended with Biafra’s surrender on January 15 1970.

Following the end of warfare in 1970, the government began implementing what it called a policy of Three Rs: reconstruction, rehabilitation and reintegration. It also built a moribund war museum in Abia state displaying some of the armoury used by the Biafran and Nigerian militaries during the war. The state inaugurated no official commemoration of the war, save for an annual military event every January 15.

There is a recent trend among scholars to support the use of memory or memorial practices as a remedy to the Nigeria-Biafra War past. We reviewed these scholarly works and made two observations. First, they frame the nature of the violence in a misleading way. Second, they lack a vision of justice.

We argue that resorting to memory practice to remedy injustices associated with the Nigeria-Biafra War is a symptom of a national (and international) unwillingness to deal with the political preconditions that made the war possible. It is merely a symbolic exercise that fails to confront a violent system. What needs to happen is some form of political justice to confront the pre-conditions of war.

An underlying assumption of memory studies has been to consider the past as a repository of repressed traumas that return in different forms to haunt the present.

The general assumption is that the remedy has to be a reckoning with the traumas, traditions or glories of the past. For memory scholars like Tzvetan Todorov, the appeal to memory as a remedy rests on the idea that collective remembering could heal group traumas and that if people remember the evil committed in the past, they can strive to avoid it in the present and the future.

Some scholars, like author and policy analyst David Rieff, have rejected the notion that remembering holds the potential for healing. As he would have it, remembrance often sows the seeds of future conflicts.

For us, it is the manner in which remembering is done that holds the potential for violence, not remembering per se. Our inclination in the context of dealing with the traumatic past of war in Nigeria is to argue both against memory and against forgetting. We suggest that talking about memory is a distraction from the question of justice. Only a resort to political justice can hold some promise for thinking about political redress in situations of violence spurred by political actions.

What would justice entail in the aftermath of the Nigeria-Biafra war? We’ve considered three notions of justice: criminal, reconciliatory and political.

The aim of criminal justice is basically to punish. The Nigerian military government defeated Biafra militarily and could not prosecute itself for crimes it committed before and during the war. Hence, this vision of justice seems unrealistic.

Reconciliatory justice aims for a kind of fair relation between individuals or groups and their society. In this instance, it would mean acknowledging the perspective of all victim fairly in the official national memory. This idea of justice assumes that Nigeria’s continuing problems are a matter of unfair acknowledgement of victim memories. And it assumes that these problems can be solved through socio-cultural activities of memorialisation and formal acknowledgement.

This political structure – which hinges on a colonial vision of nationhood that refuses to devolve governing powers to its composite territories – has failed. It has continued to reproduce the kinds of ethnic politics and violence witnessed since Nigeria’s “independence” from Britain.

Thus, only committed thinking and action around political justice can potentially tackle the crisis of statehood and citizenship still confronting Nigeria today. This kind of thinking and action must offer a negotiated political reform based on recreating a state that is responsible, acceptable, legitimate to its members, and where power is devolved and decentralised to all constituencies.

Benjamin Maiangwa is a teaching fellow in International Relations and Peace and Conflict Studies, Durham University