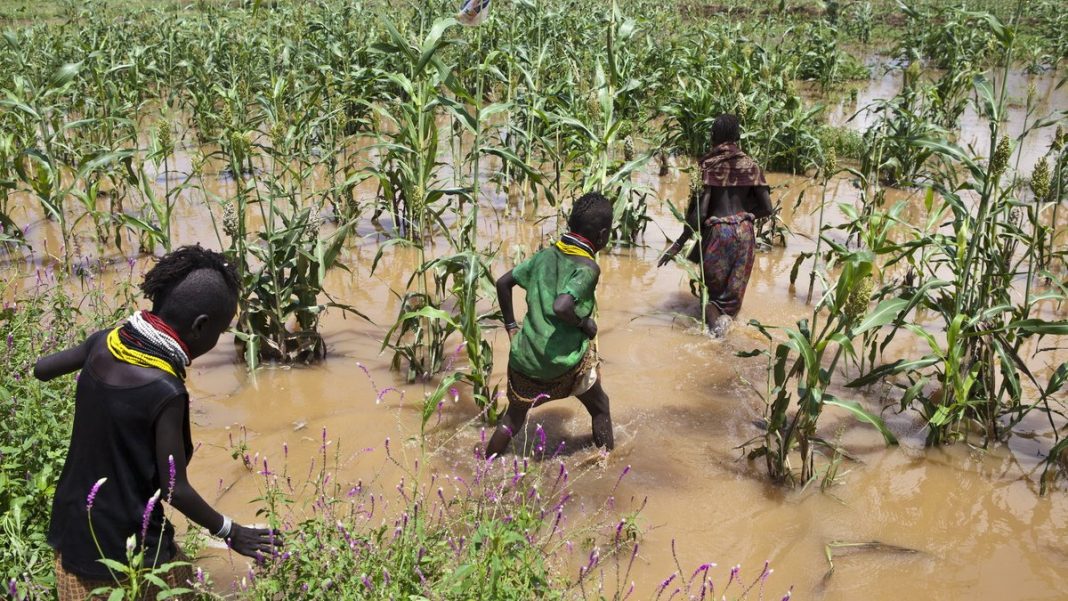 Weather shocks driven by climate change pose huge and still uncertain risks to the world’s poor. According to the Intergovernmental Panel on Climate Change, “For many kinds of disruption, from crop failure caused by drought to sickness and death from heat waves, the main risks are in the extremes, with changes in average conditions representing a climate with altered timing, intensity, and types of extremes.”

In a study published in World Development, we show that extreme precipitation could have disproportionately negative consequences on poverty levels in Africa south of the Sahara (SSA), including reducing food availability and agricultural income and increasing commodity prices. Unexpectedly, dry spells seem to have a comparatively uncertain impact on welfare conditions.

Our analysis examines 24 countries, representing more than half of the African population and two thirds of SSA. We analyzed data at the household level, combining them with remote sensing data to take households’ environmental settings into account. Previous analyses comparing poverty across countries did not take various biophysical conditions—rainfall, temperature, drought index, humidity levels—into account or were based on national administrative accounts only, disregarding within-country variability. In addition, welfare was only compared at the national level, with sub-national poverty analysis very limited, country-specific, and based on pooling together separate analyses with different methods and assumptions for computing poverty. (A recent World Bank book highlights some concerns on the lack of comparability of poverty estimates across household surveys in Africa.)

Data show that, within countries, poverty is usually spatially clustered in specific areas. Noting that the majority of the poor—especially in SSA—are subsistence farmers and thus highly dependent on their local environments, we aim to assess if and to what extent weather can impact their livelihoods.

Our analysis shows that while these changes in average conditions have clear impacts, it is weather extremes in the form of flooding or heat waves that are associated with the highest damages. This is not just a problem for developing countries; indeed Swiss Real Estate estimates that the highest insurance losses in developed countries were due to floods and hailstorms, totaling about $7.5 billion in 2013. These losses are a direct consequence of the global extreme precipitation events, which have increased sharply since the mid-1990s.

We find that one additional degree Celsius of average temperature is associated to 4.6% lower per capita consumption expenditure and an increase of 2.8 percentage points in poverty rates, a relatively modest change if considered in isolation. However, in areas affected by a flood shock, households can expect a 35% decrease in consumption and 17 percentage point increase in extreme poverty in a 10-year time frame, with with even stronger effects in some regions of the continent. These results underline the vulnerability of households to sudden extreme events.

When we simulated the impact of expected temperature and rainfall over 5- and 10-year time horizons—including extreme weather—on poverty levels and spatial distribution (through an extrapolation of temperature and rainfall linear trends observed over the 10 years preceding the time of the collected data) the picture is quite gloomy for SSA: The most affected areas might suffer poverty increases of up to 30 percentage points.

These results suggest that finer spatially-explicit evidence and research is needed to identify and address the impacts of extreme weather and other climate effects on the most vulnerable populations. At the United Nations Climate Action Summit in New York Sept. 23, world leaders pledged almost $800 million to address climate impacts on food and agriculture (see blog post here). Such investments in agricultural research will be crucial to mitigate and eventually offset negative impacts such as contractions in agricultural production. These are not an exclusive problem for the rural poor; they could cause market disruptions and easily spill over to nearby cities and beyond, significantly contributing to the global disruptions we have been witnessing over the past decade.