Home Politics Nigerians And The Lure Of ‘Somewhere Else’ 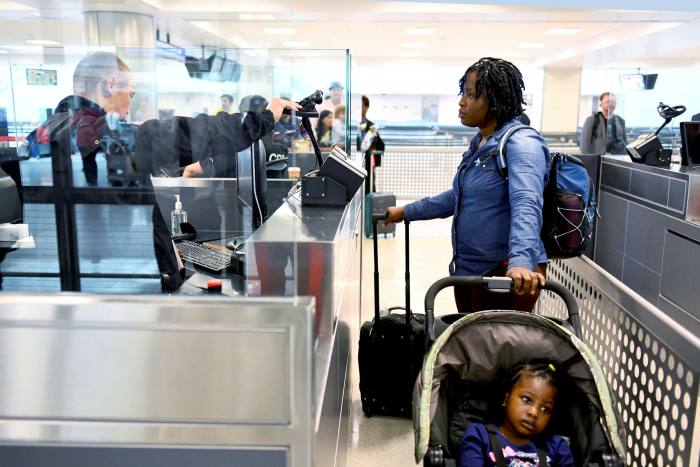 To leave one’s country for another is a usual part of life in today’s world. However, some Nigerians often make news headlines for trying to do exactly that. For instance, a 14-year-old boy was recently reported to have landed in Spain atop a cargo ship from Lagos. There was also the news about a group of Nigerians who, having been repatriated from Libya, are planning to leave again.

We have become desensitized to the news of illegal Nigerian migrants arriving in Italy on boats and of young Nigerians (or Africans) journeying through the Sahara desert in search of greener pastures in Europe. Interestingly, it is not only poor and uneducated Nigerians who are bent on leaving their country. According to a report on Al Jazeera, wealthy Nigerians are also buying citizenship in places such as Malta and the Caribbean. But the group of Nigerians leaving the country at an alarmingly high rate are young professionals seeking better career opportunities.

For example, as of 2018, the Medical and Dental Council of Nigeria reported that there were 72,000 nationally registered Nigerian doctors but only 35,000 practicing in the country. This is also the trend in academia, IT, and financial services among other professions. Data published by the Canadian government in 2019 reveals that the number of Nigerians issued permanent residency there tripled since 2015.

In fact, in 2019 alone, more than 12,000 Nigerians emigrated to Canada. Other popular migratory destinations for Nigerians include the United Kingdom, United States, Australia, Germany, and South Africa. Beyond the question of brain drain (which the Nigerian government seems nonchalant about), this mass exodus of Nigerians of all classes invites more reflection on the Nigerian spirit and dream. Is there even a molecule of nationalism left among the Nigerian populace? Are Nigerians still invested in, or protective of, the sanctity of the idea of the nation-state?

While other nations dream of economic equality and happiness for their citizens, the Nigerian dream seems to be anchored in the desire to emigrate. The PEW Research Center published a 2019 study that shows that 45% of Nigerian adults plan to leave the country in the next five years.

The most widely read contemporary Nigerian literary works are those that deal with the experiences of Nigerian migrants. For example, Chimamanda Adichie’s Americanah, a novel that got its title from the honorific given to Nigerians who live or have lived abroad (especially the US). Nollywood, Nigeria’s elephantine movie industry, also makes a lot of profit selling these emigratory aspirations to Nigerians. Recently, the famous and controversial Nigerian musician, Naira Marley, released a song titled Japa (a Yoruba word for “abscond”), which touches on the issue of emigration.

The title of the song has now been appropriated as slang among young Nigerians nursing migratory dreams. There is even a book titled Japa, which purportedly provides guidance for Nigerians who want to emigrate within six months. There is another Nigerian song that went viral precisely because the singer, Bembe Aladisa, begs white people for a visa in the lyrics of the song.

In Nigeria, to be an emigrant is to possess illustrious social capital and a badge of honor that is not only reserved for you, but also for your family. In Nigeria, churches and mosques organize fasting and prayers for people applying for visas. Visa application is a very lucrative business in a place like Lagos and people often get defrauded because of their desperation to get obtain one. Nigerians have created a hierarchy of respectability that hinges on people’s migratory status. Some Nigerians even consider migratory prospects when choosing a marital partner.

Nigerian schools and other institutions now take pride in preparing young Nigerians to compete abroad. Even the Nigerian government tends to recognize the achievements of Nigerians abroad more than Nigerians at home. The reason for this, Ima Jackson-Obot notes, is partly because “the economic future of Nigeria and the success of Nigerians abroad are closely tied.” The Nigerian economy relies, significantly, on remittances from Nigerians in the diaspora. According to the Outlook for Remittance Flows 2012-14, Nigeria is the seventh biggest recipient of money remitted to the home country by her citizens living abroad.

Aspirations to emigrate have become a Nigerian ideal. The desire to leave Nigeria is now entrenched in the Nigerian psyche. Many of us live to leave, and the essence of our “Nigerianness” finds expression in our ability to emigrate. Most young Nigerians desperately pursue the promise of a better life outside of the country, even through illegal means. It does not matter if the migratory destination is a neighboring country. What matters is that you are “in the abroad” as Nigerians like to say.

On the one hand, people leave because of their disillusionment with the Nigerian state. The collapse of public service, the rise of ethnocentric politics, and corruption have all contributed to a disintegration of the national ethos. The majority of Nigerians no longer rely on the government for basic amenities such as water, electricity, security, and medical care. Also, due to the high rate of unemployment, poverty, collapsed infrastructure and police brutality, the Nigerian government struggles to prove its legitimacy and credibility to its citizenry.

Many Nigerians feel excluded from the country’s cartography of belonging and are unable to imagine a habitable future for themselves there. Hence, despite the travel restrictions brought about by COVID-19, thousands of Nigerians are still leaving the country.

On the other hand, contrary to the belief that emigration is only a recent development in Nigeria, statistics show that Nigerians have been emigrating even before independence. The only difference, in my opinion, is that there are more desperate and irregular movements now than in the past. What this suggests is that emigration has always been part of the Nigerian essence. It is what feeds the spirit of “Naija-politanism” as well as the performance of mobile nationalism by Nigerians.

Also, emigration has always been behind the Nigerian belief in the un-colonial conquering of the world and the confidence in overlooking barriers (even if that barrier is an impervious migration policy). Therefore, despite the abysmal conditions that inform their emigration, contemporary Nigerian emigres may actually be contributing indirectly to our shifting understandings of the workings of nation-statehood in this era of accelerating globalization. Whatever the case, it is quite clear that Nigerians leave because emigration (and being successful in the diaspora) is a huge part of the Nigerian dream.

Sakiru Adebayo is a postdoctoral fellow at the Wits Institute of Social and Economic Research (WISER), University of the Witwatersrand, South Africa.

This article was originally published africasacountry under a Creative Commons license. Read the original article