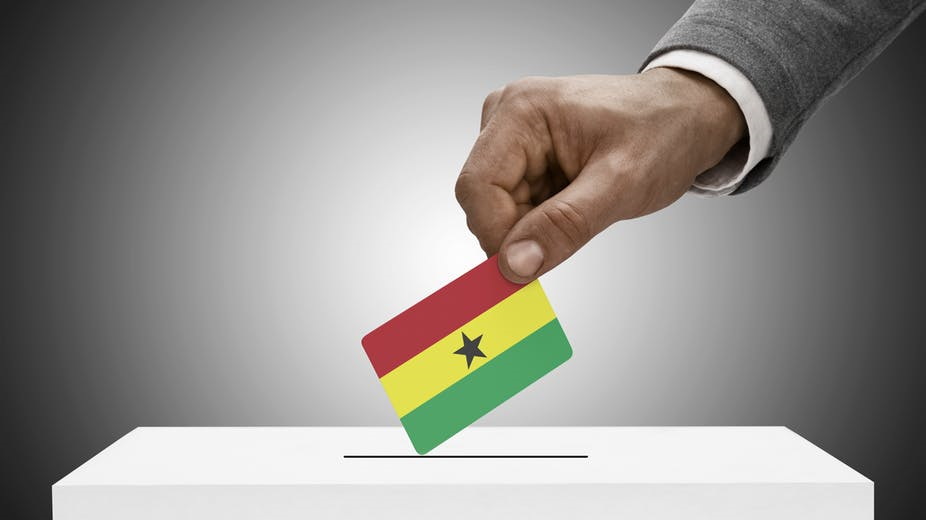 Every country has its own political language. These terms and phrases that have developed over time give distinctive meanings that may not be fully understood by outsiders. Unless we learn them, we may miss critical information about how politics really works.

Our new dictionary of African politics reveals the witty and insightful political terminology that people in different African countries use to speak truth to power and discuss everyday developments. It shows the importance of language for understanding politics and the varied experience of different nations.

The dictionary serves three key purposes. First, it provides clear and concise overviews of hundreds of key personalities, events and institutions from the colonial period to the present day. These range from Sudanese President Omar al-Bashir to former South African leader Jacob Zuma, through the late Kenyan environmentalist and Nobel Laureate Wangari Mathaai, and Aja Fatoumata Jallow-Tambajang, a leading gender activist and the vice president of Gambia.

Second, it explains a rich set of theoretical terms that emerged out of the research on Africa over the last 70 years. These include neo-patrimonialism and extraversion, which have become important for global debates about power and the way it’s exercised.

Third – and much more significantly – it allows for a better understanding of the contributions that the continent has made to the practice and understanding of everyday politics. It also makes it possible to share the perceptive and shrewd ways that people speak truth to power in various countries: this is the real reason that the world needs a new dictionary of African politics.

To access this wealth of “kona” knowledge (street corner wisdom in Kiswahili), we crowd sourced suggestions for the most relevant and insightful terms using social media. The hundreds of responses we received mean that the dictionary is packed full of fascinating terms from across the continent. These come from a variety of languages including Kiswahili, Chibemba, Kikuyu, Wolof, isiZulu and isiXhosa. There are also Africanised versions of English, French and Portuguese words.

An illustrative example is the wealth of English vocabulary that has emerged from the interaction between local political norms and democratic institutions. This includes the Kenyan model of “negotiated democracy” – the sharing of political positions between different communities in advance of an election to avoid conflict.

Another is the Nigerian practice of “zoning”, which was set up to try and ensure that the presidency of Africa’s most populous country alternates between northerners and southerners. That way, no community is permanently excluded from power.

Clothing-related expressions have also emerged in countries like Kenya and Ghana to show voting behaviours. “Three-piece suit voting” refers to supporting the same party for all elected positions. On the contrary, “skirt-and-blouse voting” means to vote for different parties for presidential and legislative elections.

A series of evocative expressions describe a politician’s move from one party to another – usually from the opposition to the governing party following an inducement. Terms such as floor-crossing or cross-carpeting are inspired by the parliament’s settings, or nomadic traditions – examples are transhumance and “nomadisme politique”.

The ingredients that shape these terms are decades, if not centuries old. They thus provide an insight into a collective memory that goes back to well before colonial rule. But, language also evolves to keep up with the times. In French, for example, glissement means to slide. But, in the Democratic Republic of Congo, the word recently took on a whole new meaning. This, as former President Joseph Kabila repeatedly postponed scheduled elections that would see him stand down. Congolese citizens started using the term to refer to the act of deliberately “sliding” past the official election date to retain power indefinitely.

Similarly, in Francophone Africa the term “alternance”, used as the demand for a transfer of power, shows a passionate commitment to the liberal-democratic norm of putting limits on the number of terms a president may serve. This has no equivalent in Europe and North America.

While the use of words such as glissement hint at the world-weary cynicism many ordinary people feel towards their leaders, other terms revel in the joy of wordplay. One of our favourites is “Watermelon politics”. It refers to an individual that professes to support one political party but in reality belongs to another.

It was coined in Zambia, where activists from the opposition United Party of National Development, (whose colour was then red), pretended to support the governing party, the Patriotic Front, (whose colour was green), to avoid reprisals. They were thus depicted as “green on the outside, but red on the inside”.

Such expressions show the ingenuity and humour with which citizens evade despotism and exercise their democratic rights. They also show how much researchers and journalists miss when they don’t pay attention to African ideas and concepts. Thus, the best reason to read this dictionary is to learn about the political ingenuity of African citizens and to gain insights into local political ideas and frames of reference.

The dictionary is also about much more than that. It includes one of the most thorough timelines of African political events ever compiled, with direct links to entries that put critical events into context. It also provides useful overviews of the topics that are of most interest to students. These range from from HIV/Aids to gender quotas, and from the anti-apartheid struggle to the Rwandan genocide.

Our hope is that it does justice to the efforts of the many people who took time to send in the suggestions that have enriched it, and that everyone who takes a look learns something new.