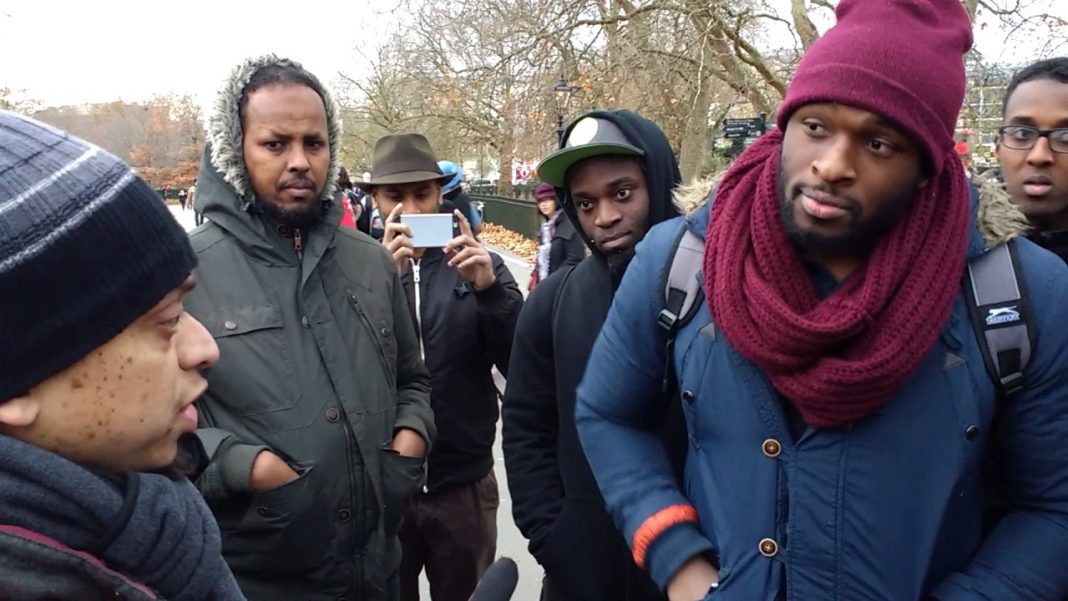 Ukraine, which has been occupied by the Russian invasion, has also been an investment partner to Africa for a while. Sadly, that relationship could be at risk as the ongoing crisis unearths troubling events detrimental to both sides, as Africans in Ukraine face hell.

The first in Europe with proven recoverable reserves of uranium ores, Ukraine is not new to African business landscapes nor productive interaction with Africa and its citizens through trade and education.

Unfortunately, the European nation broiled into war holds around 20 percent of African citizens as international students.

Currently, Russian armies are fighting their way into Ukraine’s strategic cities, Kyiv and Kharkiv—both were bombed on Tuesday, March 1.

According to Foreign Policy, a global magazine of news and Ideas, at least one African student has died from bombardment on Sunday in Kharkiv, Ukraine’s second-largest city.

The boiling conflict has brought up severe concerns on the true nature of the relationship between Africa, a whole geographical unit with more than $2.5 trillion GDP and Ukraine.

As troubling as it is, especially in a middle of a war—that could escalate to nuclear, as Russia begins to ramp up its capabilities, segregation and mistreatment of African nations pose a severe threat to the welfare and sustainability of Ukraine-Africa relations.

Over the past 20 years, Africans have expanded their taste for seeking knowledge and mastery thereby making Ukraine one of Africa’s choice of destinations, especially in medicine-related fields, as Ukraine presents cheaper studying costs, compared to the United States and the rest of Europe (Aljazeera).

Videos shared on widely accessed social media platforms (Twitter, Instagram and Facebook) to multiple reports from credible international news agencies such as CNN and Reuters portrayed the graphic and disgraceful acts of segregation of African nationals (including African students) amid the struggle to seek a haven.

According to information from Aljazeera, United Nations said that at least 677,000 refugees have fled from Ukraine to neighboring countries, such as Poland and Romania.

However, African students have been suffering under freezing temperatures in long queues that stretch more than ten kilometers without proper shelter or food.

“We felt treated like animals,” Barlaney Mufaro Gurure, cried out who is a space engineering student from Zimbabwe, who suffered under harsh climatic conditions in a tiring four-day trip to see the front of a nine-hour queue at Ukraine’s western border (Aljazeera).

“When we left [Kyviv] we were just trying to survive…we never thought that they would have treated us like that….I thought we were all equal, that we were trying to stand together,” said Gurure.

Gurure’s cry isn’t the only story echoing the nearly-empty support hall of the world as the entire globe tries to grapple with disturbing information pouring from Ukraine.

Another student from Africa, Claire Moor, was pushed down from boarding a train, designated for women only, by a Ukrainian guard despite being a woman herself.

“I was shocked because I did not know the extent of the racism”, she noted. The future African technocrat further noted that Ukrainian and Polish nationals were allowed a smooth and quick pass through a vehicle lane, contrary to their counterparts who spent 14 to 50 hours navigating through a pedestrian pathway with a three-stage process.

One of the stranded African students is Tanzania’s award-winning actress and movie star, Yvonne Cherrie’s daughter—who took it through social media to share her mixed emotions on the situation.

Multiple governments and officials from Africa have denounced the acts and urged the country to address them as Ukraine-Africa relations get tarnished.

The African Union provided its statement saying, “reports that Africans are singled out for unacceptable dissimilar treatment would be shockingly racist and in breach of international law.”

On the other side of the coin, the story is different. According to information from Aljazeera, Jan Moss, a volunteer with the Polish aid organization, Grup Zagranica, working on the border frontline, argued that refugees had been welcomed at many crossings out of Ukraine without any form of discrimination.

Racism has become a widely condemned behavior, but quite recently—the matter hasn’t been given strong attention on the global stage. With these despicable events occurring over time and in a killing space,  Africans must assess their relations with Ukraine as more segregation reports arise via social media and international news agencies.

Once again, this scenario has lifted a disturbing but crucial social ill to address, primarily when it occurs within the borders of a nation where victims have a significant amount of resources invested.

Amid growing uncertainties in Ukraine, the country has a substantial financial interest in Africa’s most competitive and diverse economies.

Despite its disturbing past, it is vital to recognize Ukraine as a fierce economic competitor. Ukraine’s economy holds significant strengths, and this was proved in 2020 (six-year after the conflict with Russia in 2014) it had $50 billion of accumulated foreign direct investment in the country.

“African countries imported agricultural products worth US$4 billion from Russia and $2.9 billion from Ukraine in 2020 at a time of soaring prices in global markets”, Foreign Policy.

Further, Egypt imports at least 85 percent of its wheat from Russia and Ukraine, and it’s Russia’s top African trade partner.

According to the data from the State Statistics Service of Ukraine, in 2019, bilateral trade between Ukraine and Tanzania amounted to $27.65 million.

Tuko, a popular digital media platform in Kenya is part of a global consumer internet company, Genesis Media, based in Ukraine. In Kenya, Tuko has 7 million unique site readers and 2 million app downloads according to the company’s LinkedIn page.

Nigeria’s Exports to Ukraine was US$647.13 thousand during 2020, most of the items being food products, rubbers and plastics, according to the United Nations COMTRADE database on international trade

The numbers above point towards the uncompromising commitment Africa has placed, while on the other hand, Ukraine’s volume of investment to Africa is relatively small.

Also, economic diplomacy affairs haven’t been smooth. In 30 years of independence, there has not been a single visit from a Ukraine president to sub-Saharan Africa but only one president visited Ukraine—President Jacob Zuma.

The latter begs the question: can Africa take Ukraine as a viable trade partner especially taking it under scrutiny with such ill-treatment of its citizens being the case? Will the Ukraine-Africa relations get any clearer, more transparent and fair under the backdrop of current circumstances?

A few countries in Africa have suffered from dictatorship regimes that wage war and derail development. Condemning any foreign military invasion and instigation of outright war is the region’s default imperative.

Padili Mikomangwa is a Tanzania-based environmentalist. He is committed to assisting communities in becoming more aware of crucial issues involving environmental economics and natural resource management.