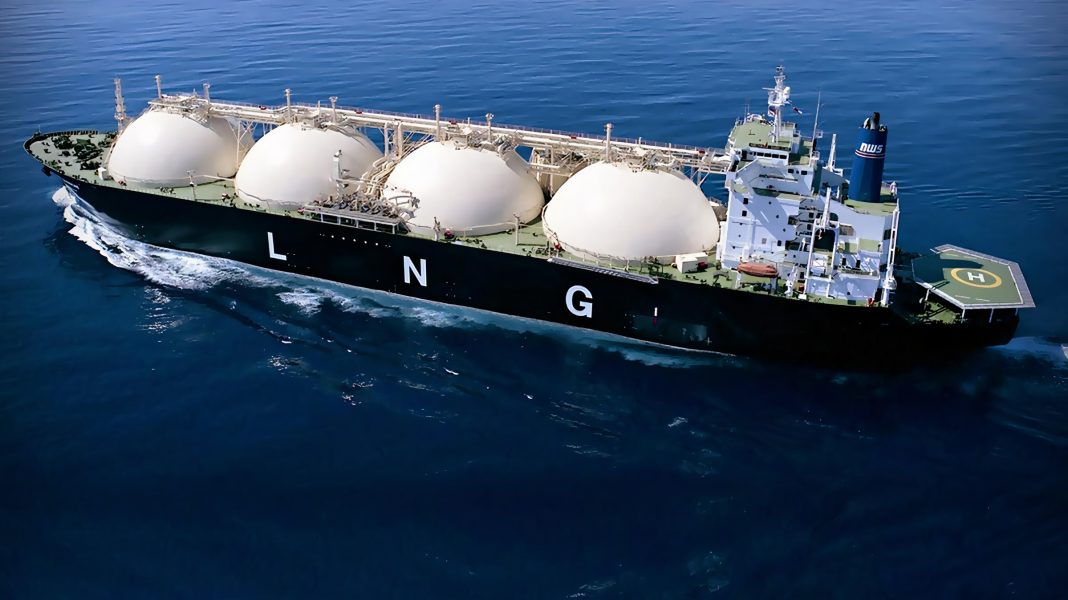 Russia’s invasion of Ukraine has expanded the meaning of “energy transition” in Europe.

Usually, that term means moving away from the fossil fuels that have driven progress for generations and turning, instead, to emerging green energy sources. But with the U.K. phasing out Russian oil imports following the U.S.’s ban — and more EU countries expected to follow suit — this time the transition refers to finding new hydrocarbon sources.

Currently, Russia supplies about a third of Europe’s crude oil imports and nearly half of its natural gas, some 150 to 190 billion cubic meters of gas per year. It will require a producer with sizable resources to take Russia’s place.

The world is wondering, and rightfully so, if Africa’s gas reserves — an estimated 221.6 trillion cubic feet — could be part of the energy solution Europe so desperately needs.

My answer: Yes, African countries can help fill the gap. They can provide the “Freiheits Gas” that will wrest Europe from its dependence on Russian pipelines.

But getting there will be tough. African countries will need months to ramp up their gas production, especially since until very recently, Western leaders and environmental organizations were aggressively pushing for a rapid halt to African gas investment in the name of climate protection — an effort that sent foreign companies running for cover.

Reducing the time required to get natural gas flowing and exported will require speedy action on the part of European and African stakeholders.

For one thing, while Africa has a wealth of natural gas reserves, it is considerably lacking in gas infrastructure. Without a prompt and significant uptake in investments by European countries, financial institutions, and energy companies, there’s no way Africa will have enough pipelines,  storage capacity, or processing facilities to adequately meet Europe’s gas needs.

African leaders must act decisively as well, to smooth the way for European entities to successfully invest in African oil and gas infrastructure projects, make deals rather than engage in unreasonable delays, and get gas production and transportation in motion. And, at the same time, African governments must do as much as possible to consider African needs, even as they attempt to meet Europe’s.

Africans have been arguing that before rushing to renewable energy sources, we need to continue producing natural gas so we can use it to power electricity generation domestically and address the continent’s widespread energy poverty. We have argued that we need time to monetize the natural gas value chain so we can build energy infrastructure, both for fossil fuel and renewable energy operations. Monetizing gas in Africa would create economic opportunities for our young people at home. So many of them today are making the risky journey across the Mediterranean in search of greener pastures in Europe. We can create greener pastures in Africa with clean natural gas and send low carbon LNG and green hydrogen to Europe. African natural gas can be a critical pathway to growing and diversifying African nations’ economies and paving the way for a successful and just energy transition.

As we increase natural gas activity, we must not lose sight of our goals for Africa. We must work together, and strategically, to drive the programs that will make them happen, from commitments to retain some of the natural gas we produce for gas-to-power projects to monetization efforts.

So, yes, let’s work with European countries to help them lessen their dependence on Russian gas, but let’s not fail to meet the pressing needs of African nations at the same time.

Europe, We Must Be Pragmatic

Environmental concerns that were not backed by science even blocked Dutch multinational Shell from carrying out a seismic survey to prospect for oil and gas reserves along the eastern coast of South Africa last December, despite South Africa’s great need for energy and the role any oil or gas discovered could have played in lessening the country’s energy poverty. (Shell just has a successful discovery in Namibia, and I am confident they will successfully use carbon capture technologies to produce carbon-neutral hydrocarbons.)

But if this pattern of interfering with African oil and gas financing and production continues, existing gas projects in Mozambique, Tanzania, Nigeria, Equatorial Guinea, Mauritania, Congo, and Senegal stand to be at risk. New and expanded gas projects are unlikely. Capital goes where it is welcomed.

Now, with the crisis in Ukraine, it has become clear we are not yet close to the worthy goal of zero-emissions energy, we’re just not there yet. Within days of Russia’s invasion, gasoline prices were already edging higher, a sign of the market’s reliance on crude oil as a transportation feedstock. Today, we’re seeing the highest prices for fuel in decades. As for natural gas, it reached an all-time high in Europe on March 7 and continues to set records. So, no, Europe isn’t there yet, and neither is Africa. Producing, transporting, and using natural gas, the cleanest of all fossil fuels, is not even a necessary evil. It’s a reasonable means of meeting widespread energy needs while keeping carbon dioxide emissions in check.

What if we were to make a course adjustment in response to the crisis in Ukraine?

Imagine if the European Investment Bank and other financial institutions were to start funding gas projects. No, it wouldn’t deliver the gas Europe needs today, but it will help longer-term by providing an alternative to Russian energy. It will help by making African countries a reliable, sustainable source of natural gas for Europe well into the future. And it would position Africa to meet its own pressing energy needs.

I have challenged a large number of companies to commit to signing gas and green hydrogen agreements at African Energy Week this October in Cape Town. The recent green hydrogen development deal signed by German energy company, Emerging Energy Corporation, in Niger Republic is  a move in the right direction.

A final thought about Europe: It needs to stop handicapping Africa with handouts and foreign aid. The aid must stop. It is not helping us. We’d much rather see Europe cooperate with us and focus on free-market enterprise, economic freedom, and gas monetization.

It would be easy to place all of the blame for Africa’s infrastructure shortfalls on the lack of European investments. But African governments share responsibility. We must do for ourselves what we expect others to do for us. It’s not Europe’s responsibility to build Africa.

African countries for years placed far greater importance on crude oil production, and the resulting revenues they received from oil majors, than they did on producing natural gas and monetizing it to fund infrastructure development. Fortunately, that mindset has been evolving with more African countries, including Nigeria, Equatorial Guinea, South Africa, and Ghana, pursuing natural gas monetization initiatives. But these processes take time.

African governments have also been much too slow to act when gas production opportunities arise. There is a slew of gas deals that are pending. We must admit that the bureaucracy and the triangulation in negotiations and approving deals have slowed the gas industry in Africa. In many countries that I have worked in, it takes longer to get government negotiation and approval for a gas project than it takes to construct it. Today companies can even line up the financing, and ready to invest but if the negotiation and approval process is slow or broken, there’s no point in doing a gas deal in Africa. We have seen many licensing rounds launched and no agreements were signed.  And any proposal that fails to cut red tape won’t work and Africa’s gas potential bonanza will be a disaster.  Look at the huge amounts of gas, almost 300 trillion cubic meters, in Nigeria, yet to be produced. Look at existing projects being stalled in Cameroon, Equatorial Guinea, Tanzania and Mozambique.

I was present when Niger, Algeria, and Nigeria signed the Declaration of Niamey last month. The end result of their cooperation is that the long-delayed Trans-Saharan Gas Pipeline will finally move forward. This is important news for a project stymied for more than 20 years by investor concerns over security and governments’ failure to negotiate and push the deal forward. The $2.2 billion, 4,128-kilometer (2565-mile) pipeline is tremendously promising for the African countries involved — it will span from Warri, Nigeria to Hassi R’Mel, Algeria, running through Niger—and for Europe. When complete, it will transport 30 billion cubic meters of gas a year from Nigeria, Algeria, and Niger to Europe.

African countries must start fast-tracking their natural gas projects and get them in motion so market forces can drive them.

And, they must reject resource nationalism: This is not the time to demonize international oil companies and foreign operators in Africa. Now, more than ever, it is vitally important to foster cooperation among nations if we’re going to achieve our goals.

The way I see it, the stakes are high for two continents right now. Africa’s natural gas reserves can meet significant, pressing needs for both. But only if stakeholders in both Europe and Africa step up and commit to working together in a spirit of cooperation. And only if they move decisively. Now let’s change our mindset and get to work.