Home Politics How Africa Can Benefit From the Russian-Ukraine Conflict 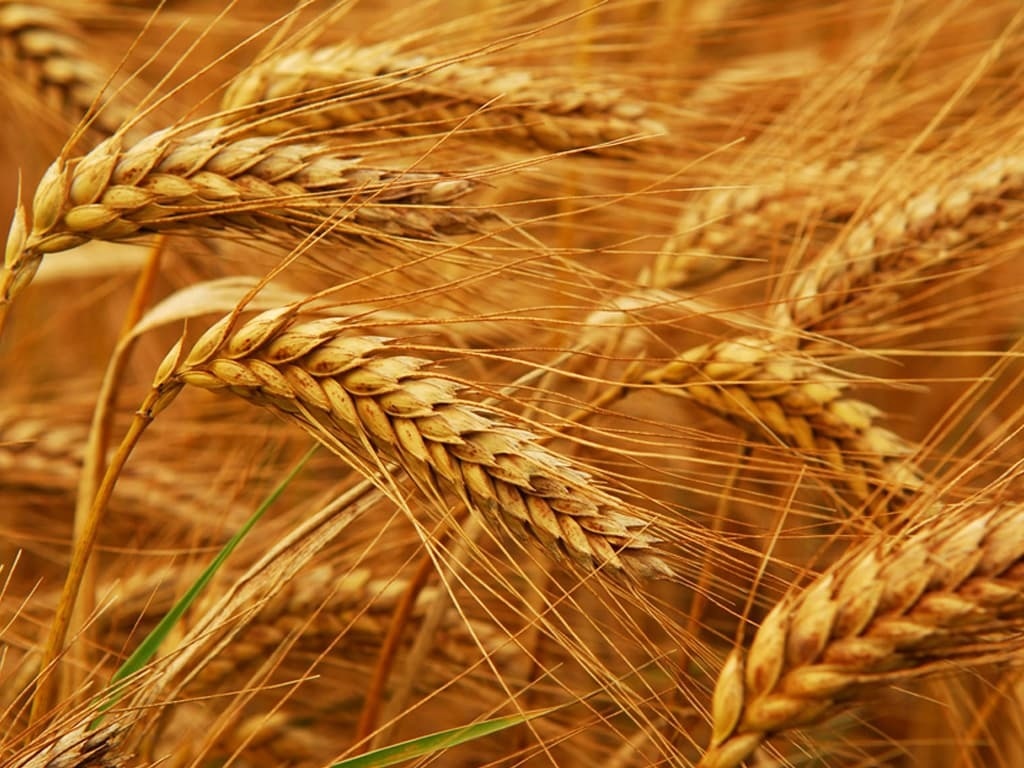 The geopolitical war between Russia and Ukraine could be a blessing in disguise for exports in Africa, specifically for countries eyeing future gas exports and Wheat and grain production. On the other hand, imports in some African countries will receive a massive blow, like the Kenyan tea economy.

In 2020, African countries imported agricultural products worth $4 billion from Russia, 90 percent of which was Wheat and six percent was sunflower oil.

Additionally, Ukraine exported $2.9 billion worth of agricultural products to the African continent; About 48 percent was Wheat, 31 percent was maize, and the rest included sunflower, barley, oil, and soybeans.

Globally, Ukraine accounts for seven percent of the wheat production, and Russia pumps a whole 18 percent into the same. The suspension of Russia and Ukraine from the African agricultural and energy market could cause a tremendous shift in the import-export activity in the continent.

Ethiopia could capitalize on the wheat importation gap created by the Russian-Ukrainian conflict.

Ethiopia is the biggest Wheat producer in Africa, producing about 5.1 million tonnes in the 2020/2021 financial year. Russia’s restriction on the importation of Wheat has created a business gap in the African market and all over the globe.

Russia and Ukraine account for more than 70 percent of Egypt’s imported wheat demand. In 2019, wheat imports from Russia to Egypt were worth US$2.55 billion, and Nigeria’s imports amounted to US$394 million. Other countries that import Russian Wheat include Sudan, Senegal, Tunisia and Morocco.

Ethiopia will hold talks with Egypt and Sudan in March 2022 over the Nile waters’ use. Both countries are importers of Wheat, and production in Ethiopia could fulfill the demand from these two countries without exerting pressure on their production.

Ethiopia could also pound on importing the same to Nigeria, Senegal, Tunisia and Morocco as Tanzania also looks to steal Russia’s market of importing gas to Europe.

Is it time for Tanzania to harvest from the lucrative gas exports?

Tanzania’s head of State, Samia Suluhu Hassan, has revealed that the country has secured new markets abroad for gas exports. The war between Russia and Ukraine could divert attention to the possibility of importing gas from Tanzania.

“We are looking for markets wherever, whether in Africa, Europe or America,” she said. “Fortunately, we are working with companies from Europe. Total Energies, for example, is working in Tanzania.

President Samia Suluhu said that Tanzania had three significant points with gas reserves: Kilwa, Songo Songo and Mnazi in the southern part of the country. She stated that her administration believed they were other deposits in some other areas in the country.

Other countries that could jump on the looming gas exports challenge include Nigeria, Senegal Egypt and Mozambique.

On February 17, President Samia Suluhu had talks with French President Emmanuel Macron on improving the relationship between the two countries during the EU-AU summit in Brussels, Belgium.

The United States seeks to ensure that trade between Russia and European countries stops until the conflict between the two countries is resolved.

“Europe continues buying so much Russian oil and gas, and he (Vladimir Putin) is turning it into aggression, invasion. He’s destabilizing all of Europe.”

According to BBC, all 27 of the European Union members unanimously agreed to an unprecedented sanctions package, described by the European Council president as “massive and painful” against Russia.

The sanctions target more sectors of the Russian economy, including the transport, energy and financial sector.

Germany and Italy are reluctant on imposing sanctions on Russia.

However, it is bad news for Tanzania since the largest importers of gas supplies from Russia, Germany and Italy are reluctant on imposing sanctions against the largest country in the world by area.

The two countries are heavily reliant on Russian gas supplies and business partnerships. They urged the EU to hold back on the toughest sanctions, especially limiting oil and gas imports and ejecting Russia from the Swift international payment system.

Critics have accused Germany and Italy of selfishness during an international crisis. The European Union has guaranteed to compensate countries worst hit by sanctions and rising energy prices.

The cost of living in Kenya hits the roof; tea exports take a blow over the Russian-Ukrainian conflict.

Households in Kenya are braced for more challenging times as energy and food prices threaten to rise following the European war between Russia and Ukraine.

The Russian invasion is agitating further rise in oil prices, creating inflation through costly electricity and transport of manufactured goods. Any goods imported from the affected European countries will see a price hike.

The United States has denied Russia the chance to trade with the dollar, crippling its ability to trade with some African countries, including Kenya. Russia is the fourth largest importer of Kenyan tea, contributing about Ksh6.2 billion (US$55 million) in a year.

Kenya tea imports experience a slump over the Russian-Ukrainian conflict.

According to the United Nations COMTRADE database on international trade, Kenya’s Exports of tea to Russia were US$42.61 million in 2020 and US$54 million in 2021.

The trade will be adversely affected if the war between Russia and Ukraine prolongs because; Russia has banned from using the dollar, sanctions imposed against Russia and Kenya show a firm stand against the atrocities in Ukraine.

In 2020, Ukraine’s imports of tea from Kenya were US$5.74 million, and the total imports were US$9.18 million. The closure of airports flying into Ukraine will hurt trade between the two countries forcing Kenya to look for alternative buyers of their coffee.

A prolonged war between Russia and Ukraine will have devastating effects on the economy of the East African country.

Members of the Kenyan parliament have proposed for the Ministry of Finance to allocate Ksh25 billion (US$221.3 million) to the Ministry of Petroleum to fortify the fuel subsidy kitty even as the government braces for a second rise in the local pump prices.

“We are very aware of the situation with oil prices globally, impacting local prices. We have proposed an allocation of Sh25 billion to the fuel subsidy in our report to the Budget and Appropriations Committee,” Bonchari MP Pavel Oimeke, a member of the Energy Committee, said.

The geopolitical Russian-Ukrainian conflict affects the crypto and the stock exchange market.

President Vladimir Putin has shaken the stock, bond and commodities markets from around the world. The Russian-Ukrainian conflict has triggered a massive sell-off of shares and cryptocurrencies, pulling down the two markets in the last stages of recovering from the pressure exerted by the COVID-19 pandemic.

The sell-off has been motivated by the fear of rising interest rates, pumping inflation and the continuing supply chain bottlenecks.

Like the one we are experiencing now, a significant risk event usually sees investors rushing back to bonds and the safest assets. In Kenya, the war could hurt the flow of foreign investors to the Nairobi Securities Exchange (NSE), given that foreigners account for 58 percent of trading at the bourse market.

Since the tension began to rise between Russia and Ukraine, the price of bitcoin had seen a downward trend, falling from US$44,591 on February 15 to US$37,301 when Russia launched a large-scale invasion of Ukraine. This is the most powerful conventional military attack in Europe since World war II.

Wars involving hard ammunition never pass the education sector without giving it a hard dent, and this one has not been an exception!

Education of African students halted over the Russian-Ukrainian conflict!

Flights from the airports in Ukraine have been shut down. The chances of Africans studying in Ukraine from being evacuated are diminishing! The fear of possible deaths from the war between Russia and Ukraine is staring at their eyes.

BBC reports that the countries with the most students in Ukraine are Morocco (8,000 students), Nigeria (4,000 students) and Egypt (3,500 students). Education in Ukraine halted as the students struggled to find a way back to their country following the announcement of a state of emergency in Ukraine.

Education experts are pleading with governments in Africa to take responsibility for the African citizens in the country, saying that a response similar to that taken during the COVID-19 pandemic is necessary.

A few victims of the war took to their social media pages, reporting that some European countries were restricting Africans and other foreigners from getting into their territory from Ukraine.

Nigeria’s foreign minister, Geoffrey Onyeama, said that it had received with surprise news of Russia’s invasion of Ukraine. Nigeria was taking measures to keep their nationals in Ukraine safe and facilitate their evacuation as soon as airports resumed operations.

A student in Ukraine told the BBC that all her friends were trapped in Kyiv, where primary goods such as food and medicine have crazily gone up, and queues in supermarkets are unrealistic.

Many African students feel desperate and abandoned, and the war might derail education for a longer time than projected.

Apart from gas exports, African countries producing sunflower oil, maize and grains could look into revamping their exports and possibly benefit from the Russian-Ukrainian conflict.

Joseph Kangethe is an African journalist that is passionate about technology, business, and investment. He is emphatic there is always something positive happening in Africa, but that most of it gets lost in stereotypes.