Home Politics Election Rigging – And When Citizens Resist It 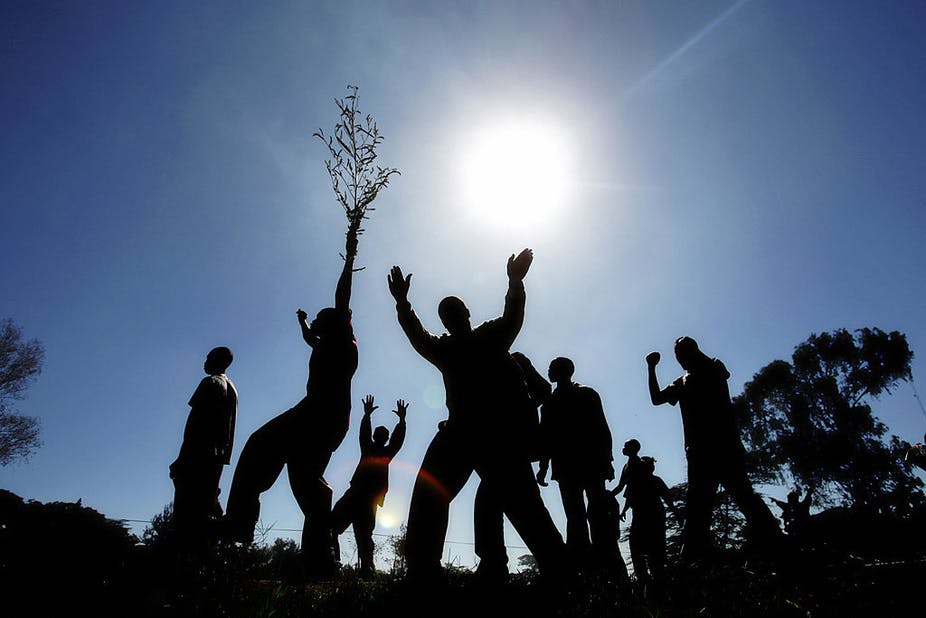 In recent months it has felt like election rigging has run riot.

Citizenskilled, beaten and intimidatedandelection results falsifiedin Uganda.Ballot boxes illegally thrown out of windowsso their votes for the opposition can be dumped in the bin in Belarus. Widespread censorship andintimidation of opposition candidates and supportersin Tanzania.

So what do ordinary citizens make of these abuses?

If you follow the Twitter feed of opposition leaders like Uganda’s Bobi Wine, it would be easy to assume that all voters are up in arms about electoral malpractice – and that it has made them distrust the government and feel alienated from the state. But the literature on patrimonialism and “vote buying” suggests something very different: that individuals are willing to accept manipulation – and may even demand it – if it benefits them and the candidates that they support.

Our new book,“The Moral Economy of Elections in Africa”tries to answer this question. We looked at elections in Ghana, Kenya and Uganda over 4 years, conducting over 300 interviews, 3 nationally representative surveys and reviewing thousands of pages of archival records.

Based on this evidence we argue that popular engagement with democracy is motivated by two beliefs: the first is civic, and emphasises meritocracy and following the official rules of the democratic game, while the second is patrimonial, and emphasises the distinctive bond between an individual and their own – often ethnic – community.

This means that elections are shaped by – and pulled between – competing visions of what it means to do the right thing. The ability of leaders to justify running dodgy elections therefore depends on whether their actions can be framed as being virtuous on one – or more – counts.

We show that whether leaders can get away with malpractice – and hence undermining democracy – depends on whether they can justify their actions as being virtuous on one – or more effective – of these very different value systems.

We argue that all elections are embedded in a moral economy of competing visions of what it means to be a good leader, citizen or official. In the three countries we study, this moral economy is characterised by a tension between two broad registers of virtue: one patrimonial and the other civic.

The patrimonial register stresses the importance of an engagement between patron and client that is reciprocal, even if very hierarchical and inequitable. It is rooted in a sense of common identity such as ethnicity and kinship.

This is epitomised in the kind of “Big Man” rule seen in Kenya. The pattern that’s developed is that ethnic leaders set out to mobilise their communities as a “bloc vote”. But the only guarantee that these communities will vote as expected is if the leader is seen to have protected and promoted their interests.

In contrast, civic virtue asserts the importance of a national community that is shaped by the state and valorises meritocracy and the provision of public goods. These are the kinds of values that are constantly being pushed – though not always successfully – by international election observers and civil society organisations that run voter education programmes.

In contrast to some of theexisting literature, we do not argue that one of these registers is inherently “African”. Both are in evidence. We found that electoral officials, observers and voter educators were more likely to speak in terms of civic virtue. For their part, voters and politicians tended to speak in terms of patrimonial virtue. But they all had one thing in common – all feel the pull of both registers.

This is perfectly demonstrated by the press conferences ofelection coalitions in Kenya. At these events, the “Big Men” of different ethnic groups line up to endorse the party, while simultaneously stressing their national outlook and commitment to inclusive democracy and development.

It is often assumed that patrimonial beliefs fuel electoral malpractice whereas civic ones challenge it. But this is an oversimplification.

Take the illegal act of an individual voting multiple times for the same candidate. This may be justified on the basis of loyalty to a specific leader and the need to defend community interests – a patrimonial rationale. But in some cases voters sought to justify this behaviour on the basis that it was a necessary precaution to protect the public good because rival parties were known to break the rules.

In some cases, malpractice may therefore look like the “right” thing to do. What practices can be justified depends on the political context – and how well leaders are at making an argument. This matters, because candidates who are not seen to be “good” on either register rapidly lose support.

Nothing demonstrates this better than the practice of handing out money around election times. Our surveys and interviews demonstrated that voters were fairly supportive of candidates handing out “something small” as part of a broader set of activities designed to assist the community. In this context, the gift was seen as a legitimate part of an ongoing patrimonial relationship.

But when a leader who had not already proved their moral worth turned up in a constituency and started handing out money, they were likely to be seen as using handouts to make up for past neglect and accused of illegitimate “vote buying..”

This happened to Alan Kwadwo Kyeremanten in Ghana, a political leader so associated with handing out money that he became popularly known as Alan Cash. But Cash has consistently failed to become the presidential flagbearer for his National Patriotic Party. We argue that this is because he failed to imbue gifts with moral authority. As one newspaper noted at the time:

Alan Cash did not cultivate loyal and trusted supporters; he only used money to buy his way into their minds not their hearts.

The problem of patrimonialism

A great deal of research about Africa suggests – either implicitly or explicitly – that democratisation will only take place when patrimonialism is eradicated. On this view, democratic norms and values can only come to the fore when ethnic politics and the practices it gives rise to are eliminated.

Against this, our analysis suggests that this could do as much harm as good.

Patrimonial ideals may exist in tension with civic ones, but it is also true that the claims voters and candidates make on one another in this register is an important source of popular engagement with formal political processes. For example, voters turnout both due to a sense of civic duty and to support those candidates who they believe will directly assist them and their communities.

This means that in reality ending patrimonial politics would weaken the complex set of ties that bind many voters to the political system. One consequence of this would be to undermine people’s belief in their ability to hold politicians to account, which might engender political apathy – and result in lower voter turnout. In the 2000s, as many as85% of voterswent to the polls, far exceeding the typical figure in established Western democracies.

The same thing is likely to happen if the systematic manipulation of elections robs them of their moral importance – signs of which were already visible in the Ugandan elections of the last few months.

Gabrielle Lynch is Professor of Comparative Politics, University of Warwick