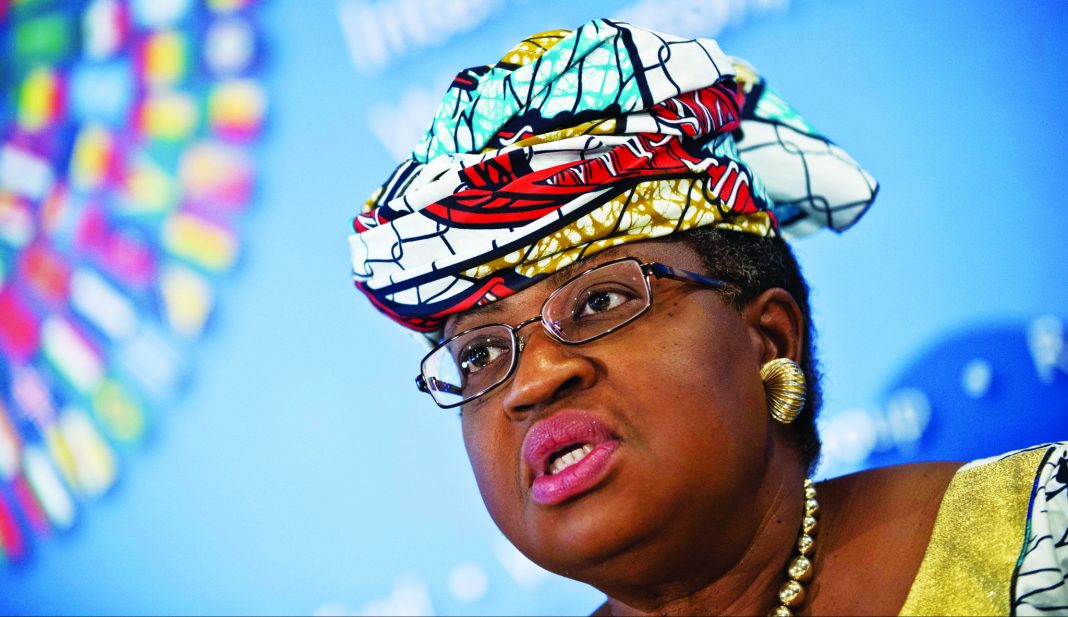 Ngozi Okonjo-Iweala, the former finance and foreign minister of Nigeria, is widely expected to become the next head of the World Trade Organization (WTO). Okonjo-Iweala was in the running for president of the World Bank (WB) in 2012 before the former US President Barack Obama chose an American man, Jim Yong Kim, for the position. During her campaign for president of the World Bank—and now for the WTO—many commentators have heralded the importance of having a Black African woman at the head of a major international financial institution as “a defining moment for Africa, long under the boot of foreign powers and financial institutions.” The Pan-African left must, however, reject the politics of representation for representation’s sake. If the point is to have a Black African woman provide cover for the same neoliberal policies that have hindered economic development in Africa, then such representation is counterproductive.

Along with the International Monetary Fund (IMF) and World Bank, the WTO forms part of the “Unholy Trinity” of international institutions that governs the global trade and financial system to the benefit of major multinational corporations and their shareholders and to the detriment of ecosystems and workers everywhere. The WTO was created in 1995 at the height of post-Cold War neoliberal triumphalism. It replaced the looser General Agreement on Tariffs and Trade (GATT), with a permanent organization that could more easily sanction countries that tried to restrict foreign trade through a dispute resolution mechanism between states (one that has recently been sabotaged by the United States). The GATT had allowed Global South governments to implement modest forms of infant industry protection and other trade restrictions for development purposes.

The US and European governments sought to weaken these provisions and to extend principles of free trade to services and intellectual property. A global coalition of labor and environmental groups famously stunned the organization with protests that disrupted its annual meeting in Seattle in 1999.

Despite being hailed as a “development round”—ostensibly focused on the needs of the poorest nations—the latest series of global trade negotiations stalled as governments in the Global South, led by India and China, resisted further opening their markets to North American, Western European, and Japanese capital. They also insisted that governments in the Global North open their markets to agricultural exports from the South by reducing trade barriers, especially their massive subsidies to domestic agribusiness.

The question for the next head of the WTO therefore is: whose side are you on? Will Okonjo-Iweala put an African face on the North’s agenda to expand free trade and reinforce the power of major multinationals or fight for the right of Southern governments to subordinate international trade to their own domestic development priorities? While the Nigerian government has a reputation for protectionism—one that proponents of the African Continental Free Trade Area fear may scuttle the project—Okonjo-Iweala is known as an orthodox economist with a decades-long career at the World Bank. Her candidacy for World Bank president was endorsed by the likes of The Economist and The Financial Times, hardly the friends of Africa’s workers and peasants.

Okonjo-Iweala’s record in office has provoked the ire of the Nigerian left. Many opposed her first major act as finance minister: the deal with the Paris Club—a grouping of Western and Japanese official creditors—to restructure Nigeria’s foreign debt in 2003. She negotiated a reduction of Nigeria’s debt from approximately US$35 billion to $17.4 billion, including an immediate payment of $12.4 billion. Many Nigerian progressives argued that since the debt was contracted by corrupt military dictatorships and the lenders knew that the funds would be stolen, the people of Nigeria should not have had to repay a single dollar. The debt was odious and should have been repudiated. The billions in repayments could have paid for teachers, nurses, and infrastructure instead.

In her second stint as finance minister, Okonjo-Iweala became the public face of the deeply unpopular decision to remove the subsidies on fuel in January 2012, which led to a doubling of transport prices overnight and a sharp rise in the cost of living. Millions of Nigerians felt that the fuel subsidy was the only benefit they received from their country’s vast oil wealth and did not trust their political leaders to reallocate funds to social spending as they were promising. The move sparked a national strike and the Occupy Nigeria protests, joined by artists like Seun Kuti, Wole Soyinka, and Chinua Achebe.

In the decades since the end of formal colonialism, many Africans have learned (the hard way) that having leaders that look and sound like you matters little if they pursue policies that hurt most of your fellow citizens. The selection of Okonjo-Iweala—or any other candidate—to head the WTO matters only to the extent that their leadership opens policy space for developing countries to pursue industrial policies. The hope is that a WTO President from the Global South would be more sympathetic to the challenges posed by the global trading system to peripheral economies, but Okonjo-Iweala’s record does not inspire much confidence in this regard.

While the “gentlemen’s agreement” between the US and European governments whereby the head of the International Monetary Fund (IMF) is always a European and the head of the WB an American is unjustifiable, the Pan-African left should push for a more equitable global economy, not simply more “black faces in high places.”

Francisco Perez is Executive Director of the Center for Popular Economics.