Home Politics Autocracy On The Rise Again In Africa 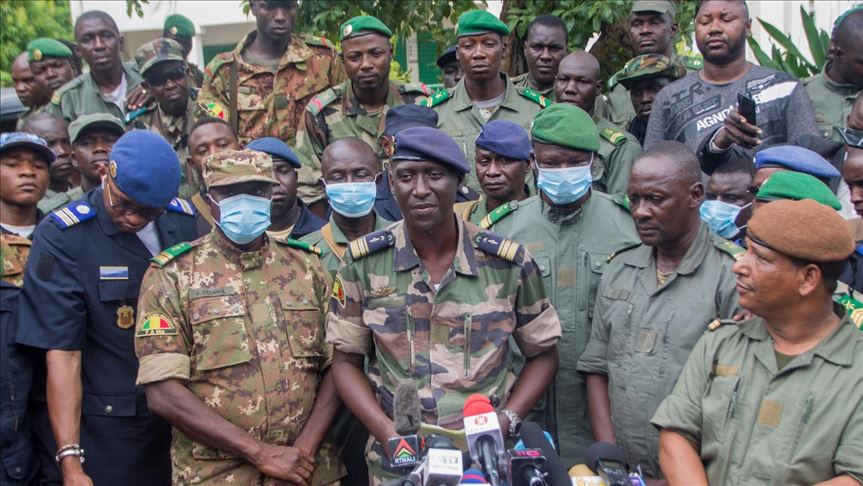 African democracy is again imperiled. Last month’s military coup in Guinea, on the west coast of the continent, together with three recent coups in neighboring Mali, a military usurpation of power in Chad, the shutting down of parliament in Tunisia, and the repeated failure to hold timely elections in Somalia all suggest that autocracy is again on the rise in Africa after several decades when voters were ascendant.

Additionally, jihadism threatens stability and democratic choice across much of Africa. Mali, Niger, and Burkina Faso, where the peaceful pursuit of political and economic development has recently been the norm, are assaulted daily by marauders loyal to both the Islamic State in West Africa and al-Qaeda in the Islamic Maghreb.

This region (comprising much of the Sahel region just south of the Sahara), has now replaced Iraq and Afghanistan as the main global center of Islamic State and al-Qaeda militancy. The precipitous withdrawal of American and other allied forces from Afghanistan is certain to redouble pressure from these Islamists on the democracies of Africa.

Two more African insurgencies also benefit from the demise of Western power in Afghanistan. The long-running al-Shabaab insurgency in Somalia has made state-building in the Horn of Africa almost impossible. Now, there is an al-Shabaab offshoot – Ansar al-Sunna – fomenting mayhem in northern Mozambique.

In giant Nigeria, too, Boko Haram (now split into two factions) continues to attack villagers in its northeastern region. One faction, now the stronger one, is allied to the Islamic State in West Africa. The other claims ties to al-Qaeda. Together with three or four other internal conflicts in Africa’s largest democracy, the decade-old Islamist insurgency in the northeast makes the attainment of good governance that much more unlikely.

The decision by U.S. President Joe Biden to leave Afghanistan emboldens the Islamic State and al-Qaeda everywhere, but he and President Emmanuel Macron of France have also both been pulling back from their commitments to Africa. Former President Donald Trump forced U.S. Special Forces to retreat from Somalia; Mr. Biden has not yet sent them back in. Mr. Macron is reducing his 5,300 strong contingents supporting Niger, Burkina Faso, and Mali in the Sahel to 3,000 to 4,000 personnel.

British and German brigades are also leaving the Sahel. Mr. Biden has not yet committed to continuing to operate a drone base in Niger and to support democracies of the region. If Western militaries withdraw just at the moment when the Islamists are emboldened by the pullout from Afghanistan, the remaining democratic governments of West Africa, and even middle Africa, will be further endangered.

Democracy in Africa is also threatened from within. The military coups in Guinea and Mali were of course driven by the ambitions and avarice of colonels, as they so often are. But the military coup in Guinea and the presidential coup in Tunisia were also popular because of the failures of the deposed prior governments. In Guinea, former president Alpha Condé had overturned constitutional restrictions on a third term and insisted on a rigged election in 2020.

He had long before transitioned from being a democrat to ruling autocratically. In his case, and in Tunisia, the living standards of citizens had declined as the ruling classes (Islamist parliamentarians in Tunisia’s case and cronies around Mr. Condé in Guinea) grew ostentatiously wealthy. In both countries, and in Mali earlier, the sleaze of corruption surrounded the ousted regimes. Across Africa, grand corruption enriches politicians and their allies, while citizens remain poor.

Every coup maker promises to end corruption and return power to the people through new elections – after a time of transition. But most often, military leaders enjoy their new perquisites too thoroughly to give them up easily.

That happened in Mali between the first and second coups and is a current problem in Chad, where soldiers installed President Idriss Déby’s son Mahamat as ruler after his father was killed in a battle with invaders from the north. Mr. Déby was another ruthless autocrat, and his son seems cut from the same cloth.

Fortunately, against this dreary backdrop, last month Zambian voters replaced an autocratic president with someone presumptively more promisingly democratic. Malawi did the same a year ago. So there is hope that voters will regain their voices and agency in the parts of Africa that are today coup-prone and undemocratic.

Robert Rotberg is the founding director of the Harvard Kennedy School’s program on intrastate conflict, a former senior fellow at CIGI and president emeritus of the World Peace Foundation. His latest book is Things Come Together: Africans Achieving Greatness.