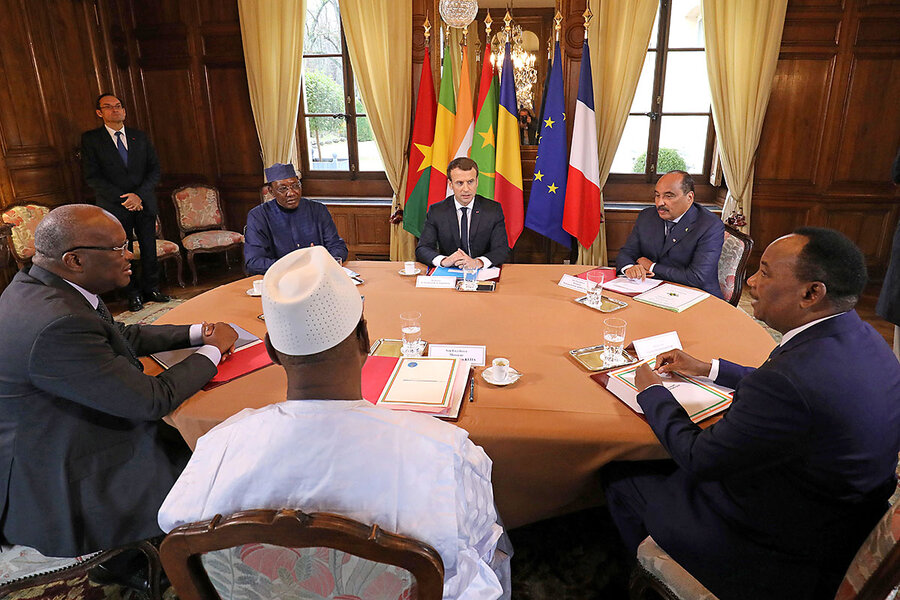 After the invasion of Algiers in 1830, France initiated more than a century of colonialism in Africa, subjugating millions of Africans to French rule. French colonization changed the shape of African militaries, economies, and politics. Most colonies achieved independence during the 1960s. However, France still “detained a sphere of influence in these regions.”

In the post-independence period, French relations with its former colonies became known by the term “Françafrique,” a portmanteau of France and Afrique (the French word for Africa). This term encompasses the economic, political, and military relations between Paris and its former African colonies. However, during the 1990s, the idea of Françafrique faced challenges in France. Activists revealed “African emissaries traveling to France with suitcases full of cash seeking, regardless of who won the election, to cement French politicians’ loyalty and support for certain African heads of state,” according to Global Voices.

Nowadays, French attitude and policy shifts may signify an end of Françafrique, as France transitions from neocolonialism to a desire to build mutually beneficial relationships with African nations.

President Macron aimed to start a new chapter of France-Africa relations after his speech in Ouagadougou, the capital of Burkina Faso in November 2017. Macron expressed his desire to establish more equal partnerships with African nations in his speech.

In October 2021, the President held firm to this policy shift at the New Africa-France Summit, where he worked with African leaders to redefine France-Africa relations.

In his attempt to revolutionize French influence in Africa, the French President has made unprecedented advances by recognizing France’s negative role in Africa, declaring that colonialism was a “grave mistake,” according to Economist Intelligence.

Despite Macron’s hopes, forging an equal partnership between France and Africa is challenging, as France created and controls a relevant African currency: the Communauté Financière Africaine (CFA) franc.

The CFA franc is a regional currency used by nations in the West African Economic and Monetary Union and the Economic and Monetary Community of Central African States. Created in the colonial era, France ensured its use in its sub-Saharan colonies, guaranteeing the fixed rate of CFA franc with the French franc and now with the Euro, according to Carnegie Endowment for International Peace.

Togolese economist Kako Nubukpo criticized the CFA franc because the Central European Bank, instead of a centralized African bank, determines the financial policies that impact this currency, according to Global Voices. France requires African nations to hold 50% to 65% of its foreign reserves in France’s central bank to “guarantee the convertibility of the CFA at a fixed exchange rate,” Global Voices stated.

Africa also depends on the French military and aid to defend national security, promote political stability and curb threats of terrorism and extremism.

In 2014, France began a military operation in the Sahel, Operation Barkhane, sending 3,000 troops to combat terrorism and maintain regional stability, according to Brookings. France’s military-driven efforts to combat terrorism and instability in Africa are not the most effective, especially since military involvement failed to prevent coups d’état in Chad and Mali, according to Carnegie Endowment.

Unlike military engagement, French foreign aid is generally well received in Africa, as France remains a top contributor of support for the continent. France has expanded its foreign assistance recently, increasing its international development budget to 0.55% of its GDP. Paris plans to continue this course of increased aid with a 0.7% aid target by 2025.

French foreign aid contributes to humanitarian assistance and economic, social, and political development programs. These projects could improve the lives of Africans by cultivating new job opportunities and spurring further economic and technological advancement. One example is the development of a commuter rail line in Nairobi, Kenya, funded by the French government’s contribution of €3 billion.

Outside of the French government, many nongovernmental organizations fight poverty on the ground, including Médecins Sans Frontières (MSF). Commonly known as Doctors Without Borders in English, MSF is an NGO of French origin focusing on providing medical assistance to those in need. Working in more than 70 countries in 2021, MSF brings health care programs across the globe, with much of their work centered on impoverished Africans.

Even though France-Africa relations remain complex, French foreign aid, coupled with the work of NGOs like MSF and other foreign powers, contributes to the enduring battle to tackle poverty in Africa.