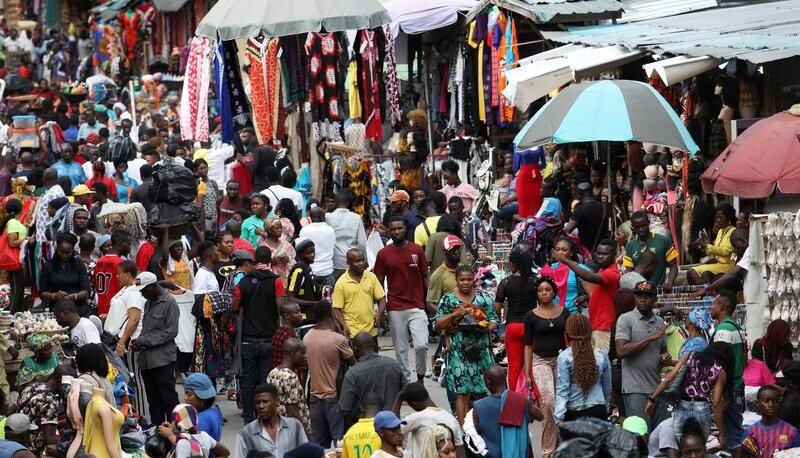 For the past ten years, Africa has recorded some of the world’s strongest rates of economic growth. At the same time, many African economies continue to function at well below their full potential. Structural transformation is needed to create more jobs, reduce poverty.

The African Development Bank’s High 5 priority areas are intended to support African countries’ achievement of the SDGS. They are Feed Africa; Light up Africa; Industrialise Africa; Integrate Africa; and Improve the Quality of Life for the people of Africa. Atta Abdul, Fatima-Zahra, Shuaibu, and Daniel are the faces of a continent that is being transformed. By betting on Africa’s youth, the Bank is banking on the future to make the continent a land of progress, prosperity, and hope.

Feed Africa
Since 2015, 74 million Africans have benefited from improved agricultural technologies through the Bank’s efforts to support increased food security on the continent. In western Mauritania, for example, the Brakna-Ouest irrigation infrastructure improvement project, supported by the Bank in the amount of $12 million, enabled 1 500 farming and livestock-producing families to return to cultivating their fields.

“We come from a farming and livestock-producing family and we grew up in that environment. Our harvest was very poor. We wanted to move somewhere else,” explains Atta Abdul Seck, a project beneficiary in Louboudou in western Mauritania. “As a farmer’s son, what I liked most when I returned was being able to continue farming. Farming is in my blood,” he says proudly.

Light up Africa
Without electricity, agriculture cannot effectively meet the growing challenge of food security in Africa. The Bank has made an investment in energy a priority. Since 2016, it has mobilized $12 billion for its “Light Up Africa” strategic priority. Through this investment, 13.4 million people have gained access to electricity.

Morocco has made significant progress in widening access to electricity. In just the past twenty years, the electricity system has expanded to cover almost the entire country. The national rural electrification program, supported by the Bank with 155 million euros, has connected nearly 12.8 million Moroccans to the national power grid.

In Dar El Aïn, a village twenty kilometers from Marrakesh, the arrival of electricity has opened new doors for the women of the “Al Amal” cooperative. They use electricity to process their wheat into couscous or create other barley or wheat-based products. “The cooperative processes local crops into added-value products. Now, with electricity, the women are much more efficient, and their products are of better quality. It creates hope,” says Fatima-Zahra, a thirty-year-old member.

Industrialize Africa
As part of the Bank’s “Industrialise Africa” priority, 9 million people have gained access to private financing. In Nigeria, for instance, where more than 70 percent of the population depends on agriculture, fluctuating harvests have significant repercussions on yields, income, and food security.

One solution is fertilizer, particularly if locally produced. The Bank provided $100 million to support the construction of a modern fertilizer plant in Port Harcourt. Shuaibu Yusuf, a farmer in his thirties who live near Port Harcourt, has experienced the impact of this project in his daily life. “When I used this fertilizer, I saw the difference. My harvest increased by more than 40 percent. I can feed myself, pay for my children’s education, and even their medical expenses,” he says. “I’m going to encourage my children, my neighbors, and members of my community to increase their farming activities so we can all progress together,” Shuaibu continues.

Integrate Africa
To derive more benefit from industrialisation, Africa must become better integrated in terms of trade and markets. Through integration, African countries can gain access to larger markets and thereby increase incomes for millions of residents through new opportunities. Since 2015, 69 million people have benefited from the Bank’s support for new transport infrastructure that has advanced integration. Gaps in the primary transport corridors have been filled, links between countries have been strengthened, and intra-African trade has been revitalised.

A good example of this is The Nairobi-Addis-Ababa corridor, which received$670 million in Bank financing and which has enhanced the potential for trade and job growth in Ethiopia and Kenya.

Daniel Yatta, a forty-year-old Kenyan lorry driver, has been transporting goods between Nairobi and Addis-Ababa for 15 years and has seen the new road’s impact on his business. “ Back in the day, it would take more than two weeks to drive between Addis and Nairobi,” he says. The new road has made his life much easier. “With the new road, the trip takes only a few days. With 30 tonnes of freight, it only takes about 24 hours to drive to Addis!” he continues.

Improve the quality of life for the people of Africa
An important part of improving living conditions is providing better access to essential services such as health, water, and sanitation. Since 2015, Bank-supported projects have given 43 million people access to water and sanitation.