Home Management The Cost Of Good Journalism In Nigeria 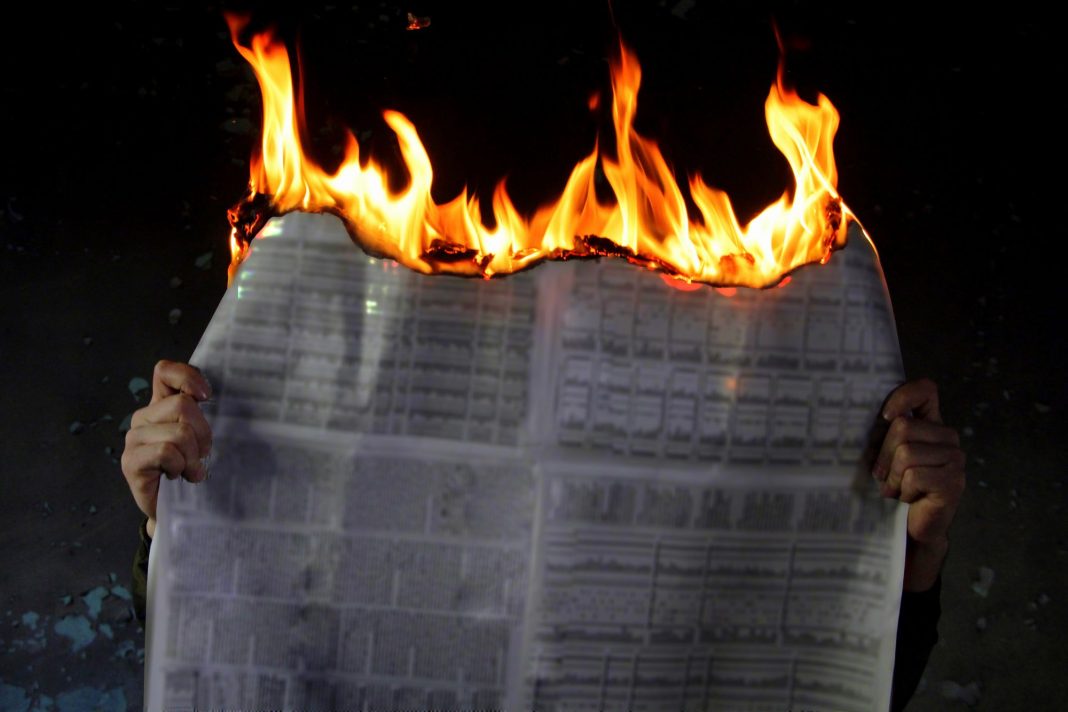 In the twilight of Dele Olojede’s publication, NEXT, a workforce that had grown to over 190 was down to roughly 20 people, many of them owed salaries. While Dele admits he and the management team made several bad business moves, the publication’s demise was also partly caused by the strength and audacity of its reporting.

Dele Olojede says that if he knew everything he knows about Nigeria now, he would not have started NEXT. He founded the publication to provide Nigerians with the information they needed to make better decisions and to get leaders to “think twice before acting”. Within 5 years, NEXT introduced a brand of journalism that was unlike the status quo.

Here’s an excerpt that highlights just how committed the publication was to doing great journalism:

“NEXT went to places that other news outlets simply would not. The team exposed the fact that Nigerian legislators are the world’s most highly paid and least effective, and it contextualized that information in terms of the salaries of ordinary civil servants like police and teachers. It exposed [one of Nigeria’s richest men] for “forgetting” to pay tax for five years: he himself estimated he was $600 million in arrears. The authorities were embarrassed into reacting, the first time the apparent immunity of the rich and powerful was so publicly breached. NEXT precipitated a change in government by exposing that then-President Umaru Yar’Adua was brain dead, while the nation was being assured he would be returning to the office. The team also broke the Haliburton scandal, which revealed that the oil company had bribed almost the entire Nigerian political elite.”

By 2011, it was out of business. According to Dele, distributors were bribed to exclude copies of NEXT from their newsstands, and this led to some advertisers pulling out due to the drop in circulation figures. Some other advertisers pulled out because they no longer wanted to be associated with the brand. Through various means, going as far as to blackmail, NEXT’s investors were put under pressure since they had most of their businesses in other sectors of the economy.

Dele also says that he “misunderstood the sheer difficulty of running a clean business in the Nigerian environment. If you don’t come from a position of real strength, the temptation to succumb is exceedingly high. You’re seen as an unreasonable person if you don’t hand out or accept bribes.”

The cost of good journalism in Nigeria

NEXT was a successful experiment until it wasn’t. Bad management decisions aside, what the publication did was excellent journalism, the stories its reporters broke, and their impact on politics and business in Nigeria are sufficient evidence.

Good journalism tells the truth, no matter the cost, and it is loyal to the people, above all else. Truth-telling and loyalty to the audience require independence, reliability, accuracy, and transparency. It also needs money to thrive. Journalists need to be paid well enough to chase the stories that truly matter. But as Dele Olojede discovered, and he admits, Nigeria is probably not ready to pay the price for that kind of journalism.

There are many ways to define good journalism. Mercy Abang defines it as journalism that “digs deep and performs the surveillance function for society.” For Nicholas Ibekwe, head of investigations at Premium Times, it “must speak truth to power.”

As things stand, Nigeria makes no room for this and, so, the journalists dedicated to doing good work do it despite the environment. For some, they have to get out of this environment either by relocating from the country or rendering their services to Western publications whose audiences see Nigeria (and Africa) through a narrow lens.

The feeble economics of Nigerian journalism

Globally, journalism operates in three markets, as highlighted in Stephan Russ-Mohl’s The Economics of Journalism and the Challenge to Improve Journalism Quality (2006).

Market 3 is how journalistic platforms make most of their money. In an ideal Market 3, there is enough room for a variety of journalists and advertisers to transact, there is sufficient economic growth on both sides to preserve the balance of the relationship, and there is minimal interference from political figures. But Nigeria is far from being an ideal market. Here, the relationship between advertisers and journalists is skewed in favour of the advertisers, the market for journalism doesn’t seem to have grown much over the past decade or two, Nigeria’s economy is anything but great and, to a large extent, proximity to political power influences business and economic success.

In some cases, journalists are owed financial benefits for months and even years. An example is that of Peter Ibe, a former editor at ThisDay. In 2011, he sued the publisher for withholding his salary and other entitlements, among other things, for many months. He also presented to the court how he had served as bureau chief of the newspaper in South Africa for 19 months and, during that time, the company did not provide his accommodation. Mr Ibe further asked that the court “order the Economic and Financial Crime Commission, the Press Council of Nigeria and the Federal Inland Revenue Service to investigate the defendants.” In 2015, he was awarded N1 million in damages by the National Industrial Court in Abuja. His situation is not unusual.

It is common for employers to owe journalists salaries while expecting maximum productivity from them. It is also common for publishers to withhold the salaries of their reporters with the expectation that their income would come from “brown envelopes” or billing PR personnel for writing about their clients. The idea is that by hiring them, the publisher has given said journalist a platform they can then leverage to enrich themselves in creative ways while the bulk of the platform’s revenue from advertising and sales goes into the publisher’s pocket.

Journalism and the valley of the shadow of death

Nigeria is not the most conducive place for journalists. The country has consistently ranked low on the World Press Freedom Index. Right now, it sits at 115th out of 180 countries. In 2019, it ranked 120th, and in 2018, it ranked 119th. Reporters Without Borders describes Nigeria as “one of West Africa’s most dangerous and difficult countries for journalists, who are often spied on, attacked, arbitrarily arrested or even killed…The defence of quality journalism and the protection of journalists are very far from being government priorities.”

Dele Giwa, Godwin Agbroko, Tunde Oladepo, Fidelis Ikwuebe, Bayo Ohu, Enenche Akogwu. These are all journalists who have been killed over the decades with no one brought to justice for their deaths. Dele Giwa’s story, in particular, is the stuff of legends. I grew up hearing accounts of his death by mail bomb on October 19, 1986, and several conspiracy theories surrounding it. According to the Committee to Protect Journalists (CPJ), at least 8 Nigerian journalists have been murdered in relation to their work since 1998. Many others have been imprisoned, tortured, or had their offices invaded by gunmen.

We cannot separate journalism and money; we cannot separate journalism and politics. From the very first days of the press until now, the nature and quality of journalism have always been defined by the economics and politics surrounding it. If journalists are not well-paid, and if publishers are not making enough money, they cannot do great work. If there is no freedom of expression, journalists cannot pursue the stories that truly matter.

A few platforms in Nigeria are looking at alternative and sustainable revenue sources to preserve their independence. We see more platforms publicly crowdfunding and asking their audiences to donate money. Last month, Premium Times’ editor, Dapo Olorunyomi, called on readers to join “a community that invests a modest donation to the making and sustainability of our accountability and fearless journalism .” More digital publishers are embracing the subscription model. BusinessDay and Stears Business are building their model partly around this. More platforms are selling special reports (TechCabal and Techpoint are examples) and promoting paid events. We also have publications running on donor funds and grants, which is neither ideal nor sustainable.

The conversation about the cost of journalism and the business models that support it is one worth having with more intensity and far greater excogitation than we have displayed so far. It is a conversation worth pouring millions of dollars into. If for no other reason, for the good of the people that journalism serves and for the future of a profession that must exist to keep society in check.

We have seen what the scarcity of good journalism can do to a nation, is this how we want to continue?

This article was originally published on David Adeleke’s newsletter on Substack: https://davidiadeleke.substack.com

David Adeleke is a former journalist, media, and communications expert. He is currently the Head of Communications, Eko Atlantic City. He is also a media and journalism fellow at the Charles Koch Institute.