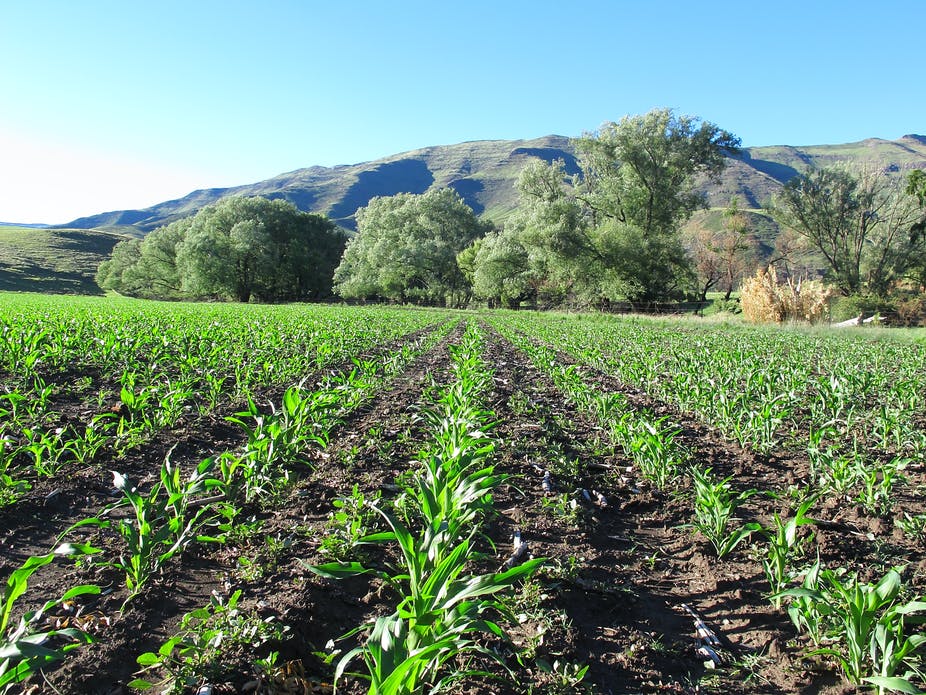 In response to the economic devastation caused by the coronavirus pandemic, most sub-Saharan governments are developing economic recovery plans. These will require some different thinking, particularly when it comes to agriculture. Wandile Sihlobo, the chief economist of the Agricultural Business Chamber of South Africa, explains to Michael Aliber, a professor of agricultural economics at the University of Fort Hare, what that new thinking might look like.

You have argued that governments should use the post-COVID environment to think differently about agriculture. What should be done differently?

African governments should have a fresh look at agriculture. This involves embracing technology (information technology, mechanical and biotechnology) and also private sector partnerships. There also needs to be confidence in the citizenry to manage their land parcels. This will involve the granting of title deeds or tradable long-term leases in various African countries. And in the case of better seeds, the evidence from South Africa is there for many countries to observe and learn.

The economic recovery from the pandemic therefore presents an opportunity for governments to explore available technologies that could help in the registration of land rights. These include global positioning systems, mapping and blockchain technologies.

This will help solve disputes and also with the tradability of land rights. This process can be piloted on agricultural land. The proper recording and confirmation of land rights will encourage individual entrepreneurs to invest in their farmland and thereby trigger the commercialisation and growth of the agricultural sector.

There are also examples of technologies that various countries could use to document land. Examples include the use of drones in India, and aerial photography in Rwanda. This would help change the troubling statistic that roughly 90% of rural land in Africa is not formally documented.

How would you envisage overcoming the concern that ambitious rights formalisation and documentation strategies tend to extinguish secondary rights, often held by women?

The overall intention is to ensure formalisation of land rights, with the objective of attracting investments in the agricultural sector and unlocking its potential.

Africa has, indeed, a history of disadvantaging women on land matters. Any strategy for the formalisation of land rights will have to be well thought out and transparent. The aim should be to ensure that there isn’t bias towards men and politically connected individuals as has been observed in land reform cases in South Africa.

Are you perhaps placing too much faith in technology?

To date, South Africa is the only country in sub-Saharan Africa that has embraced biotechnology. This is primarily because it’s the only country in the region that has adopted the use of genetically engineered cotton, maize and soybean seeds. Other countries that have done so include the US, Brazil and Argentina. In these countries, the use of the genetically engineered seeds has seen lower insecticide use, more environmentally friendly tillage practices and improvements in crop yields.

How productive is sub-Saharan African agriculture relative to other regions of the world? What can be done to improve yields?

There is compelling evidence of the increase in yields within the sub-Saharan Africa region. Consider South Africa. It produces about 16% of sub-Saharan Africa maize, according to the International Grains Council. But it uses a relatively small area of land – an average of 2.5 million hectares since 2010. In contrast, countries such as Nigeria planted 6.5 million hectares in the same production season but only harvested 11 million tonnes of maize. Nigeria’s output equates to 15% of the sub-Saharan region’s maize production.

South Africa began planting genetically engineered maize seeds in the 2001/02 season. Before its introduction, average maize yields were around 2.4 tonnes per hectare. That has now increased to an average of 5.9 tonnes per hectare as of the 2019/20 production season.

While yields are also influenced by improved germplasm (enabled by non-GM biotechnology) and improved low- and no-till production methods (facilitated through herbicide tolerant GM technology), other benefits include labour savings, reduced insecticide use, and improved weed and pest control. These labour-saving benefits, also for small-scale livelihood farmers, were also observed in a research study in the KwaZulu Natal province of South Africa.

Other countries like Kenya and Nigeria are increasingly field-testing genetically engineered crops. They should accelerate the process, and when it meets their scientific standards, should embark on commercialisation as part of the recovery from the economic slump caused by the pandemic.

Each country will have its domestic regulatory process which safeguards consumers and farmers. But these need not be too prohibitive to the extent that they disadvantage farmers. A case in point is Zimbabwe, where the importation of genetically engineered maize has recently been permitted but planting by domestic farmers is prohibited.

But high yield – that is the amount produced per unit area – typically means high input costs, which is one reason why small-scale farmers’ uptake of these technologies is limited. Also, won’t the emergence of larger and more commercially oriented and technologically capable African farmers result in agriculture absorbing less and less labour?

Africa’s smallholder farmers will generally struggle to access some technologies because of the associated costs. But if the goal is to ensure that the African continent can compete globally with the likes of the US, Brazil and Argentina, among others, then the focus should be on commercialisation of farmers and encourage the economies of scale on the continent. There have to be trade-offs. These include job losses in certain subsectors such as grains as farmers would be adopting more technologies.

But there are potential gains in other subsectors such as horticulture. If supported and developed to scale, these could create large numbers of jobs. Again, a case in point is South Africa, where there were job losses in field crops but horticulture created many jobs.

The key is to ensure job mobility so that people can progressively move to higher paying jobs in agro-processing and other subsectors.

Wandile Sihlobo is the author of Finding Common Ground: Land, Equity, and Agriculture