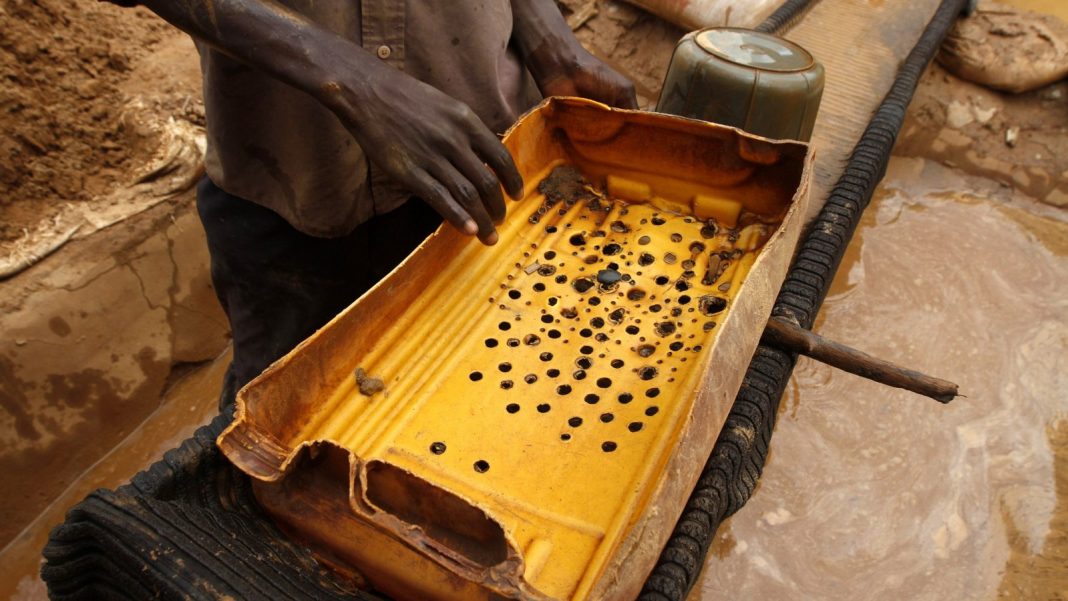 Insecurity in northwest Nigeria and much of Sahelian West Africa has its roots in tensions and competition over resources. Oft cited are shortages of land and water, driven by environmental degradation and climate change as well as rapid population growth. However, conflicts in the region over access to minerals—especially gold—are also heating up. Moreover, illicit mining causes environmental damage, thus exacerbating land and water shortages.

The mining sector in Nigeria benefits from substantial untapped solid mineral deposits, including gold and iron ore. (Mallam Nasir El-Rufai, the governor of Kaduna State, has claimed that a single local government area in his state has more gold than South Africa.) Nigerian federal and state governments are in the process of exploring how to develop the minerals industry, which, at present, accounts for less than 1 percent [PDF] of the country’s GDP. A major impediment is the predominance of artisanal and small-scale miners, who produce an estimated 80 to 85 percent [PDF] of Nigeria’s mining output.

This deprives the government of a potentially huge source of revenue: data from UN Comtrade reveals that between 2012 and 2018, about ninety-seven tonnes of gold worth over $3 billion was illegally smuggled out of Nigeria. Drawbacks from artisanal and small-scale gold mining (ASGM) in Nigeria go beyond lost revenue. Between 2010 and 2013, over seven hundred children died [PDF] in Zamfara State due to lead poisoning associated with ASGM activities. ASGM also contaminates surrounding land, water, and air with other toxic chemicals such as mercury.

Perhaps most damaging is ASGM in northwest Nigeria’s apparent links to criminal consortia. The region’s gold-tinged cash windfall has established new centers of power beyond the state’s control—a retired military officer told the International Crisis Group that ASGM activities had created “a fiefdom of deadly gangs”— leading to a destabilizing wave of rural banditry and criminality. The governments of Zamfara State—the epicenter of ASGM-related violence—and Katsina State have cautioned that proceeds from the illegal sale of gold are funding weapons purchases by armed groups.

In an attempt to sever what Zamfara’s police chief called a “strong and glaring nexus between the activities of armed bandits and illicit miners,” in April 2019 the federal government suspended mining in Zamfara State. The ban, which was largely ineffective, was lifted early last year. Numerous military and police operations in the northwest have also failed to restore security. Zamfara’s government has now resorted to offering repentant bandits two cows for every AK-47 they surrender as part of a peace initiative.

A nascent, alternative countermeasure has been the 2019 launch of the Presidential Gold Mining Development Initiative (PAGMI). An ambitious initiative, PAGMI is currently in early stages of implementation, with Kebbi and Osun States—the latter located in Nigeria’s southwest—serving as “pilots” before the program scales up to Kaduna, Zamfara, and Niger States. (Niger State borders to the south the North West geopolitical zone.)
The initiative aims to create over 500,000 new mining and formalized jobs and register thousands of artisanal miners in the national identity management system. By July of last year, about 20,000 miners had already been registered in Kebbi and Osun States. PAGMI allows artisanal miners to sell gold through the National Gold Purchase Program, which will be able to supply the Central Bank of Nigeria with much-needed foreign reserves.

PAGMI’s success—or lack thereof—will come down to implementation. When villagers who received food handouts during COVID-19 lockdowns were attacked by bandits, it highlighted the challenges the government faces in providing services in the northwest. The government will need to enhance security to allow it to interact with locals hoping to benefit from formalized ASGM. But a strategy to restore security that focuses on use of force will continue to fail. A well implemented, multilayered strategy, meanwhile, could herald the gradual restoration of peace and security in the troubled region—a necessity for kickstarting development in the face of resource shortages.

Prioritizing cooperation between the federal and state governments in the affected region is important yet insufficient. A more effective approach would empower local actors such as traditional rulers, district heads, women, and youth, all of whom have exhibited commendable resilience amid widespread insecurity, by providing resources to address social ills and establishing lines of communication for better information sharing. With lives and livelihoods at stake, time is a luxury the region does not have. A better approach is needed now.

Fola Aina is a doctoral fellow at King’s College London. He is an international security analyst with expertise on peace and security in the Lake Chad region and the Sahel region.