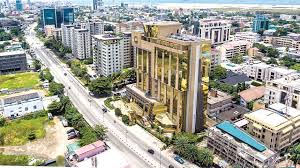 Last week, a$170 million ventureinvestment in Lagos-based Flutterwave, a payments processing startup, set the Nigerian tech ecosystem alight with excitement and pride. That’s because it is one of the few homegrown startups, with local founders and many early local investors, to earn the coveted unicorn status — a startup with a pre-exit valuation at over $1 billion.

It marks another significant validation of Africa’s budding fintech sector. On paper, five-year-old Flutterwave is already more valuable than all but a couple of Nigeria’s biggest banks.

In 2019, Nigerian startups were backed by more than$600 millionin venture capital funding. Africa, as a whole, received an inflow of over $1 billion in the same year, the first time the continent’s startups crossed the threshold.

But early on, it was never clear how investors would recoup their investment in these startups or exit their positions. Options for initial public offerings are limited, given the shallow capital markets in most African cities. For instance, Jumia, the e-commerce company serving 11 African countries, chose the New York Stock Exchange for its billion-dollar listing in 2019. But it is often cited as being a rare successful African startup IPO exit.

After almost a decade of investment and growth, insiders in the Nigerian tech — and African — startup community have often wondered privately, and in public, where the next significant exit would come from.

Osita Nwoye, an advisor to early stage startups, toldRest of Worldthat an exit from a startup built by Africans to solve African problems would be a “validation” of the work being done by local founders on the continent’s tech sector over the last decade.

So when news broke last October that U.S. payments giantStripe would acquire Paystack, a Nigerian payments processor, for more than $200 million, the local ecosystem heartily celebrated one of their own. Founded in 2015 by Shola Akinlade and Ezra Olubi, Paystack is based primarily in Lagos, Nigeria’s commercial capital, and serves about 60,000 customers. This was good news for different players within African tech on a “seismic” level, Nwoye said.

“For the first time at scale, it [Paystack] answered the question ‘where are the exits?’” said, Nwoye, who has advised several startups, including Paystack; he held “tiny” shares in the company for his work as an early advisor.

For local tech venture capitalists and investors, the acquisition provided an opportunity for them to show individuals reluctant to invest in technology that they could get handsome rewards if they bet on the nascent tech scene.

And for the employees, it “provided validity of tech as a career,” in a country where oil companies are often seen as the gold standard.

Perhaps less measurable but of no less importance is that Paystack’s purchase is being seen as an inspiration, indicating that Africans, too, can build world-class companies worthy of attracting global interest.

“We believe that Paystack’s story is proof that young people in Africa can solve the hard problems that face the continent, and we hope that it paves the way for more investment and support that will help them build their dreams,” Paystack’s head of growth, Emmanuel Quartey, wrote in an email toRest of World.

Paystack and Stripe are both alumni ofY Combinator, the prestigious startup accelerator, and the relationship between the companies began when Paystack was introduced to Stripe CEO Patrick Collison, who offered to invest, according to Quartey.

That offer resulted in Stripe,alongside Visa and Tencent, investing in Paystack’s $8 million series A round in 2018. The American company’s decision to buy the Nigerian startup was an easy fit in the end.

Stripe’s purchase of Paystack capped off a year of big-ticket acquisitions in African technology. MFS Africa, an African payments gateway,set the ball rollingin June, when it bought Beyonic, a digital payments provider in Ghana, Tanzania, Kenya, and Rwanda, for an undisclosed fee.

In August, WorldRemit, the London-based remittances company, reportedly paid$500 million to acquire Sendwave, a Kenya-based remittance company that allows people in Europe and North America to send money to seven African countries and Bangladesh. This represents the biggest-ever form of investment in an African technology startup.

The energy and excitement around Paystack last October has been sparked again with Flutterwave’s latest round, especially after Olugbenga Agboolarevealedthe next step might be a NYSE IPO. This would be a major boon for its homegrown founders and investors.

And it’s not just Silicon Valley or European funders who are showing interest in Africa’s tech scene; Chinese investors are also making a play for the industry. In 2019, OPay, a fintech company, raised$170 millionfrom Chinese investors.

African fintech startups have dominated the significant funding headlines on the continent because they are solving problems with legacy financial infrastructure or the lack thereof that hampers African economies.

Nwoye, the startup advisor, says fintech — particularly payments — is taking off in Africa because it is the backbone of every internet business on the continent.

“Without payments, there’s no commerce on the internet,” he says.

“Everything depends on payments, and, without payments, there’s no business, and everything falls apart.”

With the eagerly anticipated exits now a reality, there is a general feeling within the African tech industry that they could herald the beginning of a wave of international mergers and acquisitions involving African companies.

Razaq Ahmed, CEO ofCowrywise, a Lagos-based digital savings platform, thinks African startups have now “matured” and predicts more investment from both local and international players, partly due to low global interest rates and the success stories coming out of Africa.

“An important trend coming out strong from late last year is the increased appetite of local capital to participate in the startup ecosystem, says Ahmed. “That is bringing a new spice to the investment opportunityset.”

This article first appeared in Rest Of The World