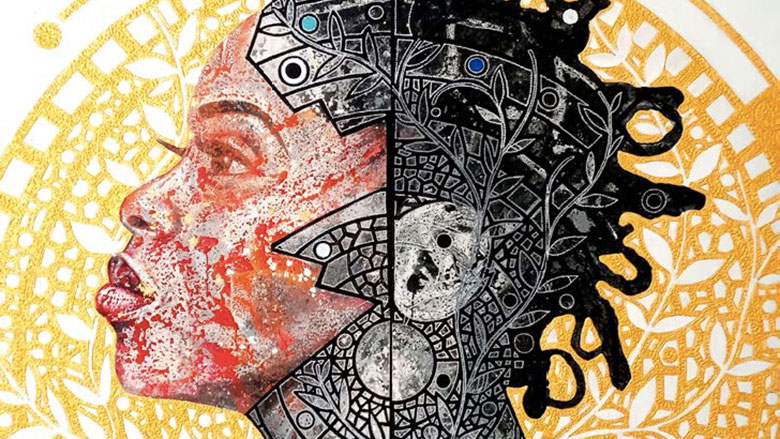 African economies are facing a COVID-19 induced crisis. Global demand for raw materials has collapsed. International tourism has virtually halted. And even wealthier governments on the continent have been unable to provide the financial support necessary to prop up their struggling sectors.

In response, African finance ministers in April asked creditors to reduce their debt repayments. Several economic leaders on the continent have similarly called for a two-year debt freeze and urged the IMF and World Bank to provide debt relief for low income countries. Among others, France’s President Emmanuel Macron has echoed these calls, saying “we must give African economies some breathing space”.

It is debatable, however, whether breathing space is what African economies need. Most governments’ economic responses to COVID-19 have been aimed at preserving the status quo and facilitating a return to normal. Yet that status quo – built on centuries of unequal global economic structures – has done little to promote prosperity in Africa.

However long a moratorium might last, it cannot be the solution to the current crisis. Rather, what is needed now more than ever is a pan-African campaign for the cancellation of debt repayments and for the continent to develop its own credit market.

Africa’s current economic crisis lies in the fact its economies remain fundamentally dependent on external financing. Remittances from the Global North accounted for over half of private capital flows to the continent in 2016. Foreign credit is almost always required to “invest” in developing natural resources. And key currencies such as the West African franc remain pegged to those of former colonists.

Moreover, Africa’s place in world economic structures is largely defined by foreign-led resource extraction. Raw materials make up more than three-quarters of Africa’s exports, meaning a drop in global demand affects the entire continent. This is exactly what has happened during the pandemic, leading to huge slowdowns.

South Africa, which produces 70% of the world’s platinum, suspended mining activities in late March. Angola’s diamond mining industry has dismissed large swathes of its workforce. And Guinea-Bissau, where 80% of jobs and 90% of the national budget are related to the cashew industry, is facing its lowest income in years despite expecting a high yield of cashews. Many more countries – such as Botswana, Burkina Faso, DRC, Ghana, Lesotho, Liberia, Namibia and Zimbabwe – have imposed serious restrictions on their own extraction activities.

None of this is new. Since the 16th century, Africa has been a place of both resource extraction – in the form of enslaved people, gold and minerals – and of external financing as European traders provided credit to their African counterparts to help finance the expansion of the Atlantic trade. These dynamics continued into the 19th and 20th centuries as colonialists financed a more intensive extraction of African crops and resources while setting unequal exchange rates. And they have been maintained in the post-colonial era as African elites move their wealth offshore and economies remain dependent on the global demand for natural resources.

The structural adjustment policies promoted by the IMF and World Bank following the 1970s oil crisis may have further entrenched African economies’ dependency on the export of raw materials. Meanwhile, large loans taken out recently may have increased African countries’ indebtedness to China. But these patterns simply replicate and build on the past 500 years.

A pan-African plan of action

The COVID-19 pandemic has, once again, exposed the structural problems at the heart of Africa’s place in the global economy. However, it also provides an opportunity to rethink a model that has failed the continent not just in this moment but for centuries. Rather than trying to return to normal – albeit with even greater debt and mass unemployment – African governments should take this rare chance to rebalance Africa’s relationship to global capital.

To do this, they could, firstly, seek not a moratorium on debt repayments but their cancellation. This would be a proportionate response given the size of the economic crisis. It would help African governments mobilise essential resources to support millions of people affected by economic and health impacts of the pandemic. It would be just given the tens of billions of dollars that leave the continent and end up in tax havens controlled by members of the G20. And it would hardly be unprecedented. There is a long history of debt cancellations in the West, including the forgiveness of French and German debt in 1934 and the abolition of Germany’s external debt in 1953.

Secondly, African governments could work together through the African Union and regional blocks to expand the continent’s credit facilities. The continent’s economies are struggling to access finance as external demand melts away and there is no sign of when it will return. In its place, however, a collective policy could be developed through pan-African banking systems such as Ecobank to “cash in” on capital held by members of the diaspora in the Global North. Each country could provide incentives to citizens overseas to hold their bank accounts in pan-African banking institutions as well as redoubling efforts to repatriate funds stored offshore. This in turn could help finance the expansion of credit lines across the continent as a whole.

Although they would be just a start, these twin policies of a debt cancellation campaign and increased credit – financed through the diaspora and pan-African banks – would bring money into African economies and significantly ameliorate the current crisis. In time, these policies could lead to an increase in credit for new local industries. But to happen, they require an urgent return to pan-African action. It is only with collective political will that these steps can begin to free African economies from a cycle of dependence and offer the first move away from the unequal capital relationships which have dogged the continent for centuries.

Carlos Cardoso is the Director of the Centro de Estudos Sociais Amílcar Cabral in Guinea-Bissau. He is the former Research Director of CODESRIA. Toby Green is a Senior Lecturer in Lusophone African History and Culture at King’s College, London. He was the recipient of the British Academy’s 2019 Nayef Al-Rohdan Prize for his book A Fistful of Shells. This article first appeared in African Argument