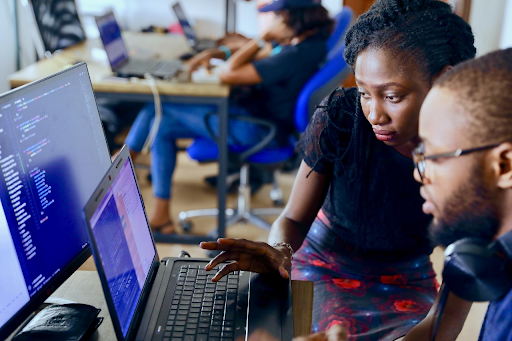 “We’ve all heard the story of the rising continent, the aspiring continent,” says Enase Okonedo, Dean of Lagos Business School (LBS). Indeed, Africa’s transforming fortunes in recent years have been well-documented. Historically stifled by political instability and infrastructural inadequacies, the continent has emerged as a favourable landscape for international business and a fertile hunting ground for management talent.

Business opportunities in the continent have grown to such an extent that enterprising multinationals can ill afford to ignore what prospects exist today. “In terms of business opportunities in Africa, I think there is increased cause for optimism going forward,” says Okonedo. “After taking into account growth over the past couple of years, increasingly, Africa is starting to matter on the world stage.”

In the past, Africa’s business climate has been called into question, with reservations in particular over the continent’s stability. Recent advances, however, have cemented its standing as a region rife with potential. “There are still pockets of instability in certain regions of Africa, there is still the sometimes increased cost of doing business, and there is also a lack of infrastructure in some cases. But I think that the benefits of doing business here more than adequately compensate for the difficulties,” says Okonedo.

Development and democracy
“I will say that over the last couple of years we’ve seen significant progress across Africa. First of all, I think that democracy has really come into its own, and so we’re now on the pathway to ensuring there is more stability. Sure there are still lapses, but steps have been taken, and I think that despite the risks, the promise of greater returns far outweighs the uncertainties.”

As Dean of one of Africa’s most prestigious business schools, Okonedo is well positioned to pass comment on the continent’s improved prospects and the many opportunities for multinationals looking from the outside in.

Established 30 years ago, LBS has shifted focus over the last five years or so to account for changes across the continent. Though still very much in the business of management education, LBS now focuses more broadly on developing managers for Africa and the world at large, as opposed to focusing on developing managers specifically for Nigeria.

“It has changed from being a very Nigerian-centric institution to being an African-centric institution on account of two factors,” says Okonedo. “The first is that new, global companies are looking to expand their operations in Africa, and the second is the emergence of what I call regional giants. This means there is an increased mobility among managers and that there is a greater demand for personnel that can operate across the entirety of Africa.”

Tapping Africa’s potential
Therefore, LBS plays an important role in equipping managers with the necessary skills to succeed across the entirety of African markets. And as an increasing number of multinational corporations look to the continent as a hospitable business locale, LBS strives to be seen as a viable partner for those looking to tap the continent’s potential.

“The two things that stand us apart are our knowledge of the continent and our emphasis on values and responsible leadership,” says Okonedo. “This, we feel, is what Africa requires at the moment.”

Backed by a wealth of experience in African markets and an understanding of what it takes to manage a company on the continent, LBS has lofty ambitions to be seen as the number-one performing business school in emerging markets by 2020. It’s no small task, but one that LBS is well equipped to take on, provided it continues to adapt as the continent grows.

This Is the Thing About Hybrid Work Most Companies are Missing.

How To Beat The Great Resignation With Human Experience Management