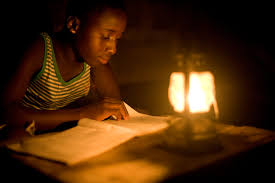 Babatunde Fashola’s office was buzzing like so many Nigerian workplaces, humming and whirring as diesel generators and batteries clicked on when the power cut out. That he is Nigeria’s power minister was an irony not lost on him. The fact that even the Power, Works & Housing Ministry cannot secure a reliable electricity supply from the national grid is a consequence of decades of underinvestment by the state. For critics of the government, it is proof of President Muhammadu Buhari’s failure to fulfill his promise to bolster Nigeria’s decrepit infrastructure.

The Buhari administration argues that it has done more than previous governments. But as it begins a second term this month, supporters and critics alike say it must intensify efforts to fix the power shortages that make Nigeria one of the least electrified countries in the world per capita and serve as a brake on Africa’s largest economy.

Fashola said his ministry was following the advice it gave Nigerians by going off-grid. “Hopefully by this time next year, all of these buildings will be completely solar,” he says. It is part of a plan by the government to bypass the moribund power sector with a “massive deployment of off-grid systems,” with policies that encourage the private sector to do the same. Read More: