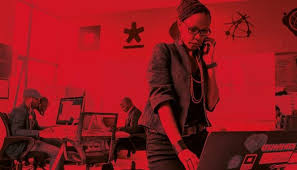 Over the past decade, “Silicon Savannah,” a cluster of tech incubators, coworking spaces, and startup hubs centered around Nairobi’s Ngong Road, has turned into a ubiquitous destination for technology. During that time, Kenyan products like money appM-pesaand mapping softwareUshahidihave enjoyed enormous success. Kenya, however, as well as many other countries in Africa, has done relatively little to support its growing tech sector. Now, that might finally be changing.

Last fall, the Kenyan governmentintroducedwhat is known as a “startup law.” If passed, the legislation would provide tax breaks, intellectual property protections, funding access, and other boosts to new businesses across Kenya — as long as they are majority-owned by Kenyans. The country is the latest of more than 10 nations in Africa to consider enacting similar laws, including Ghana, South Africa, the Democratic Republic of Congo, Mali, and Rwanda. Senegal and Tunisia already have their own versions on the books.

The wave of new legislation is meant both to help African tech companies thrive and also to ensure the wealth they create doesn’t leave the continent. “It’s a reflection of the maturity of the sector,” said Adedana Ashebir, the Africa manager at Village Capital, an investment firm that supports early stage entrepreneurs. While the African startup market is still smaller than that of Southeast Asia or Latin America, it has grown rapidly over the past few years. In 2019, more than $1.34 billion in venture capital funding poured into African startups, according to WeeTracker, an Africa-focused research and media company. That’s more than triple what the continent raised just four years ago. A recent report from Google and the International Finance Corporation estimates that Africa’s internet economy will be worth more than $180 billion by 2025.

Several of the bills under consideration, including Kenya’s, emphasize supporting local ecosystems and entrepreneurs. In 2019, eight of the top 10 African startup recipients of venture capital funding were led by foreigners, an analysis fromThe Guardianfound. EvenJumia, the continent’s first company to secure a billion-dollar valuation, has two French co-founders, is headquartered in Dubai, and was incorporated in Germany. “Someone coming from Silicon Valley has access to connections and venture capital,” said Linda Bonyo, a Kenyan lawyer and the founder of Lawyers Hub, a legal and technology policy organization. “But those in Kenya don’t have that.” Bonyo said that, while the law may sound restrictive, she doesn’t think it will necessarily deter expat entrepreneurs from coming to the country.

African nations haveknown for yearsthat technology would be a major driver of economic growth, spurring the need for new regulations and intercontinental collaboration. But startup laws have still taken a significant amount of time to formulate. “We put together our first white paper about what a startup law framework would look like in 2014, but we have only recently started the policy-consultation process with our government,” said Matsi Modise, vice chairperson of Simodisa Start-up, an organization that promotes tech entrepreneurship in South Africa.

Tunisia became the first African country to pass a startup law in 2018. Walid Hached, a Tunisian entrepreneur and the founder of the country’s first coworking space, said the regulation was a byproduct of the Tunisian Revolution, a pro-democracy movement that led to the ousting of longtime President Zine el-Abidine Ben Ali in 2011.

Before the revolution, Hached said, the Tunisian economy was largely controlled by the government and a select group of well-connected families. “It wasn’t easy to start a business, and even if you were successful, it was likely you’d eventually be approached by one of these families to ‘share’ the value you’d created,” he said. The revolution helped usher in new freedoms related to speech and assembly, which, Hached said, have allowed stakeholders to come together and discuss policies they want the government to enact.

The Tunisian legislation outlines which businesses count as startups and has created a system for them to apply for formal recognition by the state. Those that qualify can receive government grants as well as a corporate tax exemption. Founders can even have the cost of their salary covered during the first year their startup is in business.

Tunisia’s law has since served as a model for other countries in Africa. “We used to look to Europe and the West — now we are looking to each other,” said Salma Baghdadi, the government policy director overseeing the law’s implementation.

In Senegal, support from the country’s president, Macky Sall, jump-started a bill aimed at regulating startups, but it nonetheless took years to get the law in place. “The government is still in the process of implementing some of the legislation,” said Eva Sow Ebion, the community director of i4Policy, an organization that works with governments in Africa to develop innovation policy.

In Ghana, startup legislation is also supported by the president’s office. Franklin Owusu-Karikari, a government policy director, said he hopes a startup bill will be introduced in Parliament during the current term. He began working on it two years ago, after visiting Tunisia and learning about its law.

While every country is different, most of Africa’s national startup laws address the same handful of major issues — in particular, the neglect of early stage entrepreneurs. Proposed legislation in Ghana, like in Tunisia, would provide formal recognition to startups, entitling them to tax breaks, intellectual property rights, and special access to markets. “We want young people to know the law is backing them to create opportunities here,” said Owusu-Karikari.

The conversations happening among investors, founders, and policymakers could also be useful in themselves. “No one law will be perfect,” Village Capital’s Ashebir said. “But I think the benefit of these policies is that [they are] allowing everyone, including the government, to speak the same language, truly define what a startup is, and gather data about the sector.”

Startups don’t exist in a vacuum. Continued investment in internet infrastructure, education, and digital literacy will also help make Africa a friendlier environment for innovation in general. “For us in South Africa, corruption remains a big problem,” Modise said. “We cannot have a truly thriving country, or a truly thriving startup economy, when corruption remains endemic.”

In Tunisia, Hached said, restrictions on international companies are handicapping the country’s entrepreneurs. How can they hope to design products for a world they often can’t access? “We don’t have Uber in Tunisia; you can’t access Netflix here. And when you have a Tunisian passport, you can’t travel the world to see what other people in other countries are doing, like someone from Europe can,” Hached explained. “If we want our entrepreneurs to be able to compete, they have to know what else is out there and be able to learn.”

Ashebir noted that, in Africa, startups tend to be closely connected to the development sector. A significant amount of investment is awarded to entrepreneurs solving problems related to things like agriculture or climate change. “We need people building those solutions,” she said. “But I would love to see the sector get to a place where we are seeing an African Airbnb or innovations around gaming and fashion: things that focus on joy and fun and creativity, not just problem solving.”

This article first appeared in Rest Of The World