Home Interviews Women are the Biggest Beneficiaries in my Sugar Factory 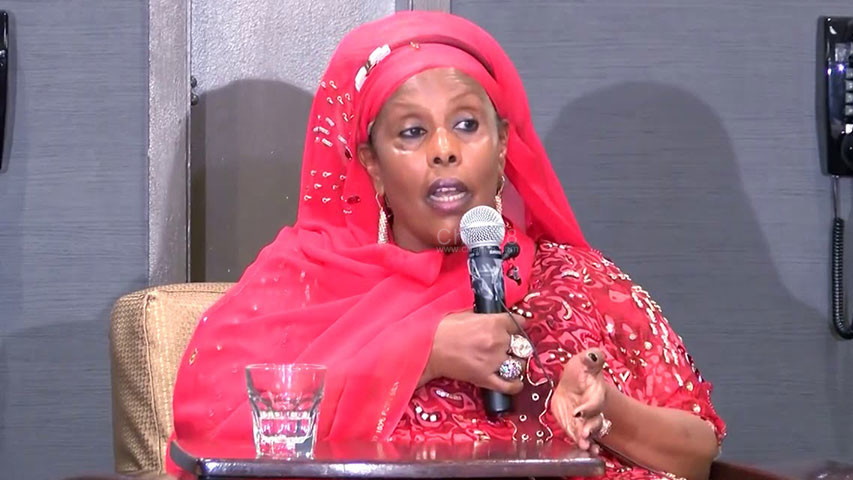 Atiak Sugar Factory will produce 50,000 tonnes of sugar per day when it goes into operation in April 2020. But it will also create and sustain livelihoods for thousands of workers and farmers – in an area of northern

Uganda that until recently was devastated by conflict. The project is being driven by Dr Amina Hersi Moghe, CEO of Horyal Investment.

The Atiak Sugar Factory is expected to bring significant prosperity to the region. Located more than 300km from Kampala, in the Amuru District of Northern Uganda, the factory will occupy 16,000 acres and is expected to be fully operational in April.

Sugar will be the first major industry to be rebuilt after the cessation of hostilities in Northern Uganda, where thousands of people were displaced by the brutal war waged by Joseph Kony’s LRA rebels. The construction of this factory is a milestone in facilitating that recovery and will create thousands of jobs for local workers. What is particularly unique about the Atiak Sugar Factory is its focus on empowering women to become the main suppliers of sugarcane in the region.

When fully operational, the factory will have the capacity to produce 50,000 tonnes of sugar on a daily basis, using sugarcane entirely supplied by the farmers in our cooperative. This will ensure there is plenty of work to support the local economy. The Atiak Sugar Factory will also employ more than 1,500 workers, presenting further opportunities for those living in the Amuru District.

Dr. Moghe’s entrepreneurship spirit has seen her become one of the largest investors in the sugar industry in Uganda. Her holding company Horyal Investment’s portfolio includes the multimillion-euro Oasis Mall in Uganda and the Atiak Sugar Factory.

in this interview with European CEO, Dr Amina Hersi Moghe discusses the benefits of the factory, and why she decided it was so important to empower local women and give back to society.

Tell us about the factory. What’s its business model, and what do you hope it will achieve?

Atiak Sugar is an agri-business factory where we are doing value-addition from the sugar plantation into production of sugar.

This project is very good because it has three components: one, me as an investor; second, the government as a co-investor; and the people, the community are also part of it, because they’re the ones who are growing the cane.

And this is a very big thing in northern Uganda, because this is an area where there was war, for the last almost 20 years. People were hopeless. But now, this new project that I have has changed all the battlefields into green fields.

It has already given momentum. The women are the ones who are the biggest beneficiaries in my factory. So I think it is a very good thing for both the government and as ourselves.

You’re working with the Uganda Women Entrepreneurs Association on this project; tell me about that partnership.

So when this opportunity came, I realised this was a call from my creator that I should give back to the women. And I’m happy to say now that the chairperson and the owners of Atiak Outgrowers Association – which is the women who are the 3,000 working for me – come from the Uganda Women Entrepreneurs Association. So it was very, very good. And when I’m working with them, what they always tell me is that a woman who is wealthy, is a wealthy society. A wealthy society is a wealthy nation.

So I’m happy God has blessed me, in that I am giving back to society.

Now you did experience some challenges with the surrounding infrastructure during development; tell me more?

Well, when I went myself it was like a deserted place. There were no roads, I had to come in to do the opening of the roads. Water, we don’t have water – although we have rivers there, I had to get boreholes to go to the houses and all that. So the cost of doing the whole infrastructure was very, very, very high.

But I was already convinced from when I came, and I said, even if I lose everything, these people need help. Because I felt if a person like me, who has already been blessed in the country, cannot take this risk, I don’t think anybody else will ever take the risk, and change this place.

So I’m happy that the government, as they have partnered with me, are also helping me on the infrastructure. They have really helped to really transform this place.

It’s been a long road to get here; as of time of filming we are mere weeks away from the factory going into production, currently scheduled for April 2020. What is the timeline for the coming year, and what does the future hold for Horyal Investment?

We are going to start the factory by April this year, and we are looking at production in the year of about 60,000 tonnes.

I’m happy that we have already grown the cane, so to do that production will not be difficult. And we are thinking to immediately expand our capacity. So that also will add up into our GDP: money going to the people.

The other products we are looking at: we’re already going to produce 6 MW power, but immediately when we increase our capacity we will go to almost 18 MW.

We will also be able to produce ethanol, paper, a carbon dioxide distillery. So I am very, very happy, and I know Atiak Sugar is going to bring a lot of other blessings in the people.

This interview was originally published in European CEO Magazine.